Kuwaiti national charged with theft in Baguio nabbed in Malate 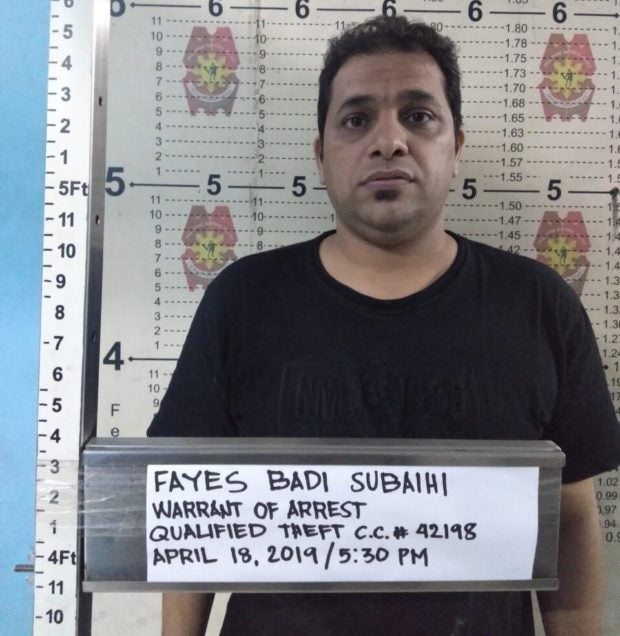 This photo shows a mug shot of Fayes Badi Subaihi, a Kuwaiti national, who is a subject of a warrant of arrest for a qualified theft case in Baguio City and arrested in Malate, Manila recently. Photo from Manila Police District

MANILA, Philippines — A Kuwaiti national, facing a case for qualified theft, has been arrested in Malate, police said Friday.

According to police, Subaihin was arrested after he and 23-year-old Baraa Mohammed Maywash, student of Monol International Education, were taken to the police station by barangay officials following a heated argument.

Police consequently learned from Maywash that he filed a case of qualified theft against Subaihi last January 2019 in Baguio City, and that a standing warrant of arrest has been issued by Baguio City Regional Trial Court Branch 60 against the suspect.

The Baguio City Police Office also confirmed with Malate police that the suspect is indeed a subject of an arrest warrant for qualified theft.

Lt. Col. Bobby Ganipac , commander of Malate police station, said the suspect is being detained at their station, as of this posting, but will eventually be brought to Baguio City to face his case there.