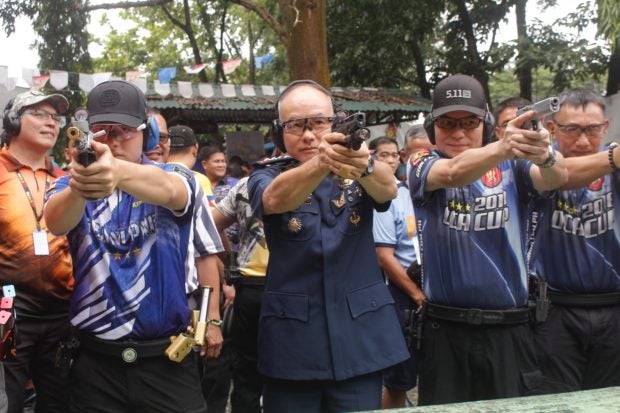 Albayalde said his recent visits to police provincial offices aim not only to muster troops in preparation for the May 13 elections, but also to direct his subordinates to launch more offensives against the armed rebels.

“Makakaexpect tayo ng mas maraming opensiba [from the PNP] (We can expect more attacks from the PNP),” the PNP chief told INQUIRER.net in an interview.

Albayalde said he had also instructed commanders of mobile groups and other local units of the PNP to conduct targeted operations against the NPA.

(They have to launch three minor and one major attack. They have to go and conduct what we call intelligence-driven internal security operations. It means they should have a target.)

Also last month, a police officer died and another was injured after an encounter with NPA rebels in Bauko, Mountain Province, on the same day when Albayalde led a command conference of Police Regional Office Cordillera in La Trinidad, Benguet.

The government considers the Communist Party of the Philippines and the NPA as terrorist organizations based on Proclamation No. 374 signed by President Rodrigo Duterte in December 2017. /jpv