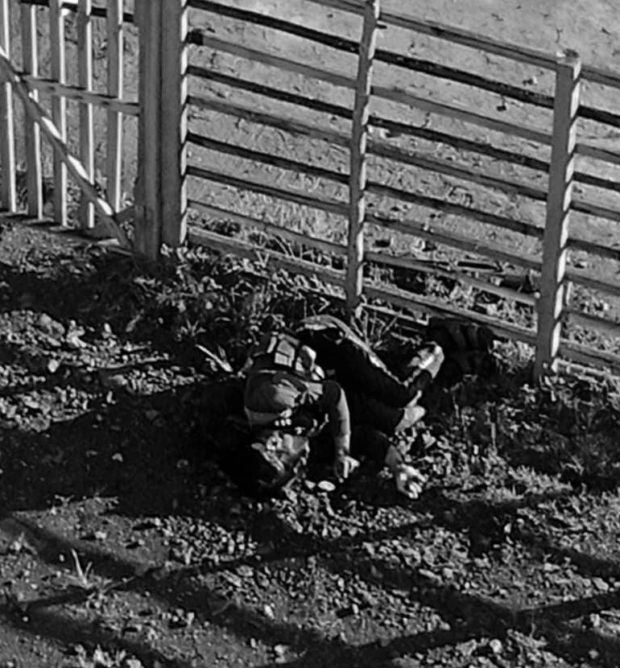 One of the three slain NPA rebels lies in front of the Victoria police station in Northern Samar. CONTRIBUTED PHOTO

Police Col. Reynaldo Dela Cruz, provincial director of the Northern Samar police, said in an interview with DZBB that armed men attacked the Victoria municipal police station at around 3:44 a.m.

Police also captured another suspected NPA rebel, a college student in his 20s who yielded an M-14 rifle.

Dela Cruz said two police officers were injured in the attack but are now in stable condition.

Lt. Col. Bella Rentuaya, spokesperson of the Police Regional Office in Eastern Visayas, said some 50 rebels were clad in military uniforms and were aboard several vehicles when they swooped down on the police station on the eve of the NPA’s 50th founding anniversary.

The firefight lasted for several minutes before the rebels retreated. /gsg