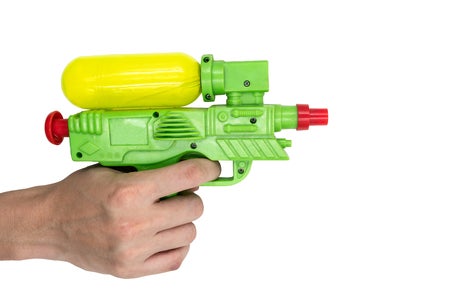 A 71-year-old man in Florida, United States was arrested for shooting at a woman who was walking her dog — he used a squirt gun filled with his own urine.

Joel Benjamin approached the 50-year-old unnamed woman and fired at her the squirt gun on Saturday night, April 13, The Smoking Gun reported.

Benjamin was later arrested for the crime. When questioned by a Gulfport Police Department officer, he admitted what he did and said he would “do it again.”

“I lost my f*cking temper and shot her in the face with my squirt gun filled with piss,” he was quoted as saying.

A source in the report cited that Benjamin may have done the act because he was angry at his neighbors who do not curb their dogs. Benjamin and the victim happen to live in separate apartments in one complex. He denied that he fired at the woman because of the neighborhood dispute.

A later update on the report stated that the man made up a tale about being under government surveillance since 2011, further claiming that the victim he fired his urine at was “a paid snitch” spying on him.

The suspect was booked in the Pinellas County Jail, where he spent 18 hours and was later released on a $500 (over P25,000) bond. He was slapped with a misdemeanor battery charge. Katrina Hallare/JB

Substitute teacher gets sacked for bringing bullets to preschool class