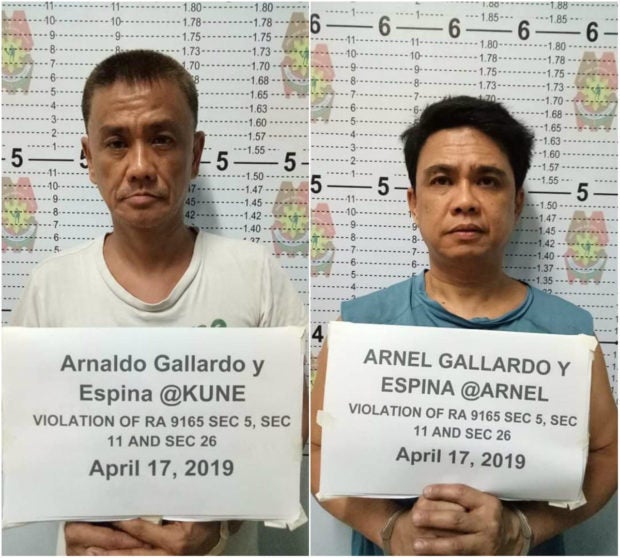 Photos from the Eastern Police District

Drug suspect Arnaldo Gallardo, 55; and Arnel Gallardo, 50, who were both residents of M. Salvador St. Barangay San Perfecto, were arrested after they sold P500 worth of shabu (crystal meth) to an undercover police officer during the operation.

Confiscated from the suspects were nine pieces of heat sealed transparent sachets of suspected shabu.

The Gallardo brothers were detained at the San Juan City police custodial facility and will face charges for violation of Comprehensive Dangerous Drugs Act of 2002. /jpv