Priests from various dioceses attended the Mass to celebrate the gift of priesthood and renew their commitment to priestly service.

During the Chrism Mass, bishops consecrate chrism or the holy oil used in different Catholic rituals like baptism, confirmation, and for anointing the sick. 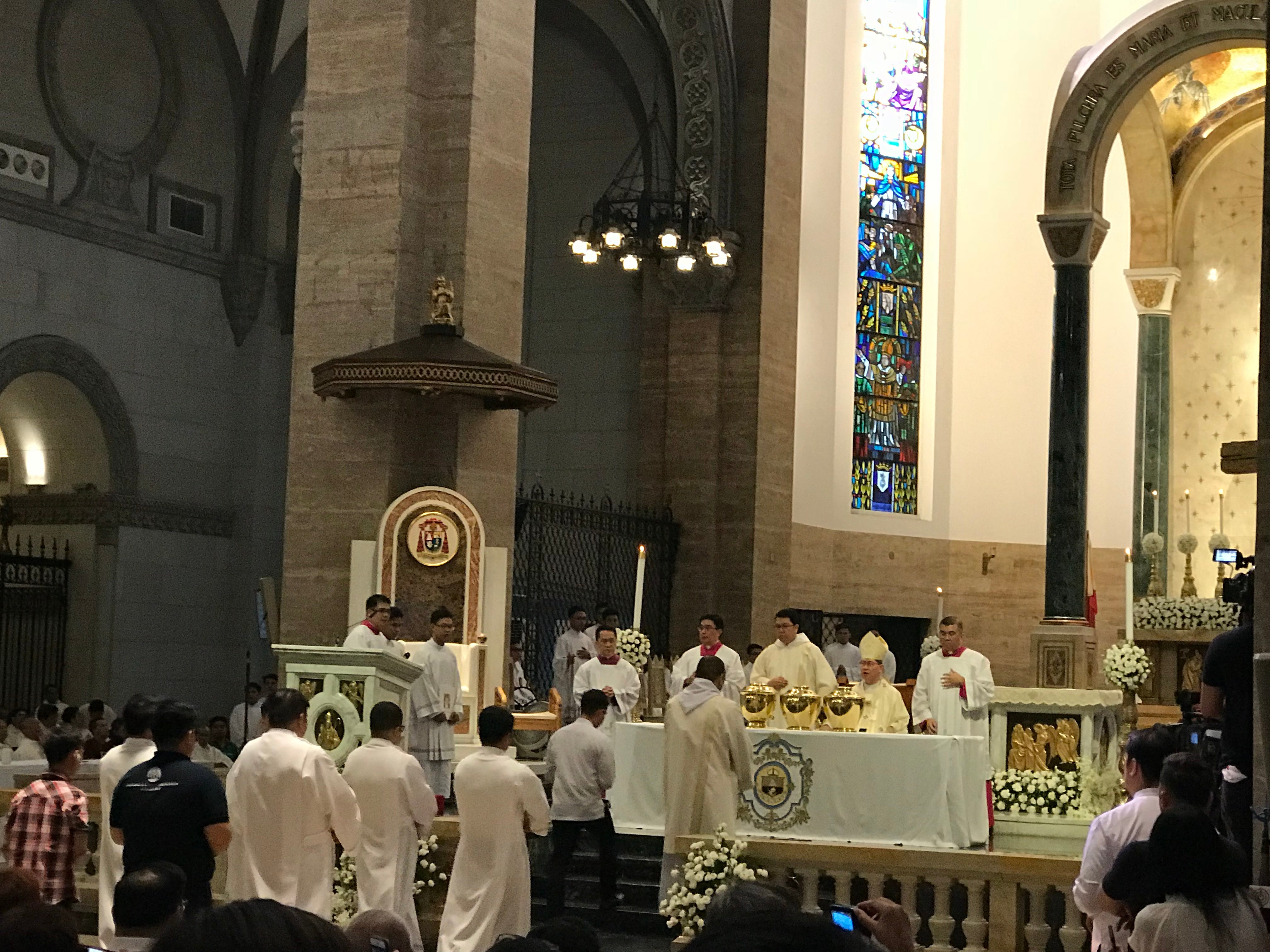 Cardinal Tagle blesses vessels of the chrism or holy oil during the Chrism Mass on Thursday at the Manila Cathedral. Photo by Krissy Aguilar / INQUIRER.net

Priests would then bring the holy oil to their parishes after the Mass.

Cardinal Tagle will also preside the “washing of the feet” during the evening Mass of the Lord’s Supper at 5:00 p.m. Maundy Thursday. /kga Read Next
Cardinal Tagle: Deliver good news instead of fake news, hate speech
EDITORS' PICK
DILG to stranded workers: ‘Stay where you are’ until Luzon-wide quarantine is over
DILG says middle class will also get govt aid during Luzon-wide quarantine
IATF: Food firms to operate with 50% of workforce during Luzon quarantine
UP-PGH wards for COVID-19 patients finished in 5 days
Cebu City closes its borders
Style and music journeys with Claudia Barretto
MOST READ
Locsin blasts DOH for blocking entry of Chinese doctors
Another doctor dies due to COVID-19 in Cebu City, doctor-husband critical
DOH pressed to expand, speed up virus testing
No more bread? Company forced to limit production
Don't miss out on the latest news and information.