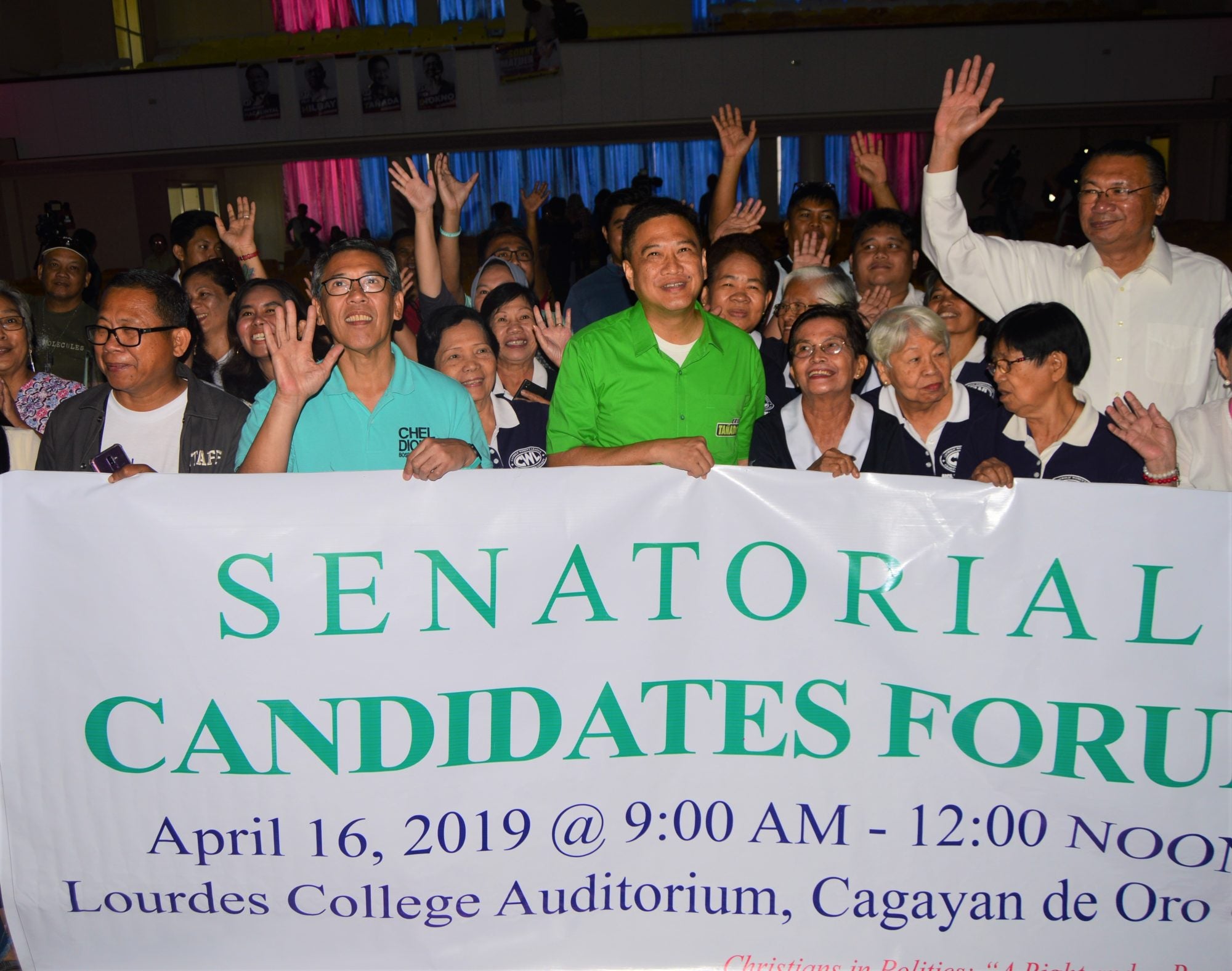 CAGAYAN DE ORO CITY –- Opposition senatorial hopefuls have challenged the administration candidates Tuesday to go with them or go on their own to the Scarborough Shoal, a part of the contested waters in the West Philippine Sea (WPS), to see for themselves the real situation there.

“If they want to come with us to the Scarborough Shoal, why not? They should accompany us and see what is actually going on there,” said senatorial candidate Jose Manuel “Chel” Diokno.

Diokno put out this challenge as his group, Otso Diretso, vowed to push through with their planned trip to the shoal, probably after Holy Week.

Speaking to reporters after the senatorial candidates’ forum at Lourdes College here, the lawyer said he and his fellow candidates were determined to go to the Scarborough Shoal after the Philippine Coast Guard cleared them for a visit to the disputed maritime territory.

Diokno said they were just finalizing the common time and date for all the Otso Diretso candidates to go to the Shoal as each of them had been very busy with their group and individual campaign sorties.

Every Filipino has the right to go not just to the Scarborough Shoal but also to all the Philippine territorial jurisdiction in the WPS, he said.

“We are not there to fight the Chinese. If they see us, a group of civilians, I don’t anticipate any kind of hostility [from the Chinese military],” Diokno said.

If the Chinese military will drive them away, they will assert their right through civil means.

“If they use force against us, it’s on them,” he added.

Diokno has agreed with other analysts and political leaders that the country, acting on its own, could not achieve as much, but only if the Philippines seeks the help of other nations, especially those who are also staking claims on the disputed waters.

In 2016, the Permanent Court of Arbitration based in The Hague ruled that China’s claim in the WPS is invalid under international law and that it has violated the Philippine sovereign right. /lzb