Only 3% of candidates registered websites – Comelec

MANILA, Philippines — With only less than a month before May’s midterm polls, only a few national and local candidates have complied with the Commission on Elections (Comelec) requirement for candidates to register websites and social media accounts.

The compliance rate was only about 3 percent among national and local candidates, according to a report released by the poll body.

Under Comelec Resolution No. 10488, all candidates, political parties and party-list groups must register the website names and addresses of their official blog and/or social media pages.

Failure to do so shall be considered an election offense, which carries the penalty of one to six years imprisonment, removal of right to vote, and disqualification to hold public office.

As of April 4, only 1,473 of the 43,554 candidates had registered their websites and social media accounts, the Comelec reported.

Of the 62 senatorial candidates, only 29 have been compliant.

For party-list groups, 69 of the 134 groups had complied with the Comelec requirement.

Of 633 congressional candidates, 58 had registered their websites and social media accounts.

Eighty-five candidates for provincial board members of the 1,733 candidates had registered.

Among candidates for councilor, only 944 out of 33,064 aspirants had complied.

The Comelec has said that since social media in the country are unregulated and distribution of campaign materials on the internet is largely free, it can monitor only expensive websites or those with well-produced videos or have celebrities as endorsers.

Comelec spokesperson James Jimenez earlier assured the public that the new rules would not regulate the content of social media but only their cost. 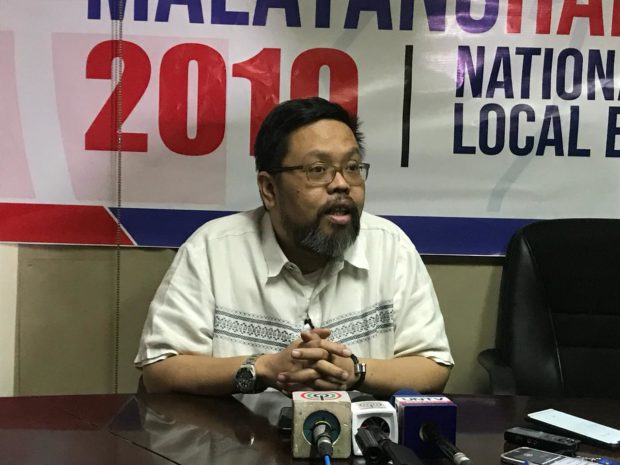 “Social media will remain a free market of ideas, but within the context of keeping the elections orderly, such as reporting of expenses and reporting of costs,” Jimenez said in an earlier interview.

“What we will do is to ensure whenever you put something out [on] social media, it will be regulated in terms of cost and platform used,” he said.

Under Resolution No. 10488, lawful election propaganda include “social media posts, whether original or reposted from some source, which may either be incidental to the poster’s advocacies of social issues or which may have for its primary purpose, the endorsement of a candidate only.”

Also allowed are paid advertisements — whether broadcast, internet, mobile, print or outdoor media — which are compliant with election regulations.

“When the Comelec resolution on election guidelines, including the ones on social media use, was promulgated in January, we already wondered how the pertinent provisions on online campaigning can be enforced,” the group said.