Duterte determined to complete land reform by end of term 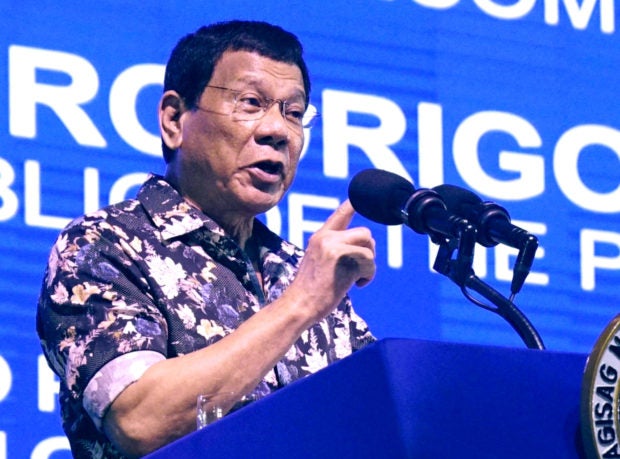 CAGAYAN DE ORO CITY — President Rodrigo Duterte declared on Saturday, April 13, that he was very determined to take back government land leased to different entities and distribute them all to agrarian reform beneficiaries.

The President made this statement in his speech at the Bukidnon capitol grounds during the Kaamulan Festival in Malaybalay City.

He reminded those having a lease agreement with the government on huge tracts of land that he would distribute those landholdings to the landless.

He said those who had already been identified by the Department of Agrarian Reform (DAR) as would-be landowners should be given the land due to them.

“Those already declared to be beneficiaries must be placed in their position,” the President said.

Having three years left in his term, he said he had instructed the DAR to complete the land reform program.

“Those who have worked hard for the land must deserve it,” he said.

The President also said it was just unfortunate for corporations who had been renting land from the government as he would take it back and give it away to the landless.

“If they say they have invested so much, I don’t care. The law must be followed,” he said. “The law says the land reform should benefit the agricultural tenant. That’s the law and there’s nothing I can do about it.”

He cited what happened on Boracay Island when, after the shutdown and its clean up, the indigenous people living there were given portions of land. /atm