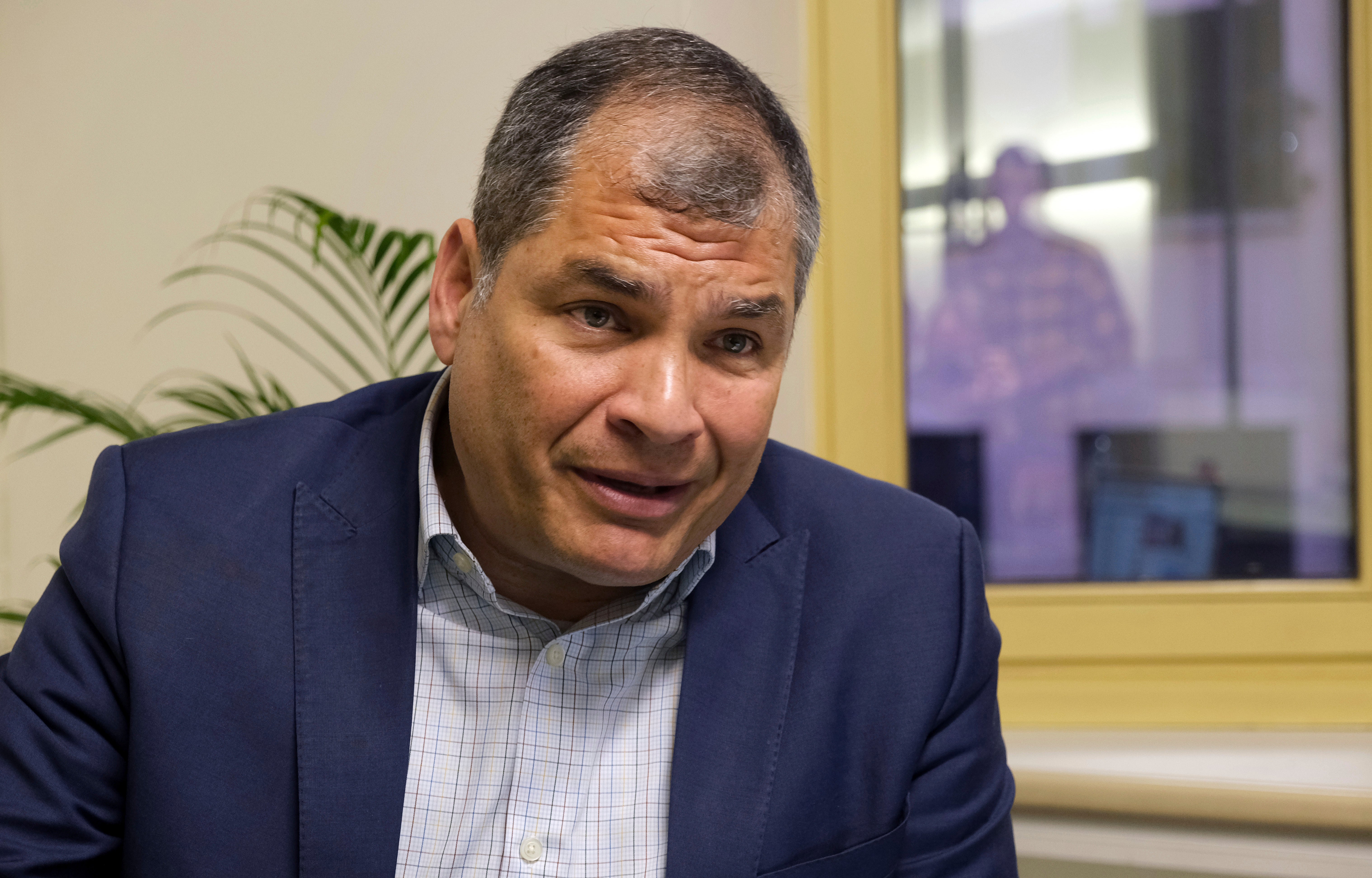 Former President of Ecuador Rafael Correa speaks during an interview with The Associated Press in Brussels, Thursday, April 11, 2019. WikiLeaks founder Julian Assange was forcibly bundled out of the Ecuadorian Embassy in London and into a waiting British police van on Thursday, setting up a potential court battle over attempts to extradite him to the U.S. to face charges related to the publication of tens of thousands of secret government documents. (AP Photo/Mike Corder)

QUITO, Ecuador  — Facebook has blocked the page of former Ecuadorian President Rafael Correa in what the firebrand leader is lambasting as part of a “brutal persecution.”

The page where Correa posted messages to his followers disappeared Thursday.

When asked about the page’s removal, a Facebook spokesperson said the social media company prohibits users from sharing private personal information like financial records that may “compromise the identity of people using our platform.”

Correa has been posting information online about an offshore bank account allegedly used by the brother of Ecuador’s current president, Lenin Moreno, to stash millions.

Moreno is Correa’s ex-ally-turned-nemesis and has not been directly tied to the account.

On Twitter, Correa said his page’s removal was “another show of desperation” over what he and others are dubbing the “INA Papers” scandal.  /muf

Read Next
Kim Jong Un says he’s open to another summit with Trump
EDITORS' PICK
Cebu City closes its borders
IATF: Food firms to operate with 50% of workforce during Luzon quarantine
BREAKING: 1,075 people in PH has coronavirus disease – DOH
UP-PGH wards for COVID-19 patients finished in 5 days
Style and music journeys with Claudia Barretto
DILG to stranded workers: ‘Stay where you are’ until Luzon-wide quarantine is over
MOST READ
Locsin blasts DOH for blocking entry of Chinese doctors
Another doctor dies due to COVID-19 in Cebu City, doctor-husband critical
DOH pressed to expand, speed up virus testing
No more bread? Company forced to limit production
Don't miss out on the latest news and information.