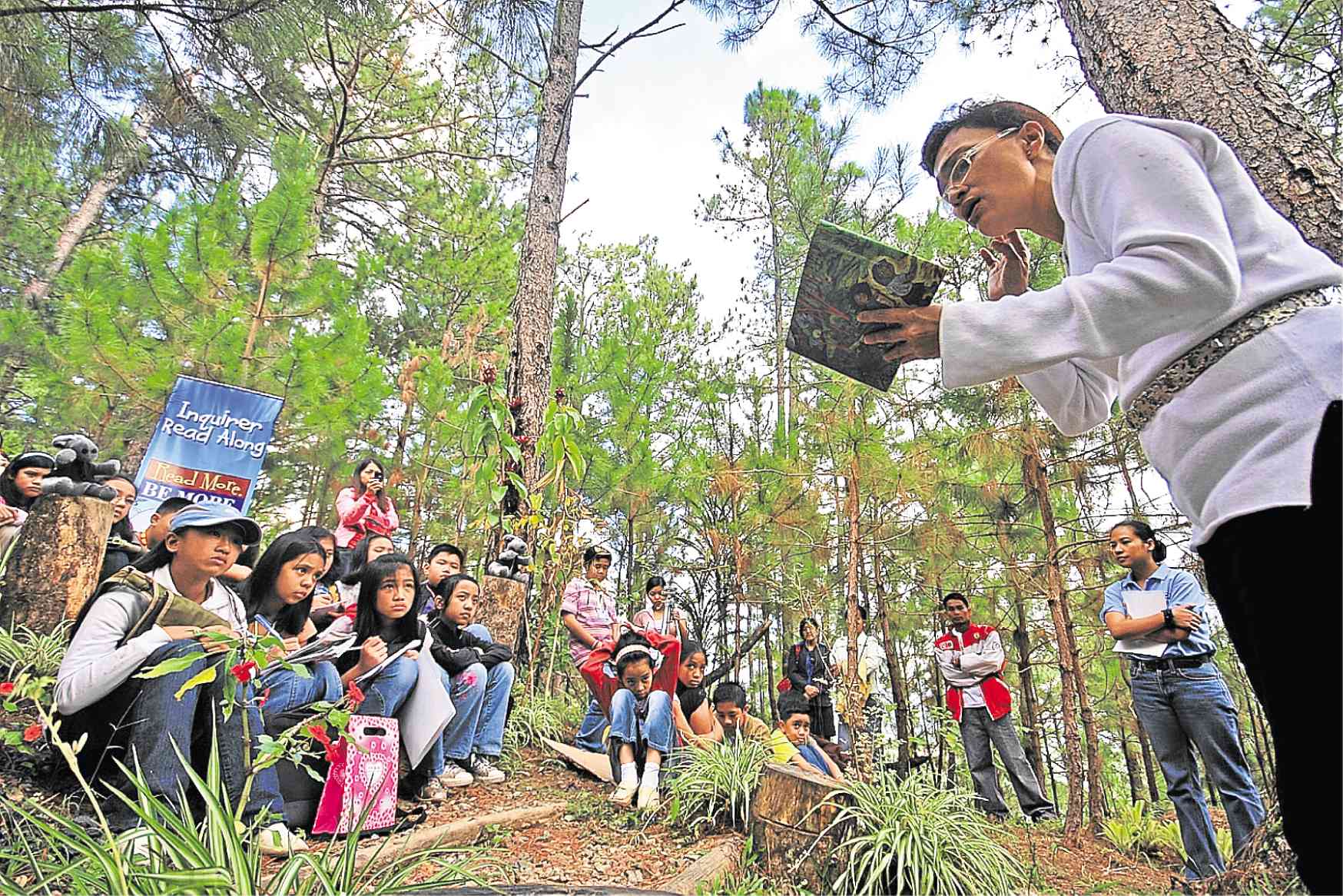 PINE HEAVEN The lush pine forest inside Camp John Hay is one of the largest woodlands remaining in Baguio City. It once hosted the Inquirer Read-Along program. —EV ESPIRITU

Most of the trees are clustered in few watersheds as well as protected forests, according to a report that was discussed during a meeting of the El Niño Mitigation Task Group on April 5.

A tree inventory was ordered by Environment Secretary Roy Cimatu on Feb. 16, a day after the draft final report on Baguio’s urban carrying capacity indicated that the biodiversity of the city’s forest cover was “very low and may affect its ecological services.”

The Department of Environment and Natural Resources (DENR) inventory showed the city’s green and forest cover spans 1,600 hectares or about 30 percent of Baguio’s 5,700-ha territory. The biggest concentration of trees is in Camp John Hay reservation, and forest parks near the Teachers’ Camp and the Philippine Military Academy.

According to the Baguio urban carrying capacity report, the first to be commissioned by the National Economic and Development Authority, the forest cover “is below the target standard” that sets a 60-percent green cover against a 40-percent built-up area as the most ideal composition of a town or city.

The report said Baguio’s “target of allotting 70 percent of [the city territory as] built-up areas is detrimental to maintaining its ecological balance or stability,” since urban land should not exceed 60 percent of land area.

The inventory showed only 492,974 trees were Benguet pine. The rest included alnus, eucalyptus or calliandra trees.

The most mature tree standing at Wright Park here is 198 years old. The oldest known pine tree at nearby Mines View Park would have been 238 years old had it not been cut last year.

Both the DENR inventory and the Baguio carrying capacity report noted that many pine tree clusters were sick or dying. The DENR, for example, had allowed the developer of Camp John Hay to cut more than 200 infested pine trees.

A 1998 research brief from the University of the Philippines Baguio’s Cordillera Studies Center indicated that some pine tree pests may have been introduced when tourism officials planted foreign pine trees at a section of Burnham Park.

The inventory also mapped out development surrounding the forest areas to determine the “degree of habitation” there.

Cimatu had said he was alarmed by the “uncontrolled” building constructions around Baguio.

On April 2, a building project near the presidential Mansion was ordered stopped when the Environmental Management Bureau (EMB) discovered it was part of a forest reserve.

Other building projects should be reexamined by the city government to determine if these titled properties also lie within watersheds, now that stemming Baguio’s overdevelopment has become a government priority, said Nestor Donaal, EMB Cordillera operations chief.

The inventory included trees at Luneta Hill that were covered by a Supreme Court injunction against tree-cutting.

On April 10, the high court made permanent a temporary restraining order (TRO) it enforced on March 24, 2015, to stop a mall from cutting 182 trees that stood in the way of an expansion project.

The trees, however, were eventually displaced after a temporary environmental protection order over Luneta Hill was lifted by the Court of Appeals.

The permanent injunction may have a policy implication on how government addresses trees inside private properties, said Clarence Baguilat, a retired DENR Cordillera director.

“Would this discourage people from buying lands which could not be developed because of the presence of trees? It may also discourage them from planting trees in their properties,” Baguilat said.