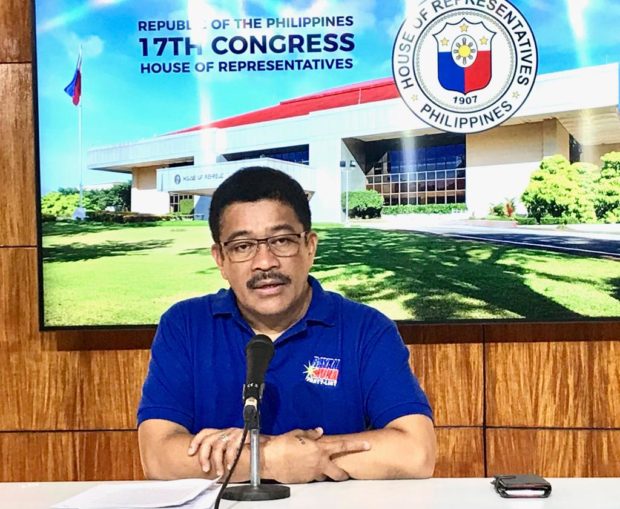 MANILA, Philippines — Armed Forces of the Philippines (AFP) deputy chief of staff for civil-military operations Brig. Gen. Antonio Parlade Jr.’s attacks on the Makabayan bloc might be stemming from an aspiration to lead the military high command, a lawmaker said on Friday.

In a press briefing inside the House of Representatives, Bayan Muna Rep. Carlos Zarate speculated that Parlade has been keen on earning praises so that he can be AFP’s chief of staff.

Just recently, Parlade said in a security summit in Singapore that local organizations, including party-list groups Bayan Muna, Gabriela, Alliance of Concerned Teachers, Karapatan, and other progressive groups like Karapatan, Ibon Foundation, National Union of People’s Lawyers (NUPL) have been associated with the Communist Party of the Philippines.

The military official also said before that they have truckloads of evidence to prove the groups’ involvement in the five-decade-long communist insurgency in the country.

However, Zarate challenged Parlade to file the cases, adding that they would answer back with their legal action.

The lawmaker also compared the Makabayan bloc’s track record against Parlade whom he described as a “discredited” general.

Last September 2018, a supposed alliance between the critics of President Rodrigo Duterte and the communist forces dubbed as the “Red October Plot” was supposedly unearthed by top military officials.

Parlade said several universities in Metro Manila had been tagged as recruitment centers for leftist movements, adding that the sinister plot would continue until the 50th founding anniversary of the Communist Party of the Philippines (CPP).

Four months into 2019, no movement to unseat Duterte has taken place, but Defense Secretary Delfin Lorenzana said that it was natural for the plot to be aborted the moment it was made public./ac