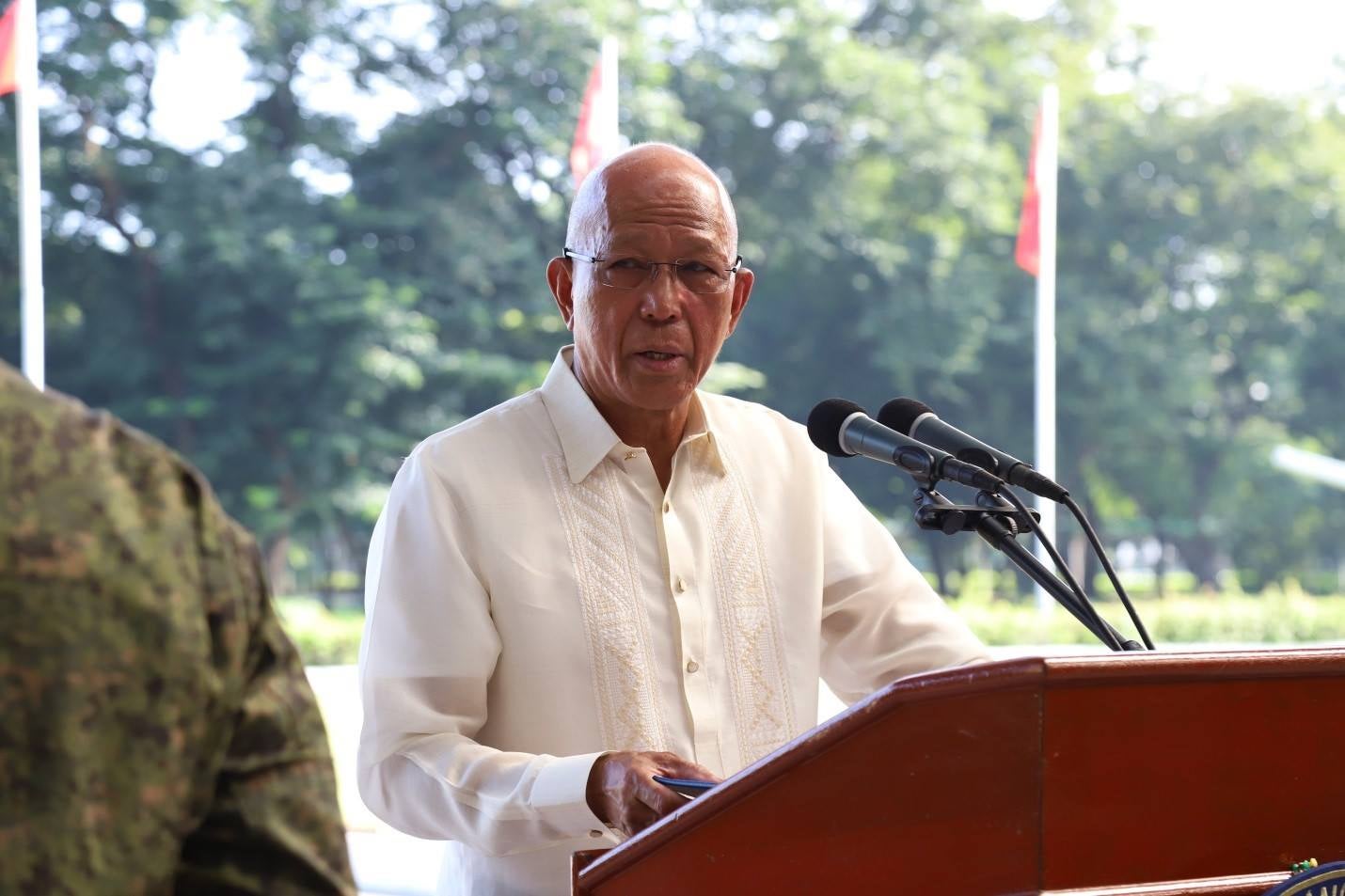 After repeatedly describing the “Red October” ouster plot against President Rodrigo Duterte as real and looming, a top government official dismissed it and said it had melted away.

“The plot [was] discovered so it’s no longer feasible.  It’s a goner,” Defense Secretary Delfin Lorenzana told reporters on Friday at the sidelines of the commemoration of the 2018 International Day for Disaster Reduction in Quezon City.

For now, no other plot seems to be brewing, he said.

In a one-on-one interview with chief presidential legal counsel Salvador Panelo last month, President Duterte said he had evidence of an ouster plot being hatched by opposition Sen. Antonio Trillanes IV and the Magdalo party list, in tandem with the Liberal Party (LP), the Communist Party of the Philippines (CPP) and its armed wing, the New Peoples’ Army (CPP-NPA).

“It might be a loose conspiracy but they are into it,” Mr. Duterte said, adding that he would soon have evidence on the information given to him by a foreign government.

Shortly after, Brig. Gen. Antonio Parlade, assistant deputy chief of staff for operations of the Armed Forces of the Philippines, claimed that the ouster plot would be set off by a “nationwide coordinated tactical offensive” between Oct. 11 and Oct. 17.

Parlade also claimed that communists were recruiting students from 18 top universities and colleges in Metro Manila to join the ouster plot.

Despite denials from Trillanes, the LP and CPP founder Jose Ma. Sison, Lorenzana maintained the plot was real.

“We got a document stating: ‘Red October.’ But when the AFP exposed it, the groups who had come together started breaking away so it didn’t push through anymore,” he said.

But in an interview on Wednesday, Lorenzana stood pat on Parlade’s claims about the ongoing recruitment in Metro Manila schools.

“My suggestion to the [Philippine National Police] is that [there] should be a joint AFP-PNP dialogue with the heads of universities so that they can understand why we are saying that, [while] we will also understand why they are denying that they are… recruitment grounds [for] the CPP-NPA,” he said.

The PNP had earlier coordinated with the Commission on Higher Education about holding dialogues with the heads of the different universities.

From the start, members of the opposition have scoffed at the military’s revelations of ouster plots, with Sison describing these as “[fabricated] conspiracies (meant) to justify the eventual declaration of martial law nationwide, and further realize Duterte’s scheme of a fascist dictatorship.”