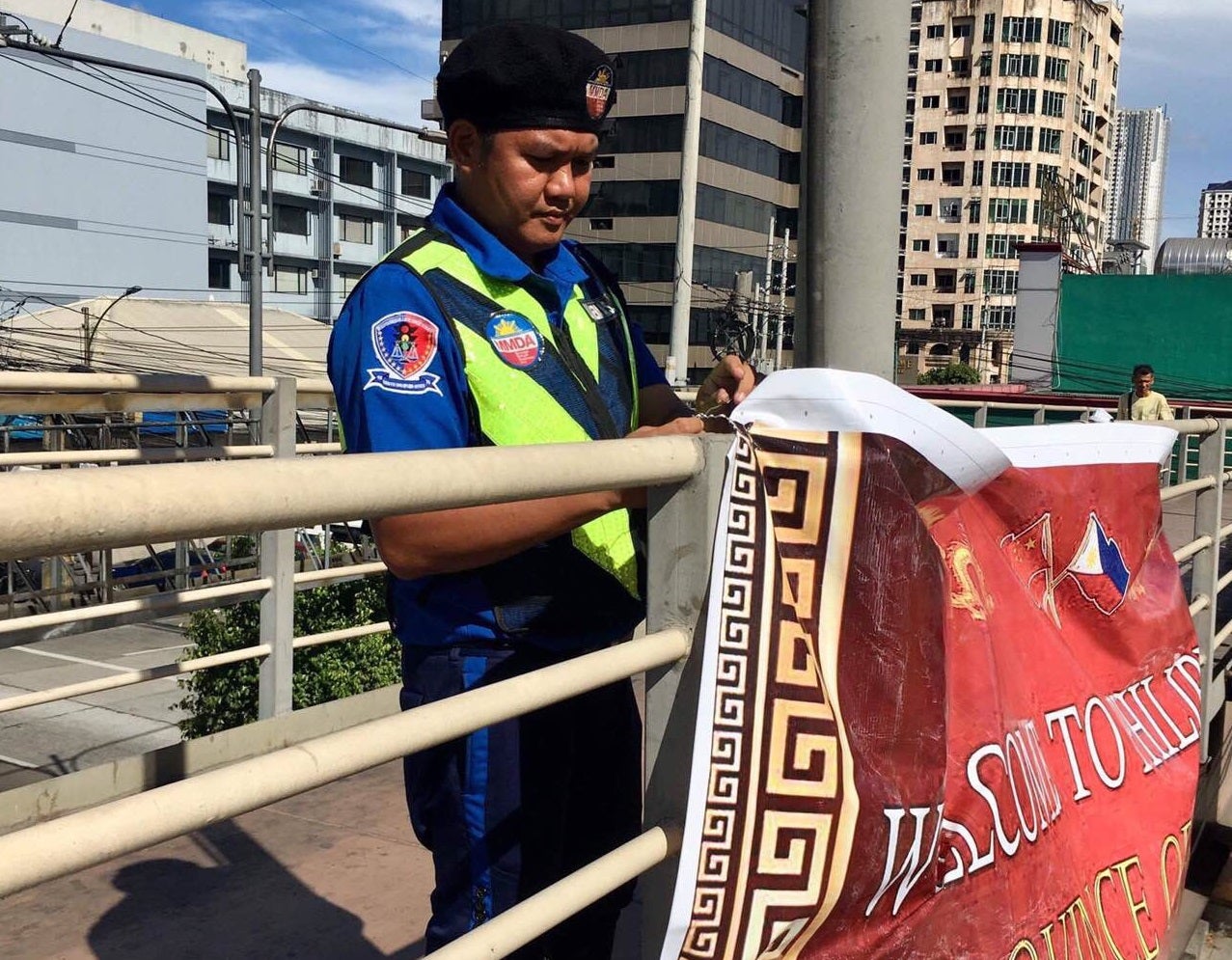 An MMDA enforcer unties a ‘Welcome to the Philippines, Province of China’ banner from the pedestrian overpass along Quezon Avenue corner Sgt. Esguerra Street in Quezon City. PHOTO FROM MMDA

MANILA, Philippines — The Metropolitan Manila Development Authority (MMDA) took down on Tuesday a banner that welcomed visitors to Philippines as a “province of China.”

In photos sent by the MMDA, the “Welcome to the Philippines, province of China” banner that was hung on a footbridge along Quezon Avenue corner Sgt. Esguerra Street could be seen being taken down by MMDA personnel.

The removal of the banner occurred at about 2:30 p.m. on Tuesday, the MMDA said.

Similar banners first appeared in July 2018, when they were hung on several footbridges in Metro Manila.

Malacañang earlier accused “enemies of the government” to be behind the hanging of the banners. /cbb 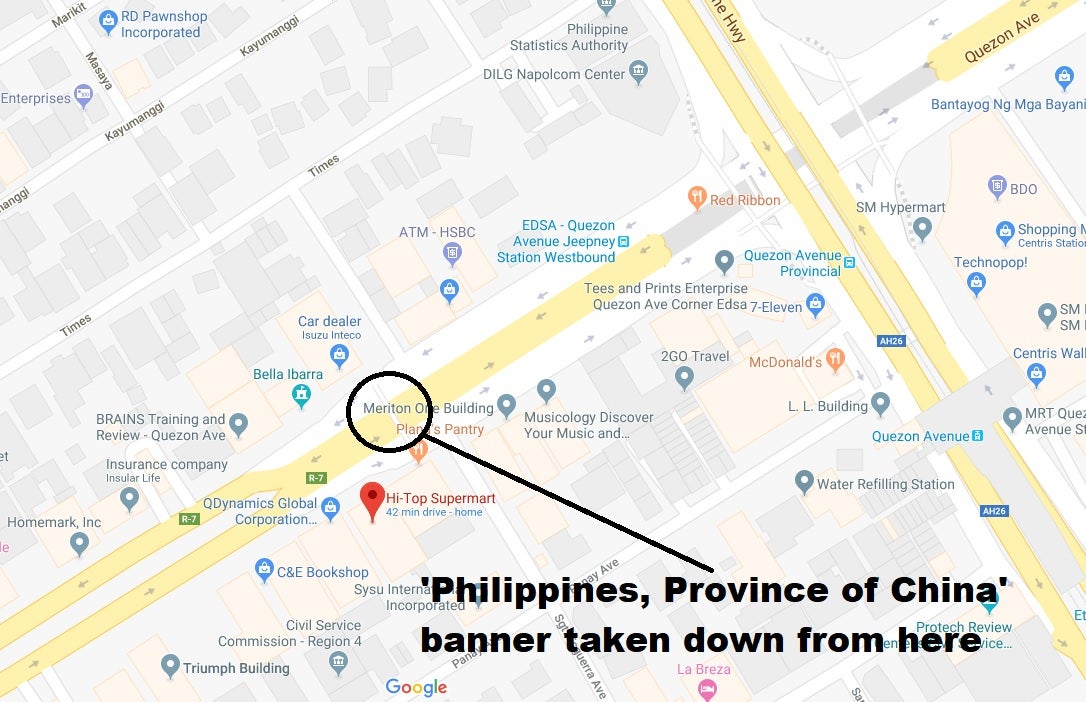