Duterte: Jolo is where most gallant troops are posted 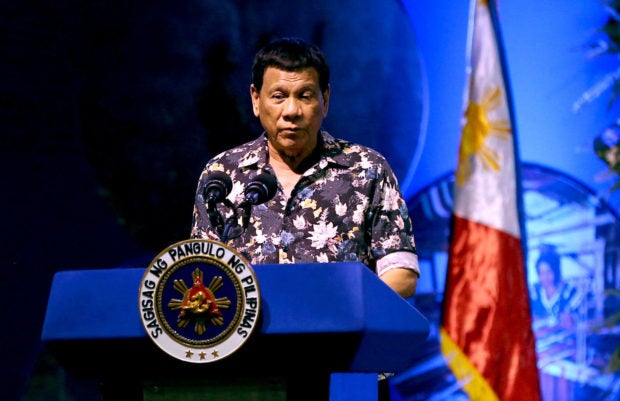 MANILA, Philippines — The municipality of Jolo in the province of Sulu is where the “most gallant” troops are stationed, President Rodrigo Duterte said on Tuesday as he explained why he chose to skip the usual Araw ng Kagitingan, or Day of Valor, ceremony in Bataan.

“I purposely went here for the Araw ng Kagitingan. All Filipinos deserve to be called brave,” the President, speaking partly in Filipino told troops in Camp Gen. Teodulfo Bautista in Jolo. “But here in Jolo, this is where the [bravest are]. That’s why, you the gallant men of Jolo, you have my everlasting gratitude for what you are doing to our country.”

Due to conflicts, terrorism, and the establishment of jihadists groups, such as the Abu Sayyaf Group, Sulu’s development has suffered badly and has been reduced to its current state.

In January, Jolo was rocked by a twin bombing at the Cathedral of Our Lady of Mount Carmel, where 20 died and 102 were injured.

The President responded to the attack by issuing an “all-out ar” directive against Abu Sayyaf and other terrorist groups in the area.

In his speech, Duterte reiterated his support for the troops and assured them that the government would support them, along with their families.

“I will see to it that you will have funds when you retire and that your children and their schooling will be assured even if we are no longer there either by natural or by any other means of saying goodbye to this world… I have your back covered,” the President said. /atm