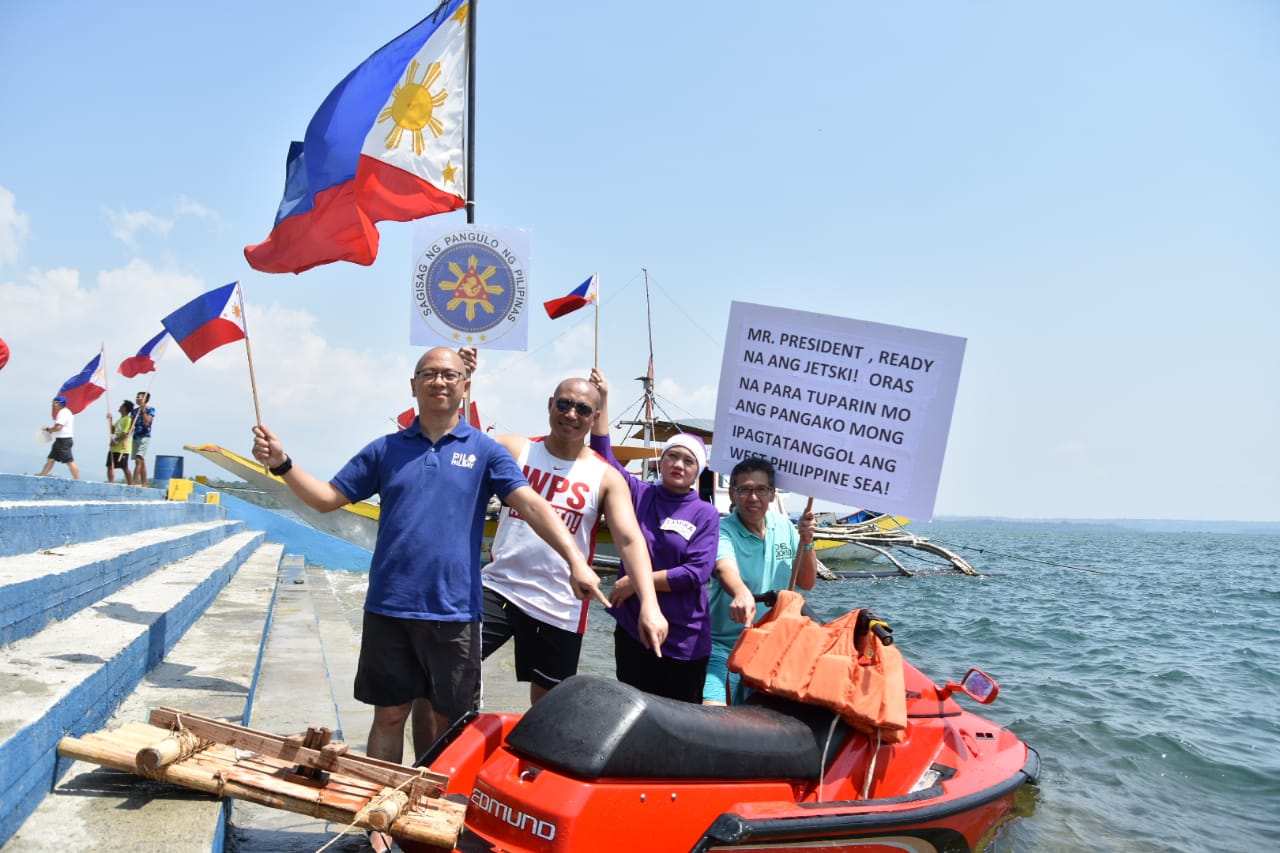 Otso Diretso senatorial candidates challenge President Duterte to fulfill his promise to ride a jet ski to the West Philippine Sea and to fight for the rights of Filipino fishermen. PHOTO from Otso Diretso

MASINLOC, Zambales–The opposition senatorial candidates on Monday vowed to bring the fight against China to the Senate if elected in the coming May elections.

After being barred, the candidates together with their supporters stayed in this town’s shoreline and planted the Philippine flag to protest the Chinese intrusion in the disputed areas.

Diokno said President Duterte’s disregard of Filipinos’ rights in the contested areas will have a long-term negative effect.

Fishermen here have been avoiding the disputed shoal for fear that the Chinese Coast Guard would drive them away from their traditional fishing ground.