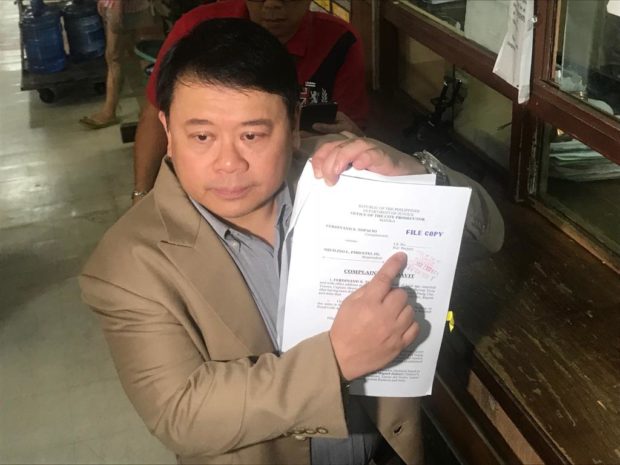 The perjury complaint filed by Topacio stemmed from the electoral sabotage that Pimentel filed against now House Speaker Gloria Macapagal Arroyo, her husband Mike Arroyo, and others back in 2011.

The Pasay City Regional Trial Court however ruled in December 2018 that Arroyo was cleared from electoral sabotage, granting her demurrer to evidence.

With this, Topacio said that the statements made by Pimentel while under oath were false and are grounds for perjury.

He also noted that he filed the complaint not on behalf of the former president but on his own decision.

When pressed on the timing of the filing of the perjury complaint, Topacio said that it took their camp to file the complaint against Pimentel only this year, given that they still had to gather the supporting documents.