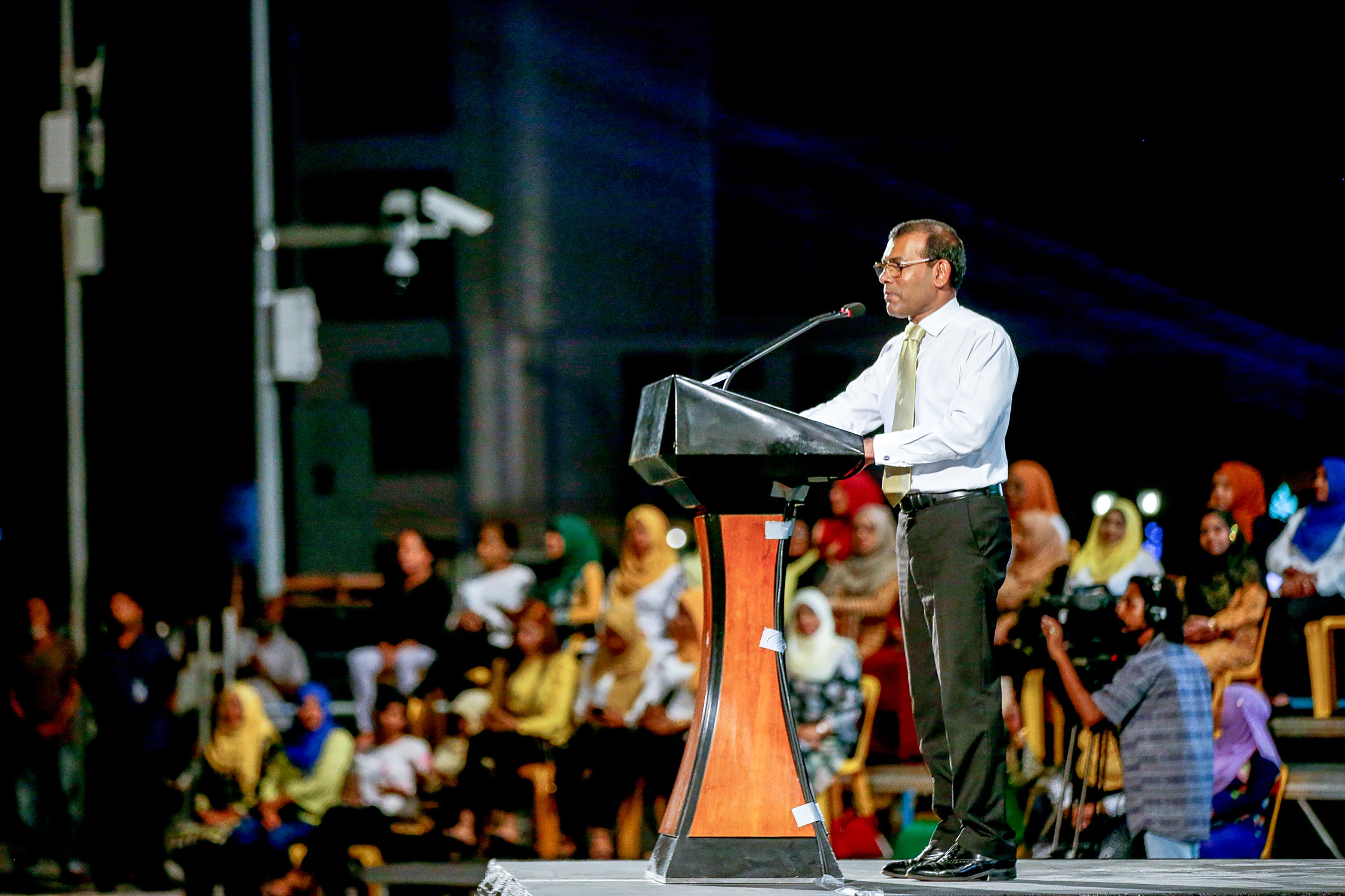 In this photograph taken on February 1, 2019, Maldives’ former president Mohamed Nasheed takes part in an election rally after securing his party’s ticket from the Maldives Democratic Party (MDP) to stand in upcoming parliamentary polls in Male. (Photo by Ahmed SHURAU / AFP)

MALÉ, Maldives — The Maldives on Saturday held its first parliamentary election since former strongman leader Abdulla Yameen was forced to stand down, with his arch-rival expected to make a big comeback in the vote.

Mohamed Nasheed, another former president, is the highest profile candidate up for election for the 87-member People’s Majlis, or parliament.

He returned from an enforced exile abroad after Yameen lost an election in September to Nasheed’s deputy, Mohamed Ibrahim Solih.

“I want to stress that I would like the next parliament to be made up of members who are familiar with our policies, and fully support it,” Solih told a campaign rally on Thursday night.

Nasheed is widely expected to play a key role in the new legislature.

He was jailed for 13 years on a controversial terrorism charge when Yameen was in power. However, the conviction was overturned last year after the presidency changed.

The opposition coalition that helped Solih win has come apart, with constituent parties going their separate ways for Saturday’s election.

Election commissioner Ahmed Shareef told reporters preparations had been completed for Saturday’s vote and there had been no complaints of irregularities.

Voting will take place for overseas Maldivians in neighboring India and Sri Lanka, as well as London.

Former president Yameen is not a candidate, but his Progressive Party of Maldives is seen as the main challenger to the MDP.

Last week, the High Court ordered authorities to lift a freeze on Yameen’s bank accounts holding about $6.5 million. But it said a money laundering case against him would proceed.

Yameen received the payments just before he lost his re-election bid. Since then, all dissidents have returned to the Indian Ocean archipelago and most have had their convictions quashed.

The Maldives was on the verge of being slapped with Western-led sanctions before Solih won the presidential election on a pledge to end corruption in the country best known for its luxury tourism.  /muf