Alejano dares ‘Pulong’ to bare his back tattoo 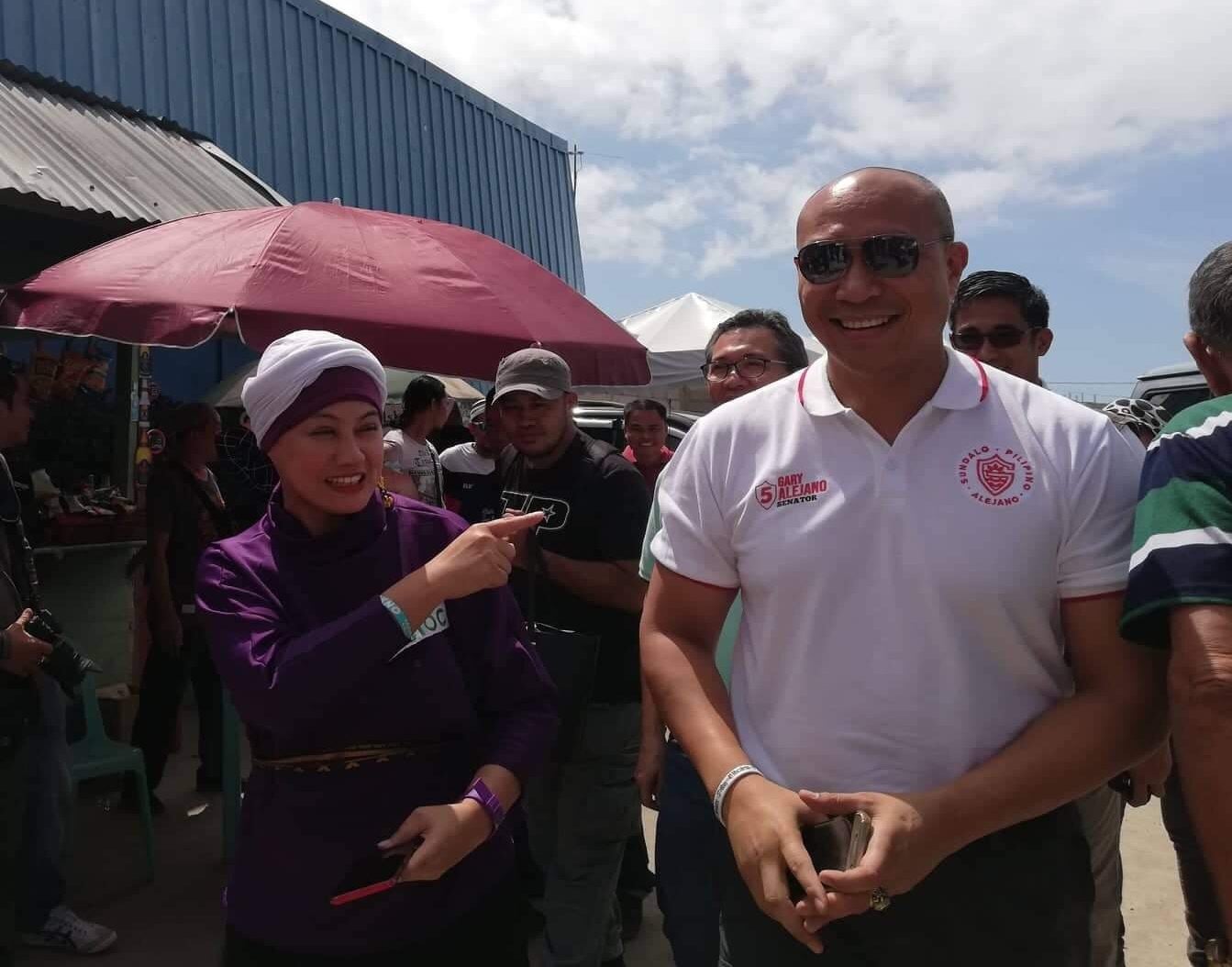 Otso Diretso senatorial candidate Gary Alejano challenged Paolo Duterte to show his back tattoo once and for all. Leo Udtohan/Inquirer Visayas

“Totoo ba mayroong tattoo si Pulong sa likod? Hanggang ngayon hindi nya ipinakita. (Is it true that Pulong has a tattoo on his back? Until now, he doesn’t show it),” said Alejano who was in Bohol for the Otso Diretso sortie together with other senatorial candidates—Romy Macalintal, Chel Diokno and Samira Gutoc.

“I-chachallenge ko si Pulong na ilabas niya ang likod niya para once and for all. Ipakita mo ang likod, end of story. (I challenge Polong to show it now. That’s the end of the story),” he said.

Opposition Sen. Antonio Trillanes IV accused Paolo of being part of a triad, a syndicate involved in a number of criminal activities.

Two viral videos circulating on social media where a man in a hoodie claimed that the President’s son Paolo received payoffs from a drug syndicate.

In the video, a certain “Bikoy,” allegedly a former member of a drug syndicate, claimed he had records of “tara” or grease money allegedly deposited into the accounts of Paolo who supposedly used two code names, “Polo Delta-TSG01” and “Alpha Tierra-0029,” in the syndicate’s financial transactions.

Trillanes denied having a hand in the posting of the video on Youtube.

In 2017, Paolo refused to show his back during the Senate hearing when challenged by Trillanes on the P6.4-billion smuggling of 604 kilos of methamphetamine or shabu into the Philippines.

Bikoy said he personally saw Paolo’s dragon tattoo which supposedly bears the alphanumeric code used by the former vice mayor in his tara.

However, Paolo, who is running for Representative of Davao City’s first district in May’s midterm elections, had denied his involvement while Malacañang dismissed it as “black propaganda.”

But Alejano said the President’s son should answer the issues.

(They must answer first if the issue is true. Let’s go to the contents of the video. Is it true that you’re involved in drugs?)