Blame LP for narco-video? But most ‘yellows’ now with admin – Robredo

TAGBILARAN CITY, Philippines — President Rodrigo Duterte should just face the drug allegations hurled at his son, Paolo, instead of blaming the “yellows” or the opposition, whose majority of members had already jumped ship to the administration.

This was Vice President Leni Robredo’s response to Duterte’s accusations that the “yellows,” or the Liberal Party, and opposition Senator Antonio Trillanes IV, were behind the video linking Paolo to a drug syndicate. 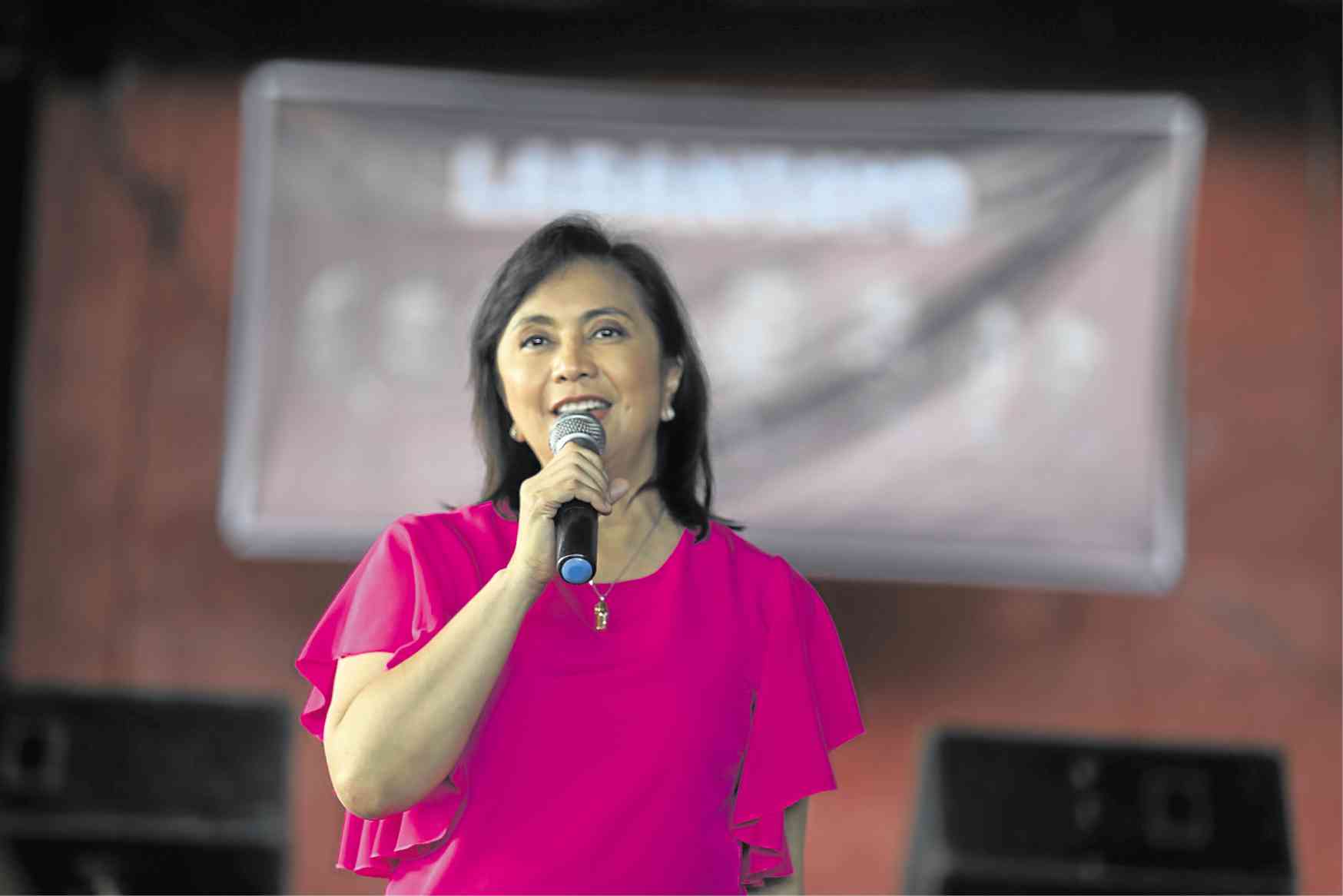 READ: Trillanes: I wish I was part of the video exposé vs Paolo Duterte but I’m not

Robredo also cited the opposition’s lack of resources to mount “something like this.”

Do or dare, Paolo?

Opposition senatorial bet Gary Alejano, meanwhile, challenged anew the presidential son to show his back and dispel allegations about a tattoo he supposedly has as indication of his alleged membership to a drug syndicate.

Trillanes posed similar dare on Paolo, and now the viral video online claims that the former Davao vice mayor has a tattoo signifying his purported membership to a drug syndicate.

Opposition senatorial aspirants Chel Diokno and Romulo Macalintal are also present during the launch of Robredo’s coalition, which was attended by representatives from the urban poor, women, persons with disability, workers, youth, and other marginalized sectors. /kga

Read Next
On 72nd birthday, Arroyo bares plan to be Pampanga gov’t consultant
EDITORS' PICK
Pre-order the new vivo Y20s [G] to get a free TWS earphone
Speed up your game with the new vivo Y20s [G]
Metro Manila to have shortened curfew hours from 8 p.m. to 5 a.m. under MECQ
Philippines, US to begin 2-week joint ‘Balikatan’ exercises on Monday
Pru Life UK receives four golden arrows for solid corporate governance
‘NCR Plus’ to be under MECQ starting April 12 until April 30 — Palace
MOST READ
Stop ‘creeping occupation’ of ‘militia’ boats in WPS, Pacquiao asks China
Bea Alonzo clarifies status of her relationship with Dominic Roque
Convicted former aide of Sen. Bong Revilla dies — BuCor
Locsin to China: ‘Then move out’
Don't miss out on the latest news and information.