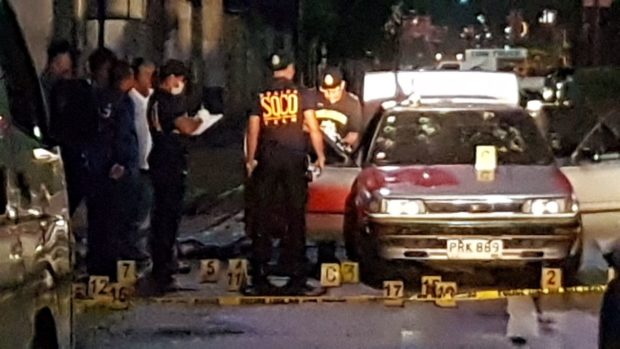 “Making police data available to the petitioners is a huge step in exacting accountability from the perpetrators of the crime through the release of facts and figures related to the commission of the crime,” Rosales said in a statement on Wednesday.

“We will need this data to probe the police’s claims that protocols were observed, especially when multiple reports from survivors indicate otherwise,” she added.

Her statement comes a day after the Supreme Court ordered the Office of the Solicitor General to furnish copies of all  “Oplan Tokhang” police reports to human rights groups and victims who questioned the legality of the administration’s war on drugs.

Rosales said that with the release of the said reports, victims of the government’s crackdown on illegal drugs as well as human rights groups “will know crucial details on these deadly police operations.”

“They will be receiving the names of the police officers in those operations, operation plans and investigative reports,” she said.

“These are important and relevant information needed to probe deeper into investigation where no stone is left unturned,” she added.

Rosales pointed out that the release of the police data will be vital in shedding light on the drug war cases.

“Hopefully, the release of the data will unearth evidence that will be necessary in order to pursue the truth through an exhaustive and independent investigation in accordance with the rule of law, so that in the end justice will prevail,” Rosales said.

“We must never forget that we are state party to international human rights law and it’s our obligation to comply with the treaties we signed for the benefit of the security of the Filipino people and the realization of peace in their lives,” she added.

The former human rights chief also dismissed the claims of Solicitor General Jose Calida  that disclosing such information would be a threat to national security.

“National security is the sum total of human security – the right to life, to the security and privacy of one’s homes, to the right to earn a sustainable living and live a safe, secure and decent life. It is incumbent upon all uniformed personnel of the government to protect human security,” she said. /gsg