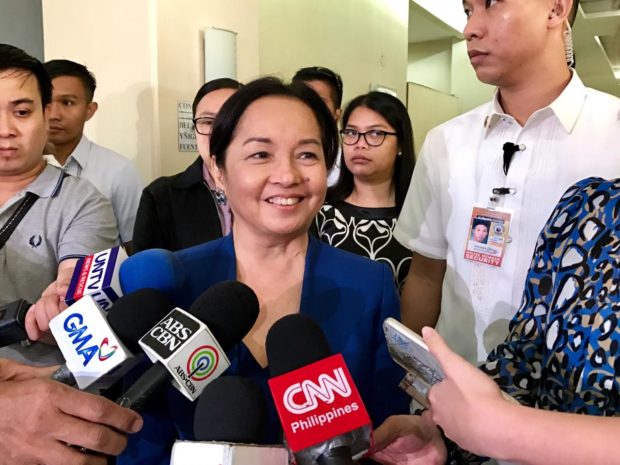 In an ambush interview, the Pampanga 2nd district representative said Malacañang has already given them a date, but she did not specify when. The country would continue to operate under the 2018 reenacted budget until the President signs the expenditure plan. He earlier vowed that he would not sign an illegal budget bill.

“I think it will be signed soon… Every year, the President does line-item vetoes. So they’re just working now I think on what will be the line item vetoes. But there’s already a date for us to go to Malacañang,” the former President told reporters.

Arroyo did not give further details on what portions on the General Appropriations Bill (GAB) could be vetoed.

Senate President Vicente Sotto III signed the GAB on March 26, but he asked the Chief Executive to veto the P75-billion worth of local infrastructure programs which he said was “unconstitutionally” realigned by the House after the budget bill was ratified on February 8.

House appropriations committee chair Rolando Andaya Jr. maintained that the realignments the House made were “not post-ratification” because these had been authorized by the bicameral conference committee report, and “did not exceed the expenditure ceilings of respective departments and agencies” as approved in the bicam report.

Andaya had also accused the Senate of “sabotaging” Duterte’s programs by “unilaterally deciding” to cut down about P83.7 billion of allocation for priority projects, including those under the “Build, Build, Build” infrastructure plan.

Sotto said Andaya’s allegations were made as a “last-ditch effort to influence the President not to veto their illegal realignment.”

Meanwhile, Sen. Panfilo Lacson has owned up to most of the cuts in the GAB because of the alleged presence of illegal “pork barrel” or “lump-sum, discretionary funds” primarily used to fund pet projects. /jpv