Palace on Capuyan appointment: ‘The President knows what he’s doing’ 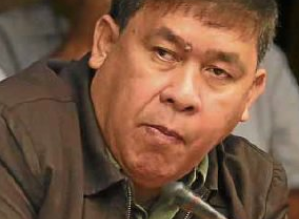 MANILA, Philippines — Malacañang has defended the appointment of a retired colonel linked to the P6.4-billion “shabu” smuggling controversy as executive director of the national secretariat for a task force charged to deal with communist insurgency.

Presidential Spokesperson Salvador Panelo said in a Palace briefing that President Rodrigo Duterte knows what he’s doing when he designated Allen Capuyan as the executive director of the national secretariat for the National Task Force to End Local Communist Armed Conflict.

“Since the President has appointed him to that post, then the President, I’m sure, knows what he’s doing,” said Panelo, who is also Duterte’s chief legal counsel.

“(And) maybe he does not believe in the corruption charges (against Capuyan),” he added.

Capuyan was a former official of the Manila International Airport Authority (Miaa).

He was accused of involvement in the smuggling of P6.4 billion worth of shabu from China in May 2017.

Capuyan allegedly provided tariff codes that gave smugglers access to the express lane where shipments are exempted from X-ray inspection. He stepped down from his post at Miaa in March 2018. /kga