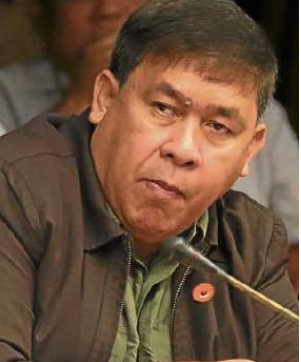 His appointment paper was signed on March 26, but was made available to the media on March 30. 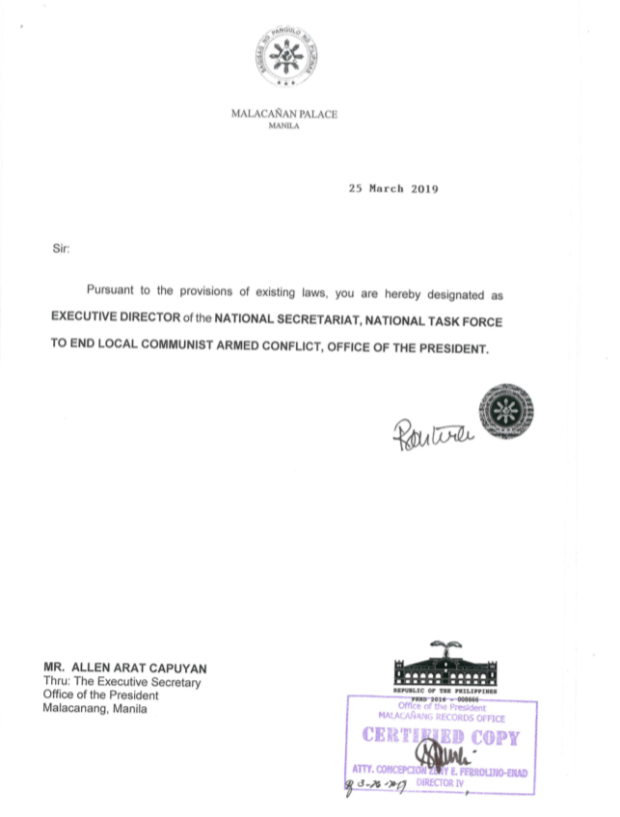 Capuyan was formerly designated as the presidential adviser for indigenous people’s concerns back in 2018.

Capuyan is a retired colonel who was accused of involvement in the P6.4-billion shabu controversy. He was named by Senate witness Mark Taguba as the one who provided him, via mail, tariff codes that were supposed to give him access to the express lane, which exempts shipments from X-ray inspection.

Aside from Capuyan’s appointment, Gladys Fua Rosales was also appointed as deputy director-general of the Technical Education and Skills Development Authority and the Department of Trade and Industry.

Meanwhile, Angelo Azura Jimenez has been appointed as a member of the Board of Regents of the University of the Philippines with a term expiring on October 28, 2020.

Katrina Therese Lim-Dy was also appointed as member of the Board of Directors for the United Coconut Planters Bank until June 30, 2019. /jpv