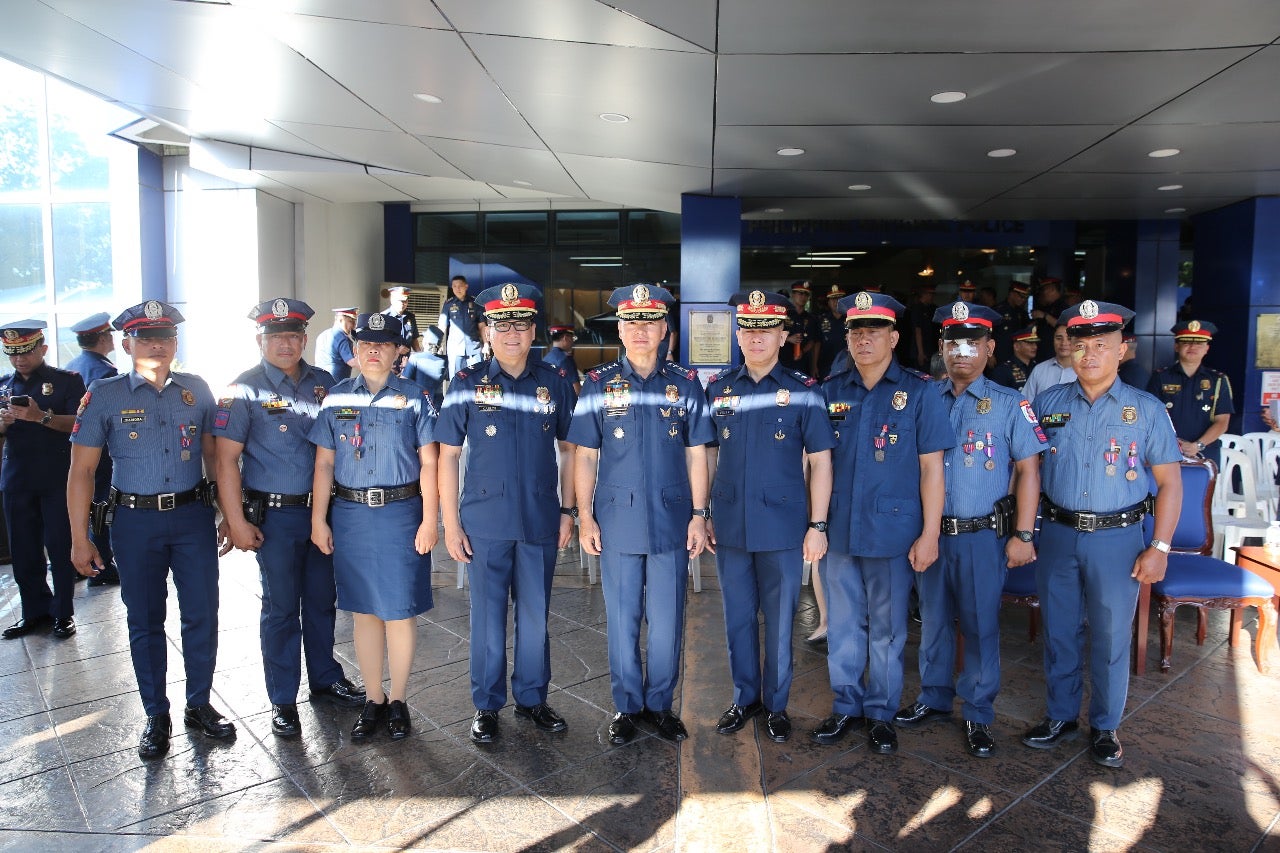 PNP chief General Oscar Albayalde poses for a photo with some of the officers of Victoria Municipal Police who repulsed the attack of NPA rebels in their station on March 28. Photo from PNP

“Yes of course,” said General Oscar Albayalde when asked if the lawmen would be promoted.

“There will be a deliberation. Merong recommendation from the regional headquarters at isa-submit sa atin iyan,” Albayalde added, speaking during a press conference in Camp Crame on Monday, April 1, 2019.

Albayalde earlier said that only some of the police officers would get spot promotions.

Fifteen policemen were on duty when rebels attacked the Victoria Municipal Police Station before dawn on March 28. Three other officers were sent as reinforcement in the three-hour clash that left three NPA rebels dead and another arrested.

Earlier on Monday, five of the police officers were given the PNP Heroism Medal (Medalya ng Kadakilaan) in a ceremony in Camp Crame.

Ceremonies for conferring the Heroism Medal on the 13 other lawmen will be held in Northern Samar.

Three officers who were wounded in the firefight will also be accorded the PNP Wounded Personnel Medal (Medalya ng Sugatang Magiting). /cbb