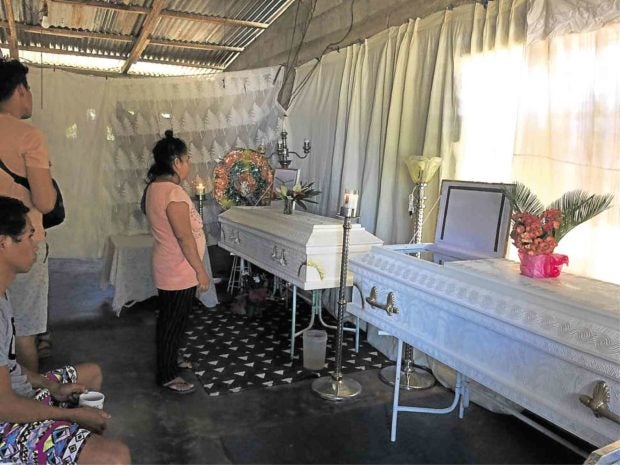 MANILA, Philippines — Human rights and farmers’ groups and the Catholic Church on Sunday condemned the killings of 14 farmers in Canlaon City and two towns in Negros Oriental province, denying police claims that the victims were communist rebels who had violently resisted arrest.

The Unyon ng mga Manggagawa sa Agrikultura (UMA) called for an independent investigation after the Philippine National Police insisted that the 14 were communist rebels who were killed when they opened fire on security forces who were serving warrants of arrest on them on Saturday.

Responding quickly, the Commission on Human Rights (CHR) ordered an investigation of the killings in Canlaon City and the towns of Manjuyod and Santa Catalina, saying it wanted to ascertain the truth behind what the police called “legitimate operation.”

UMA also called on Negros Oriental Gov. Roel Degamo and independent bodies to investigate the killings, which the group blamed on the regional forces of the PNP and the military, including the Special Action Forces and the Regional Mobile Force Battalion.

The group said among those killed were eight farmers from Canlaon City — brothers Ismael and Edgardo Avelino; Melchor Pañares and his son Mario; Rogelio Recomono and his son Ricky; Gonzalo Rosales and Genes Palmares.

Azucena Garubat, a sister of the Avelinos, was among those arrested.

San Carlos Bishop Gerardo Alminaza said in a post on CBCPNews, the official news service of the Catholic Bishops’ Conference of the Philippines (CBCP), that one of those killed was a lay minister at Canlaon parish and the parish administrator “can vouch for his moral character.”

“Others were not even shown the supposed arrest papers. Some of those killed belonged to our mission station in Masulong,” Alminaza said, demanding an investigation of the slayings amid mounting claims of human rights violations.

The bishop appealed to the authorities to ensure due process was observed and human rights respected in carrying out their duties.

“We don’t want to turn our beautiful island of Negros into a killing field,” Alminaza said.

The PNP insisted that Saturday’s police operations were legitimate, as the officers were serving court-issued arrest warrants.

Police Col. Bernard Banac said the 14 were killed because they had violently resisted arrest.

“We are sure that there was resistance because our PNP personnel would not use force if there was no threat to their lives,” Banac said in a radio interview on Sunday.

Col. Raul Tacaca, chief of the Negros Oriental Police Provincial Office, said Mario Pañares was not the subject of a warrant, but he engaged the officers who had come to arrest his father and was shot dead.

Tacaca issued a statement, saying the operations were carried out after several attacks on police and military forces in the province by criminals, including communist New People’s Army (NPA) rebels.

He said the subjects of the arrest warrants were suspected members and supporters of the NPA.

“They were suspected of being the ones who attacked and killed policemen and soldiers here,” Tacaca told the Inquirer.

But Cynthia Avelino denied that her father and uncle were communist rebels and that they were armed.

“My father was sickly and avoided even [arguments]. He was a farmer and a ‘habal-habal’ (motorcycle for hire) driver who was trying to earn a living peacefully,” she told the Inquirer.

“Help us find justice for my father and uncle,” she said.

1 a.m. on Saturday and lasted up to midnight.

In a statement, CHR spokesperson Jacqueline de Guia said any claims that the victims resisted arrest “need to be tried before [the] courts to ensure that there are no lapses and ascertain if the circumstances really warrant the offense from the police.”

International watchdog Human Rights Watch said the killings were “a horrific attack that needs to be investigated independently,” as initial reports pointed to police misconduct.

“It’s unconscionable that violence like this seems to be getting worse in Negros,” said Carlos Conde, the group’s Philippine researcher.

Rights group Karapatan also condemned the killings and called for an independent investigation, saying Negros had been a “consistent target” of heightened police and military operations.”

In November last year, President Duterte placed the entire island of Negros under a state of lawlessness, after the deadly attack on nine sugarcane farmers, including four women and two children, by unidentified men.

“It seems, though, that it is the PNP and the military [that were] conducting a state of lawlessness against the people of Negros,” said UMA chair Antonio Flores.

The National Federation of Sugar Workers said it saw a “pattern” in the attacks that showed the “ruthless policy of killing” under the Duterte administration.