CULTURAL LINK A red string serves to link the identities of Cordillerans painted by Tarlac-born artist Vena Martinez on blank walls in different spots in Baguio City. The images are based on friends she encountered when she took fine arts at the University of the Philippines Baguio. —CONTRIBUTED PHOTO

BAGUIO CITY — Visitors arriving in this mountain resort city are greeted by figures of a Kankanaey man and an Ibaloi woman in traditional attire painted on the walls outside a bus terminal.

The figures are not just figments of the imagination; they are friends in real life who have a chance encounter with 21-year-old artist Venazir “Vena” Hannah Martinez.

Martinez has been using street art to depict the cultural diversity in Cordillera for almost two years now. Sometimes, she is seen late at night with a spray can and an emergency light to help her bring the murals to life.

“I got tired of the traditional media where you’re just inside a studio. I didn’t want to conform to that so I thought of street art,” she said.

She started her artworks in 2017 as part of a “social experiment” for her thesis at the University of the Philippines Baguio where she took up fine arts.

Her first work — paintings of the traditional Kalinga tattoo called “gayaman,” or centipede — was sprawled all over the streets.

“I vandalized a whole town because I wanted to start a conversation and initiate different visual perceptions. For people to ask: Is this vandalism? But it has cultural relevance,” Martinez said.

“Some were able to recognize that it was the Kalinga tattoo. That it was made by an artist and that one part is connected to the other,” she said, adding that it proved her social experiment worked. 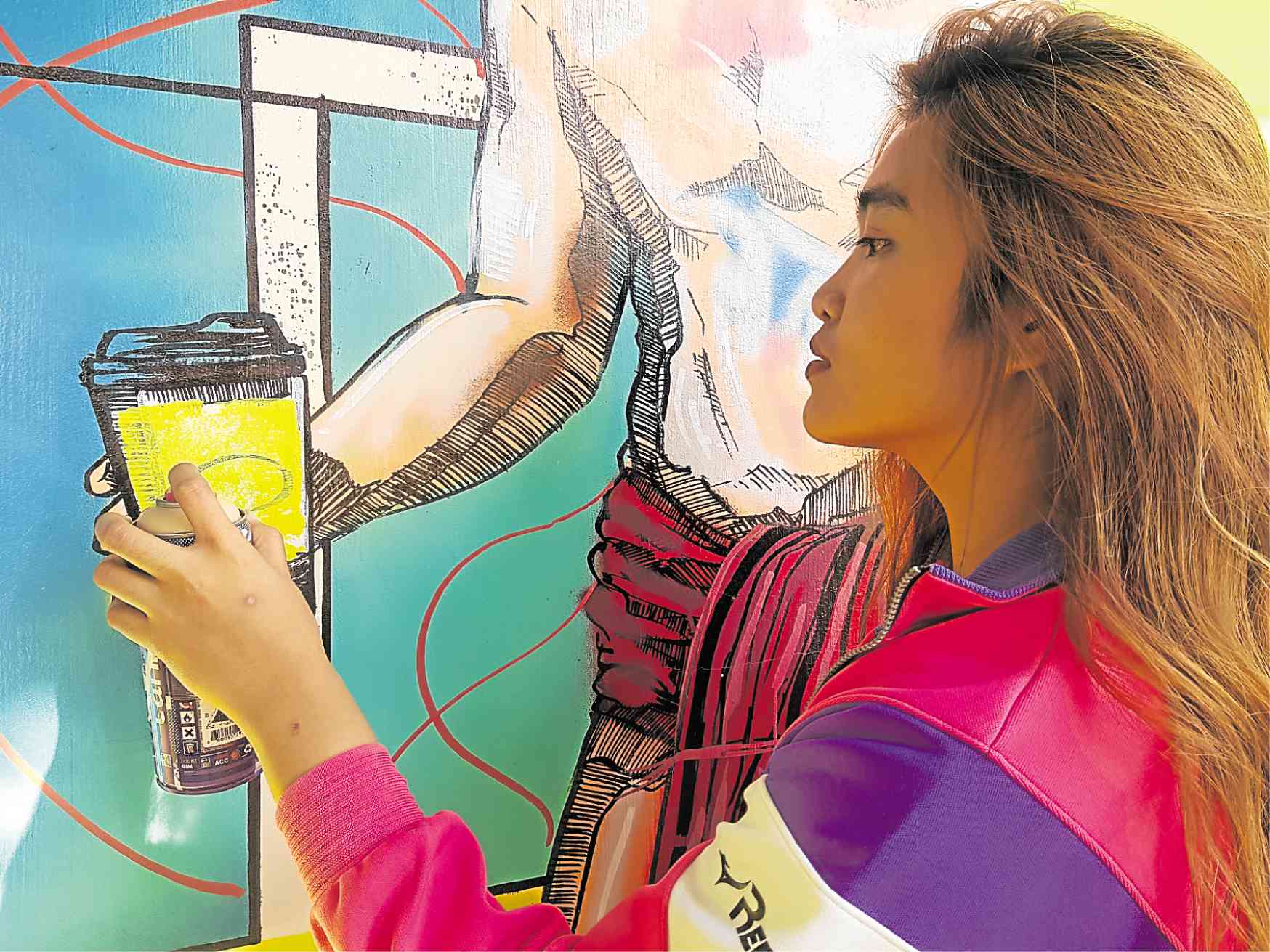 Now her street art can be seen in public areas, such as a café near Baguio Cathedral and along Session and Military Cutoff roads.

A native of Tarlac province, Martinez was fascinated by the unique indigenous groups in the Cordillera.

“I felt alienated at first so I started to learn about the complexity of the cultures we have. I want to share this with other people who don’t have an idea about these cultures,” she said.

With the urge to widen her scope and to promote indigenous traditions, Martinez’s art soon emerged in various places around the city. This evolved into an advocacy she called “Project Hila-Bana.” 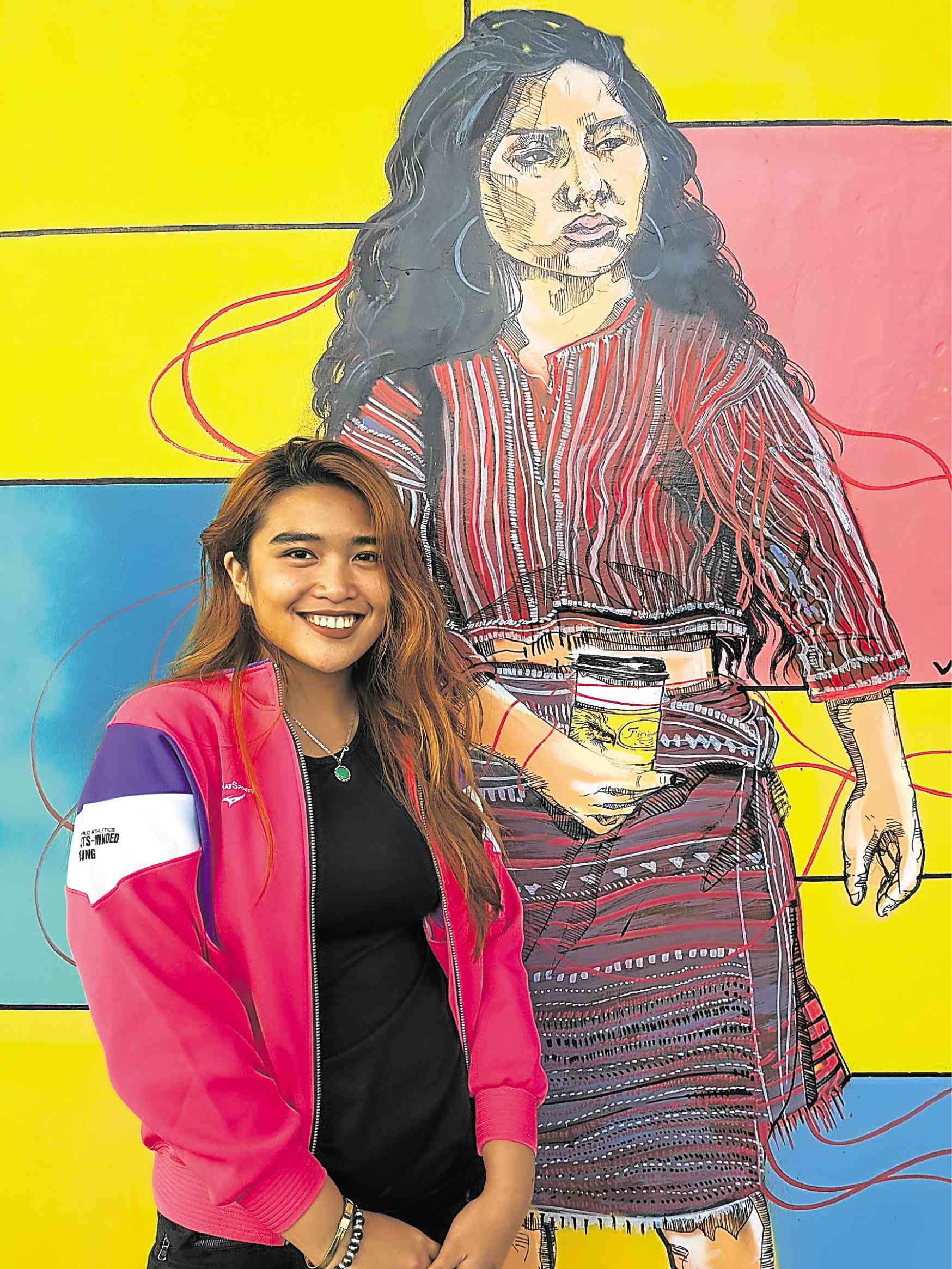 Hila-Bana was coined from the Filipino terms “hilbana,” or temporary stitching, and “hila,” or pull.

The identity marker of her art is a red string that suggests the connection to different cultures into one identity as Filipinos.

The string is inspired by traditional weaving. But it also signifies loss of cultural identity, hence the “hila” in Hila-Bana, Martinez said.

“Filipinos are so porous that we are slowly forgetting our identity due to external influences,” she said.

She portrayed this in a street art near the Special Education (SPED) Center on Military Cutoff Road.

On the wall is a painting of an Ibaloi girl in full color because the SPED Center uplifts culture as it hones children to appreciate their identity, Martinez said.

“But as the girl moves toward a Chinese-owned establishment, she slowly loses her color. As if the strings are coming off and along the way she forgets who she is. That is the message of Hila-Bana,” she said.

Her works have since become popular, owing to a mural she made near the bus station. Her works also have become favorite spots for tourists who take photos that are shared online. 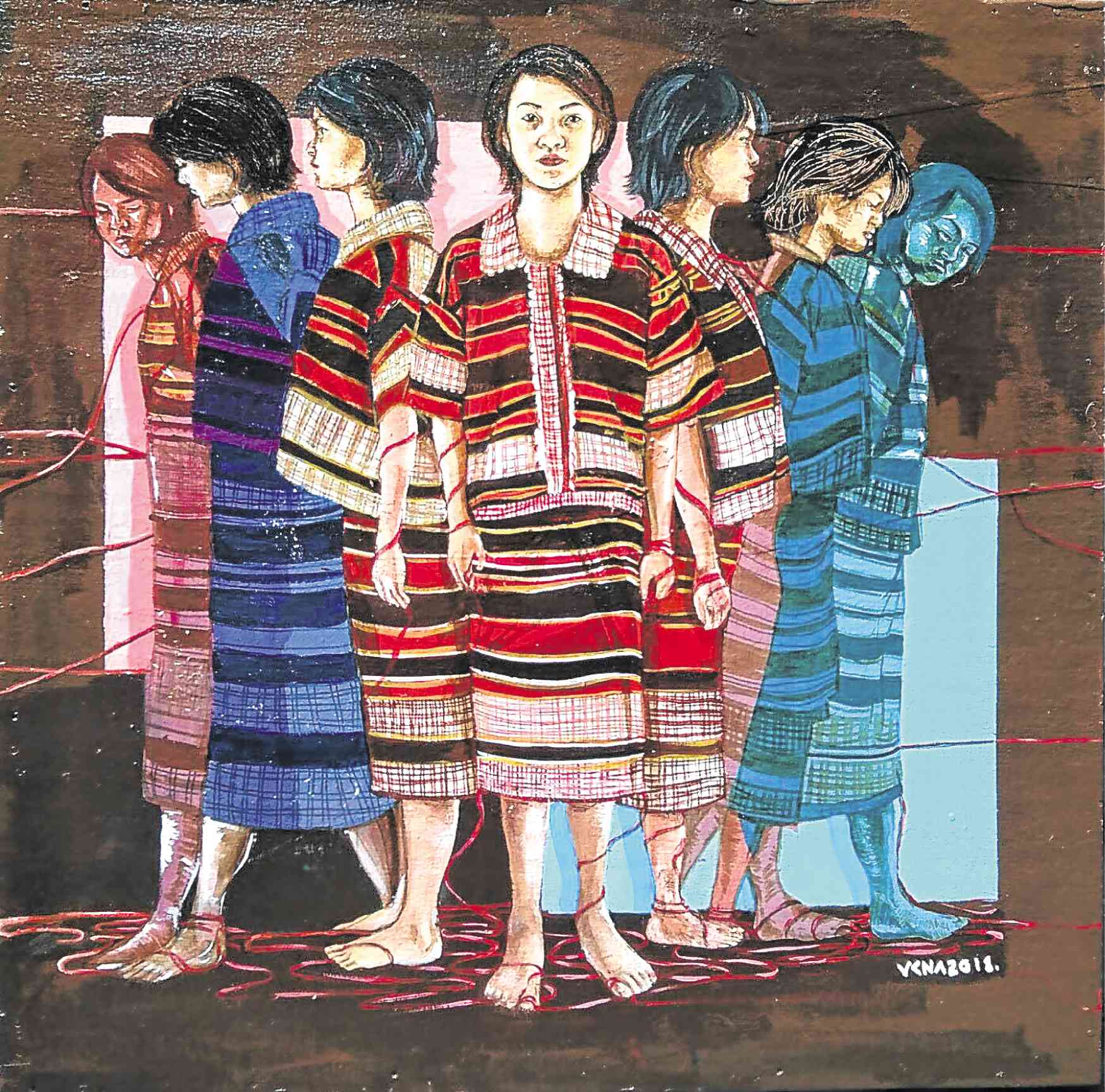 The murals were not accepted at first, however. “People … thought it was vandalism,” she said.

Martinez said she had also been criticized by some local artists. “Now that I’ve become a public figure, some called me a sellout,” she said.

She does not charge anything for her murals. She sustains her work and lifestyle by accepting other projects that offer payment.

Martinez said she was just starting to create murals and that she wanted to paint the empty walls in the city with red strings and colorful figures.

“So it’s not necessarily just for me. It’s for people to start a conversation and to appreciate that piece of art,” she said.

Read Next
THIS WEEK’S FESTIVALS: March 31 to April 6, 2019
EDITORS' PICK
NBI, Immigration to join hunt for ‘underground’ medical clinics
Duterte approves Metro Manila’s shift to GCQ starting June 1
SM prepares for ‘safe malling’
2 Chinese nationals arrested in raid on another unlicensed COVID-19 hospital in Pampanga
Notice of 2020 regular meeting of stockholders June 18, 2020
Leveling up your ‘lutong bahay’ with the kitchen companion you never knew you needed
MOST READ
Duterte approves Metro Manila’s shift to GCQ starting June 1
Revillame tells Roque: ABS-CBN is in my heart despite being in rival network
NCR is ready for GCQ — Palace
Año: Quarantine passes not needed in GCQ, movement restricted to essential travel
Don't miss out on the latest news and information.