newsinfo / Headlines
Headlines
SERIOUS SIDE OF A ‘JOKE’

Lacson’s unsolicited advice to Carpio: Be paranoid of Chinese surveillance 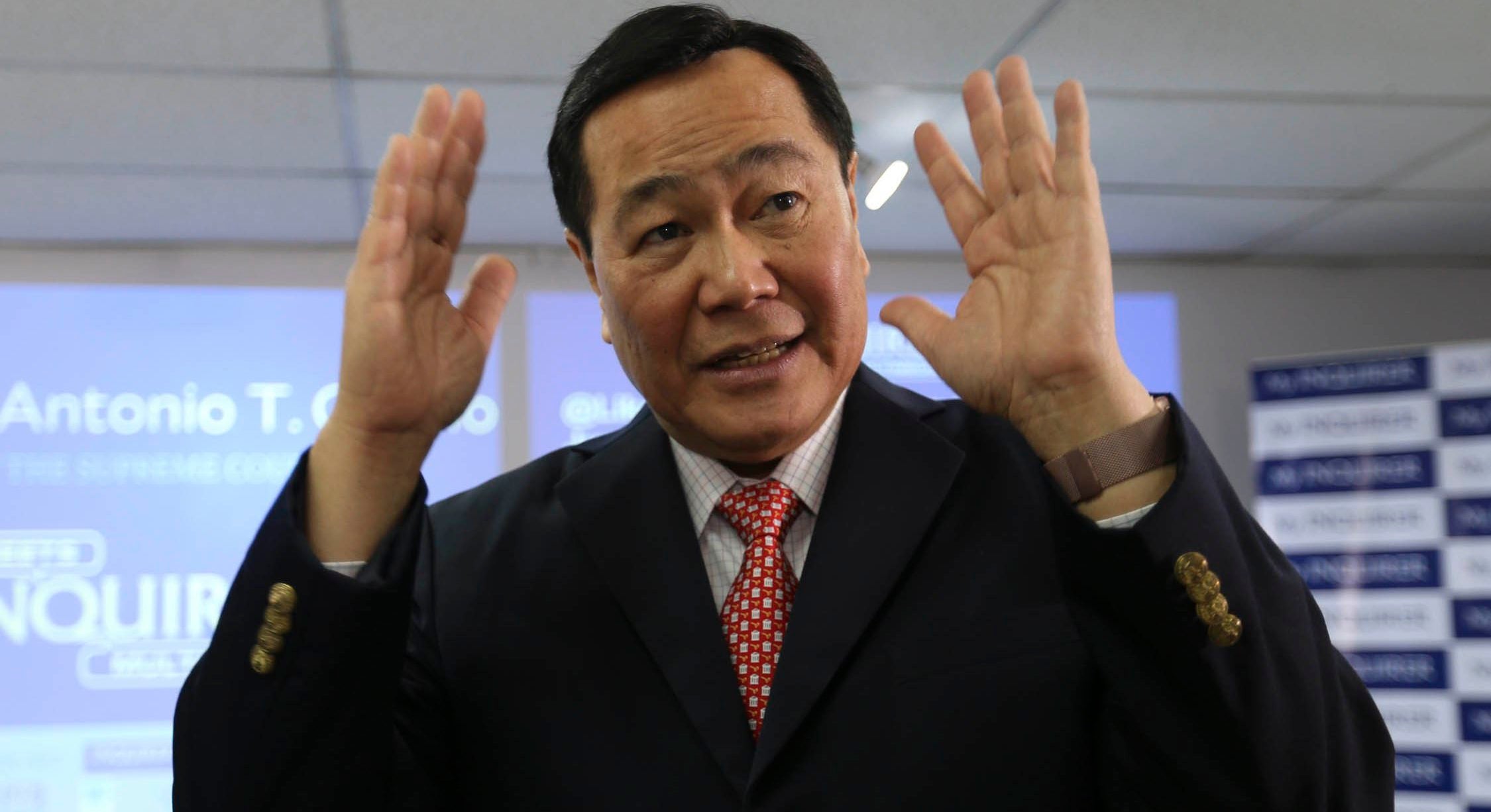 This was the unsolicited advice given by Sen. Panfilo Lacson to Supreme Court Senior Associate Justice Antonio Carpio, who earlier claimed that China had been eavesdropping on his phones calls and tracking his e-mail.

Carpio, a member of the Philippine delegation to The Hague when the country pressed its claims against China in the South China Sea, made the remarks on Thursday when a power outage interrupted his presentation in Iloilo City on the 2016 arbitral ruling that favored the Philippines.

Said Carpio:  “I know that my e-mail and my phone conversations are being monitored by China, but I didn’t know they have the capability to tinker with my presentation.”

Lacson, a retired military intelligence officer who later headed the Philippine National Police, said the surveillance was not surprising.

“Any high-profile government [official] who actively make(s) statements on the West Philippine Sea, or any issue that involves China, the US and any country [with] geopolitical interests in the Philippines, should expect and assume that they will be the subject of technical, even physical surveillance,” he said.

“The best antidote, if I may give an unsolicited advice, is paranoia—as in 24/7,” the senator added.

Senate President Vicente Sotto III said he believed the surveillance was possible, as the country’s leading telcos have long been using the network services of Huawei, China’s telco giant, which has recently been embroiled in spying allegations in the United States, New Zealand and Canada.

“Our intelligence agencies should verify and thwart, if validated” the surveillance on Carpio, he said.

But while Senate officials have taken Carpio’s remarks seriously, presidential spokesperson Salvador Panelo said they were “part of a joke.”

“He was making us laugh because a brownout (had) occured. If I were in his shoes I would have said that, too,” said the Palace official who was in the same Integrated Bar of the Philippines convention in Iloilo City when Carpio made his presentation. —WITH A REPORT FROM JULIE M. AURELIO