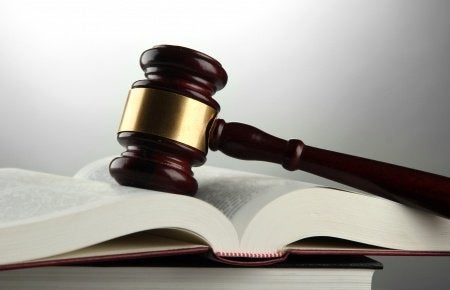 MANILA, Philippines — A former commissioner of the Professional Regulatory Commission (PRC) was found guilty of estafa by the Sandiganbayan for receiving funds intended for the Philippine Society of Mechanical Engineers (PSME) in 2005.

In a decision dated last March 22, the Second Division said that Alfredo Yap Po, during his stint as acting chair of PRC’s Board of Mechanical Engineering, violated Article 315 of the Revised Penal Code when he received money worth P728,539.

The money was obtained from ticket sales and membership dues during the November 2005 Oath-Taking ceremony of new mechanical engineers.

The anti-graft court banked heavily on the statements by two witnesses.

Regulation Officer II Ofelia Dichoso and PSME’s representative Eriberto Agcamaran both testified that there was an order that the funds would be given to Dichoso for her to remit it to Po.

“The fact of receipt of the money by accused Po is sufficiently settled by the telling testimonies of prosecution witnesses Dichoso, Gabito, and Agcaraman,” the decision penned by Second Division chair Associate Justice Oscar Herrera said.

“Accused Po claimed that he did not receive any money collected from the passers of the Mechanical Engineering Board Examinations who had paid for PSME membership dues […] neither did he instruct Dichoso to turn-over to him the collections; nor did he have a hand in the collection of funds arising from the said activity,” they added.

However, Dichoso insisted that she gave the money to Po and saw him first-hand signed the documents indicating that he has received the money, despite the differences in the way it was signed.

Agcamaran also said that he remitted the money to Dichoso, based on instructions that the money would be given to Po.

“Accused Po’s claim of non-receipt of the monies was strongly debunked when witness Dichoso clearly recounted when, where, and how accused Po received the money,” the court noted.