Diokno: If Senate were a karaoke bar, I’ll concede to Freddie Aguilar 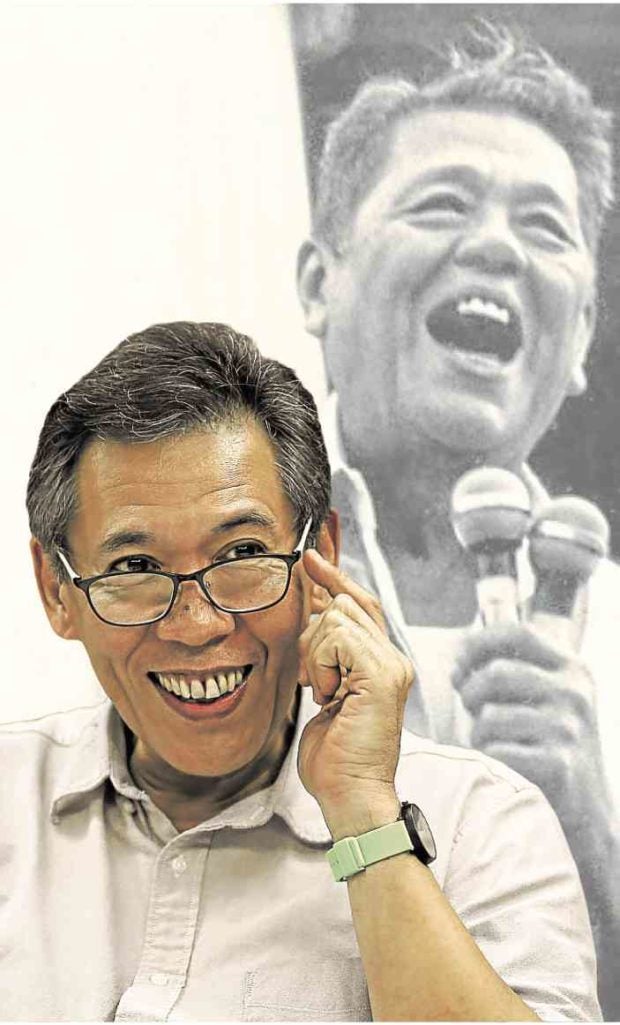 FATHER’S FOOTSTEPS Human rights lawyer Jose Manuel “Chel” Diokno (foreground in this composite photo) tells the Inquirer that his father, the late Sen. Jose “Pepe” Diokno, has been his lifelong inspiration in making his own contribution as a champion for justice as he runs for the Senate. INQUIRER file photo / EDWIN BACASMAS / DIOKNO FOUNDATION

MANILA, Philippines — Human-rights lawyer and Otso Diretso opposition candidate Chel Diokno is ready to concede to veteran singer-songwriter Freddie Aguilar, but only when it comes to singing.

(I would admit that Freddie Aguilar is better than I am in terms of singing and I agree with him [that he is better], only if the Senate is a karaoke bar.)

But the senatorial contender pointed out that entertainment performances have no place in the halls of the Senate.

(But [his] problem is that the Senate is mandated to craft laws and our countrymen have the right to know who among the candidates have the capability to make laws.)

The lawyer then renewed his dare to engage administration-backed candidates to a debate.

(That is why it is better for him [Duterte] to pit Freddie Aguilar to a debate, or anyone in their slate, I am ready to have a debate with them, anywhere, anytime.)

In a speech in Koronadal City, South Cotabato on Tuesday, the President compared Diokno to Aguilar, whom he said had done more for the country.