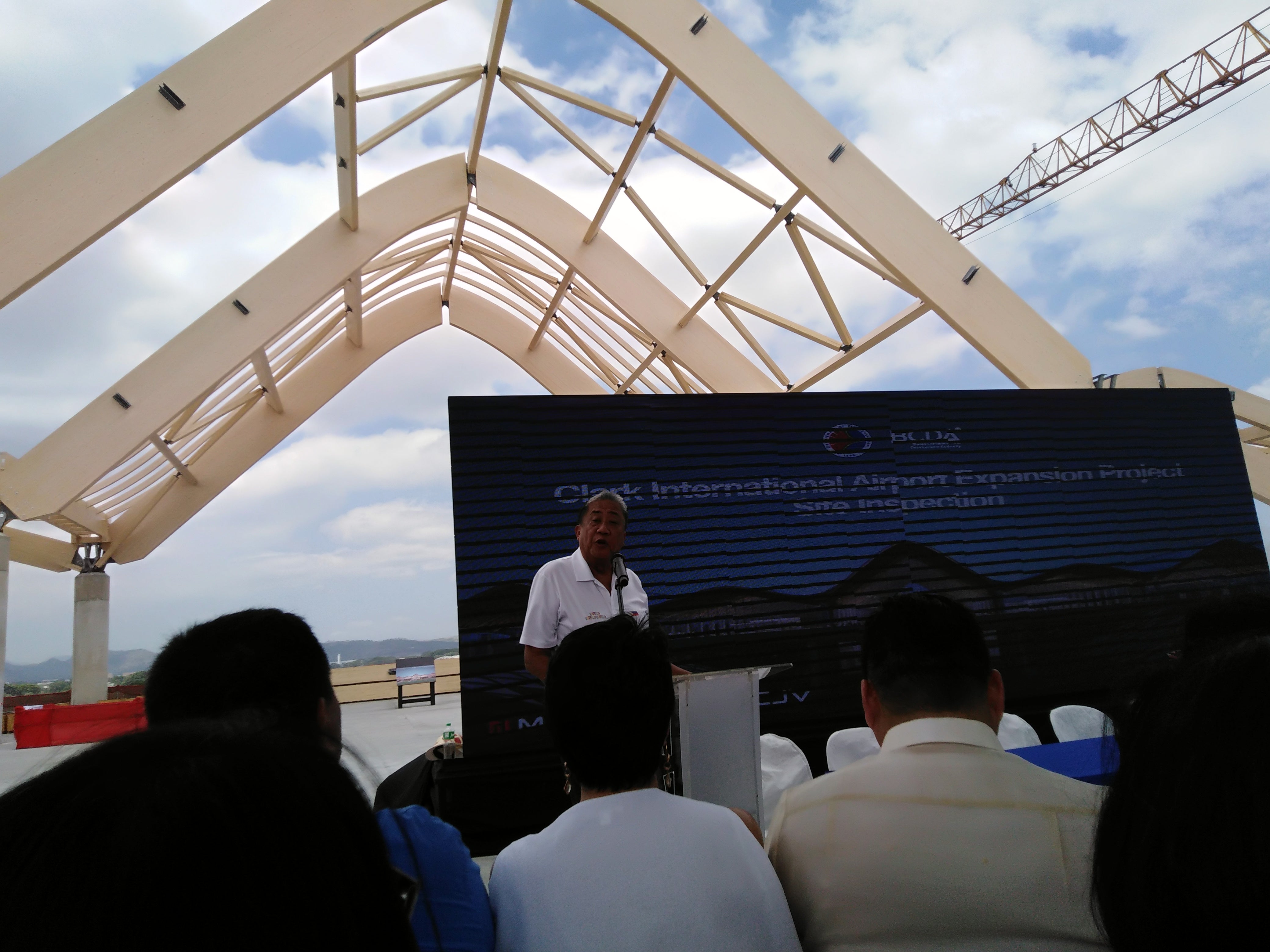 Transportation Secretary Arthur Tugade addresses a crowd after the site inspection of the ongoing expansion in the Clark International Airport in Pampanga. An additional runway will be constructed at the airport before 2020. Photo by Carmela Reyes-Estrope

CLARK FREEPORT — An additional runway would be constructed in the Clark International Airport (CRK) here as part of its expansion, officials of the firm running the airport said on Wednesday.

Jaime Alberto Melo, president of the Clark International Airport Corp. (CIAC), said the second runway was expected to be completed before President Duterte’s term ends in 2022.

Melo made the announcement during the site inspection of the ongoing expansion of CRK.

Melo said the airport has been lagging behind other modern airports worldwide in terms of facilities.

“This is why we are announcing today that the national government will begin planning and will construct the second runway in accordance with the Aeroport de Paris International master plan to be completed before the end of the term of the President, ” Melo said.

Once completed, the P10-billion additional runway is expected to serve the increasing number of passengers and flights in the CRK, Melo noted.

The CRK extension project, which is already 53 percent completed, started in 2017 and is expected to be finished in the middle of 2020./lzb