Plane mistakenly takes passengers to Scotland instead of Germany

A British Airways flight from London made a surprise stop in Scotland when it was supposed to land in Germany. 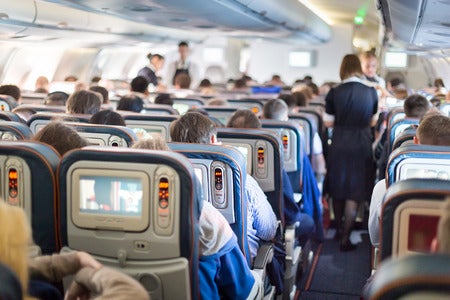 The error was traced to wrong documentation for the flight plan, BBC News reported on Monday, March 25.

Passengers were surprised when, upon landing, they were told, “Welcome to Edinburgh,” with many thinking it was a joke.

The pilot asked who wanted to go to Düsseldorf and all raised their hands, leaving the entire crew confused.

“I don’t think anyone on board has signed up for this mystery travel lottery,” tweeted passenger Son Tran (@sontrantuan) to British Airways.

Passengers were stuck in the plane on the tarmac for two and a half hours before it headed to Düsseldorf.

British Airways had hired German charter airline WDL Aviation for their services in a leasing deal. WDL submitted the wrong flight plan the night before the service, and this was what the pilot and air traffic control followed.

The German company said in a statement, ”At no time has the safety of passengers been compromised. We flew the passengers on the flight with number BA3271 to Düsseldorf after the involuntary stopover in Edinburgh.”

WDL said it was working with authorities to investigate the mix-up.  Niña V. Guno /ra