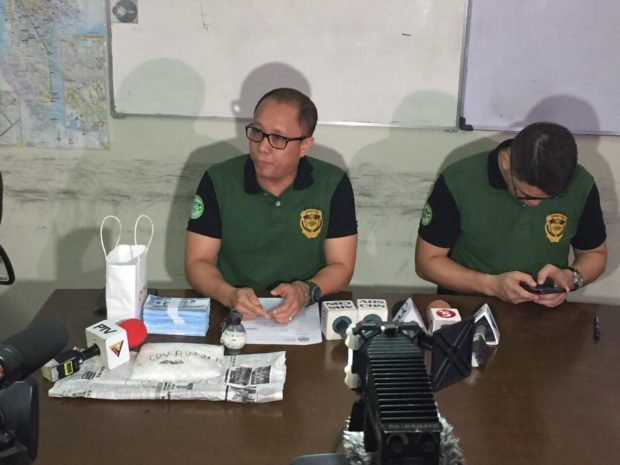 MANILA, Philippines — A drug suspect was killed and approximately P3.4 million worth of suspected “shabu” was seized by authorities during a buy-bust operation in Alabang, Muntinlupa City on Sunday night, the Philippine Drug Enforcement Agency (PDEA) said.

Based on PDEA’s report, operatives conducted a buy-bust at an apartelle in Alabang at 8:30 p.m., which resulted to the arrest of Cabezudo.

However, PDEA said that while they were transporting the suspect to the PDEA headquarters in Quezon City aboard their service vehicle, Cabezudo attempted to get a hand grenade from his pants, which was hidden in his groin area.

This prompted operatives to shoot the suspect, PDEA said.

Operatives instead rushed Cabezudo to Quirino Memorial Medical Center, but the doctor declared the suspect dead on arrival.

According to PDEA, they seized from the suspect a transparent plastic bag containing suspected shabu weighing around 500 grams and approximately valued at P3.4 million as well as the bundles of marked money used in the drug sting.

Authorities said the confiscated of pieces of evidence will be submitted to PDEA Laboratory Service for examination. /kga 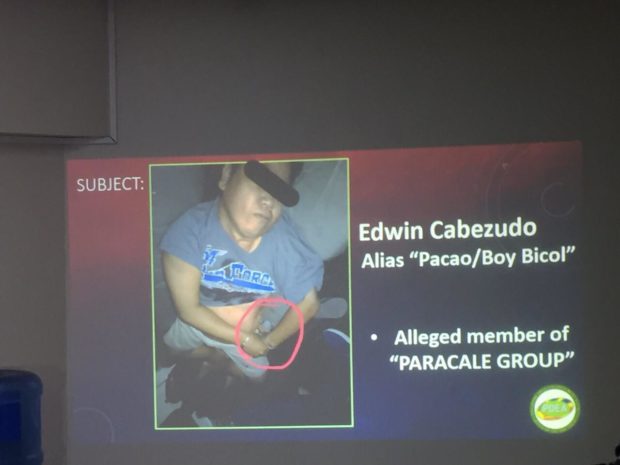