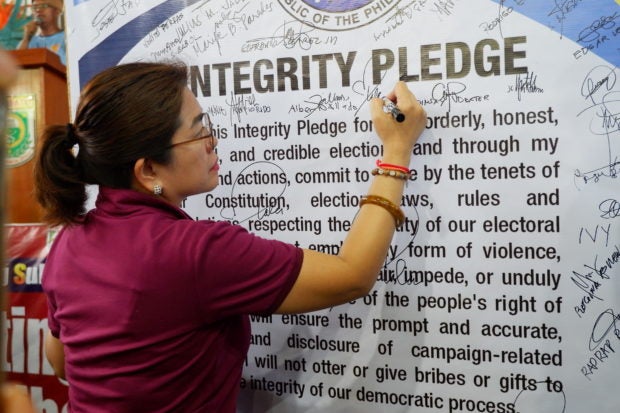 AMAS, Kidapawan City – When there is unity, there is peace.

This was the pledge made by the religious and non-religious sector, law enforcers (police and military), local political candidates, the academe, students, and the Commission on Elections (Comelec) in North Cotabato during the signing of a covenant on peaceful elections and the staging of the Solidarity Walk and Ride for Peace last Saturday at the Provincial Capitol in Amas, Kidapawan City.

Organized by the North Cotabato Provincial Police, the activity, which was also dubbed Unity Walk, started around 7 a.m. at the grounds of the Provincial Capitol. 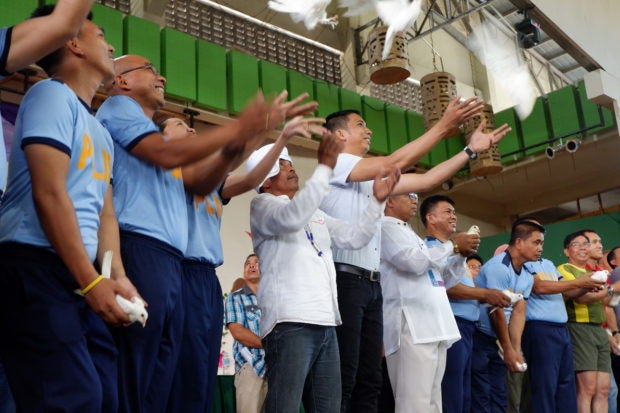 Lawyer Jay Gerada, the provincial election supervisor, lauded the significant number of participants of the unity walk, saying the activity was “only a first step” towards a peaceful conduct of elections in May this year.

“All of us have our own stake in this election. Waking up early for the unity walk is but a small sacrifice for a peaceful election,” he said.

Brigadier General Alfredo Rosario, Jr. of the 602nd Command of the AFP urged all the candidates to respect the covenant.

“Let us unite our cause for peaceful election here in Mindanao and for the candidates to respect religiously our peace covenant,” he said.

“We believe that election is not only a work of one sector. The people should be united in ensuring a safe and secure election,” Police Provincial Director Police Colonel Maximo Layugan said. /gsg