‘Honesty’ is such a lonely word, bus company learns 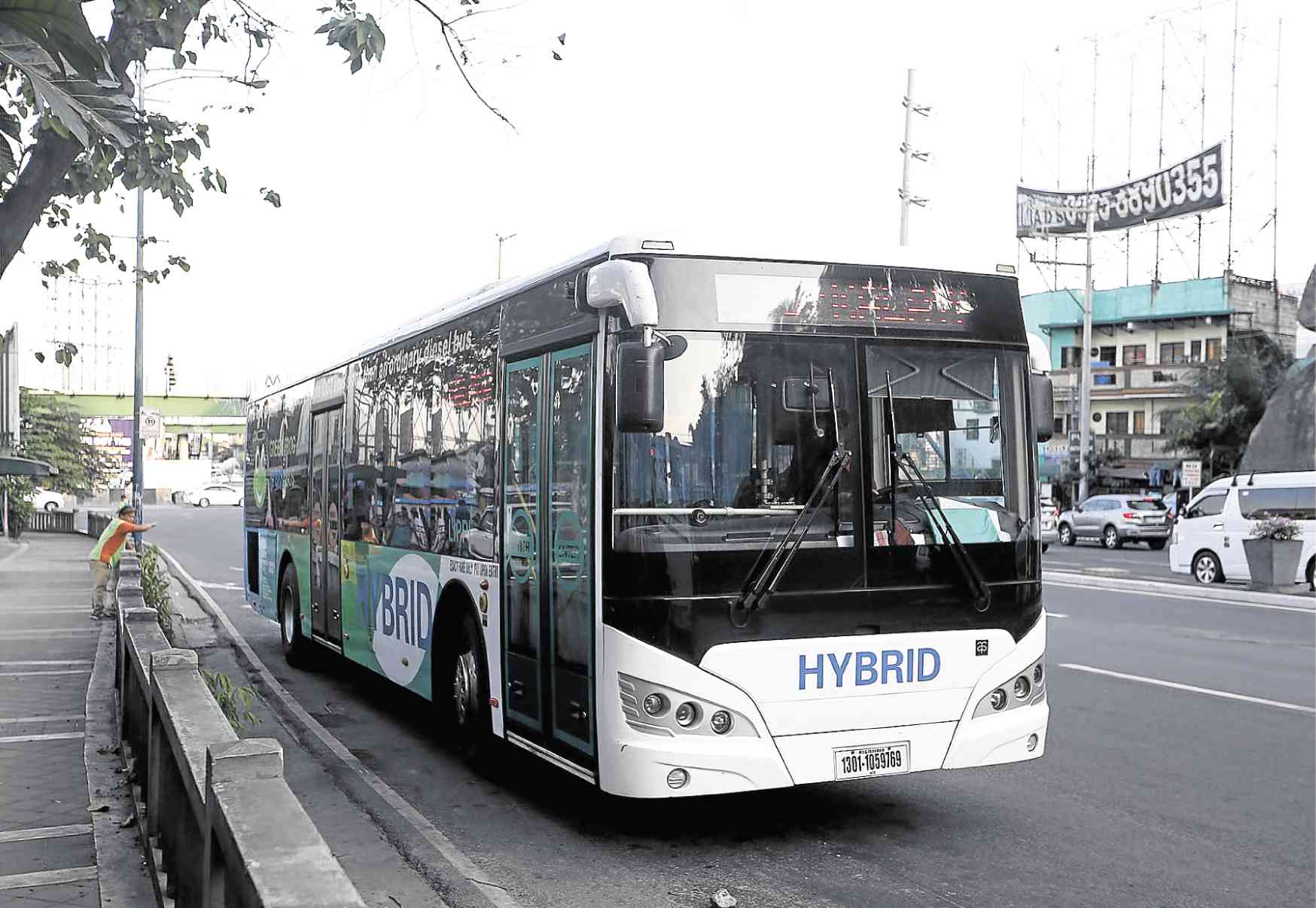 SAD REALIZATION Owners of the Green Frog Hybrid Bus System were disappointed that its “honesty” fare payment scheme had failed when a weeklong test run showed up to 30 percent of passengers did not pay for their trips. —RICHARD REYES

Barely a week after it tested an “honesty system” in collecting fares, a bus company on Wednesday announced that it would discontinue the novel scheme after it found that one out of three passengers did not pay for the trip.

Green Frog Hybrid Bus System, whose fleet of 12 environment-friendly hybrid electric-gas buses serves the school and business districts of Makati, Manila and Pasay cities, said it was returning to fare collection by conductors.

In a trial run from March 11 to 17, the company’s buses allowed passengers to drop their fares into a cash box or tap their bus cards on a validator machine, both located near the driver.

The bus runs from C5-Kalayaan Avenue in Makati to Mall of Asia in Pasay. Minimum fare is P15 for cash and P13 for card payments, while maximum fare is P45 and P39, respectively.

To its disappointment, Green Frog found that 30 percent of the passengers did not observe the honesty system, meaning they did not pay their fares.

The company’s chair, Philip Go Apostol, said he was saddened but still believed “the Filipino is basically honest.”

“That data shows that 70 percent of the riders are honest,” Apostol said, without elaborating on how his company came up with the figures.

“It is sad because this happened on routes with the most educated population of the country—most of our riders are office workers and university students in Makati,” he added.

Bus driver Jojo Ramon, 50, told the Inquirer that Green Frog tested the honesty with two buses and was satisfied enough to roll it out on March 11.

But it immediately ran into problems, Ramon said. Some passengers did not pay outright, while others who did not have the exact fare ended up not paying at all, he said.

“We try to break down their bills into P5 coins as soon as they get on board, but some people are really sneaky,” he said. “Sometimes they just sit right ahead without paying.”

It also was not that the passengers did not know the bus they were riding was implementing the honesty system either, Ramon said. On the windshield was a large sign saying “honesty bus” and “exact fare only.”

“It would have been a good system,” the driver said. “Maybe it would work better if passengers were prepared with their exact fares.”

A pioneer of Euro-4 compliant buses in the country, Green Frog has been supporting innovative transport solutions to ease commuter experience since 2013, ahead of the government’s public utility vehicle modernization program in 2016.

Apostol said Green Frog pioneered the card system that other companies like those that operate point-to-point city buses now use.

“We will continue to innovate to improve public transportation in the country. We will experience hiccups like this, but it will not deter us from continually trying to improve our service,” he added.

The company’s announcement, which was posted on its Facebook page, piqued some netizens.

“I want to believe badly in the good-naturedness of the Filipino, but such incidents are like a hard slap of reality,” Russell Palmos-Delos Reyes said in response to the Facebook announcement.

“Who is it that rides Green Frog? These are people who are educated and go to work, not people from Payatas. So who is the real problem? Is it really the poor people or those who are expected to help but are actually part of the problem?” he said.

John Ronnel blasted the “hypocrites, . . . the ones who are angry at corrupt politicians, too.”

“First world options can’t be done in a third world mindset. This is why we’re stuck as a third world country. Such a waste,” commented Janjan Ho.