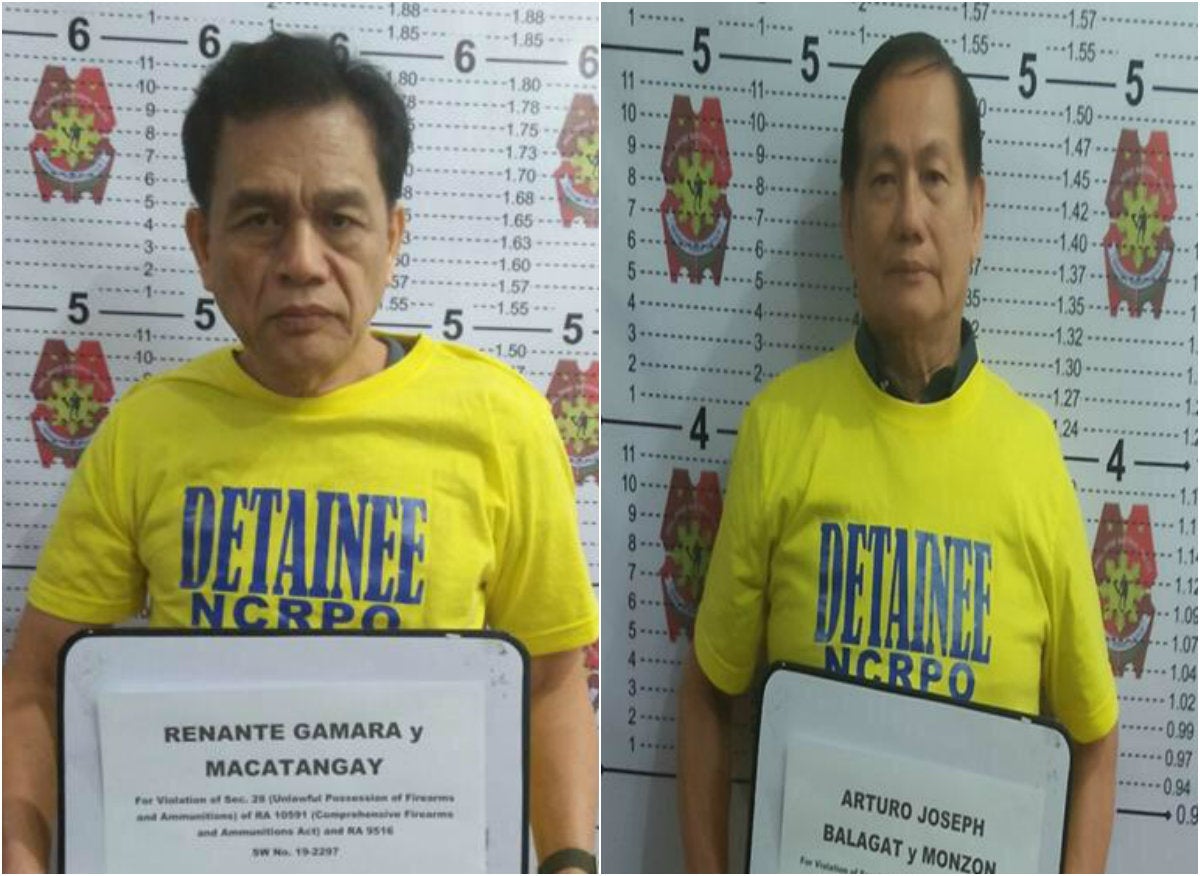 A consultant to the communist-led National Democratic Front of the Philippines (NDFP) was arrested, along with an elderly priest, shortly after the government announced the dissolution of the government’s peace negotiating panel.

Renante Gamara, 61, was arrested on Wednesday afternoon by  dozens of soldiers and police officers who stormed the home of retired priest Arturo Joseph Balagat, 72, where he was staying as a guest in Imus City, Cavite province. The two are longtime friends.

Gamara was the fifth NDFP consultant arrested since President Duterte signed Proclamation No. 360 in November 2017 terminating peace talks with the NDFP, which represented the Communist Party of the Philippines (CPP) and its armed wing, the New People’s Army (NPA).

Earlier on Wednesday, the government said it terminated on Monday the appointment of Labor Secretary Silvestre Bello III as head of the government peace panel along with others on his team—Hernani Braganza, Angela Librado-Trinidad, Rene Sarmiento and Antonio Arellano.

“It shows the government is truly no longer interested in peace talks,” said Gamara’s daughter, Miki, 29.

In a phone interview on Thursday, Director Guillermo Eleazar, chief of the National Capital Region Police Office, said a warrant had been issued by Judge Cynthia Marino-Ricablanca of Regional Trial Court Branch 27 in Santa Cruz, Laguna province, in connection with violations of the firearms and ammunition law.

Kristina Conti of the National Union of People’s Lawyers said her group would “contest the charges at every stage—from the prosecutors’ office all the way to court.”

“I can tell you that eventually, we will prove that these are all lies,” Conti told the Inquirer.

She said the warrant named only Balagat. The priest heads  Social Concerns Multipurpose Cooperative, which holds office on a property owned by his family in Barangay Poblacion II-A.

“There was no warrant in the name (of Gamara) whether for old cases or for allegedly new cases,” Conti said.

According to the police, Balagat served as parish priest in Cavite before migrating to California in 1992. He returned to the Philippines after his retirement in 2013.

In April 2012, Gamara, a native of Batangas province, was arrested in Las Piñas City but was released on bail to join the 2016 peace negotiations in Oslo, Norway.

Police said he faced charges in the 2006 kidnapping and murder of a soldier, Eriberto Eclavea, in Mauban, Quezon province, and the frustrated murder of a rebel returnee.

Gamara, a former labor union and urban poor organizer, was part of the NDFP’s political and constitutional reforms committee during the talks.

“He is a very calm man who wouldn’t even spank us (his children), how much more carry grenades,” his daughter, Miki, said in a phone interview.

She said her father never went into hiding, as police had claimed, but continued working on the NDFP’s proposed comprehensive agreement on social and economic reforms.

Conti said peace consultants were protected by the 1998 Joint Agreement on Safety and Immunity Guarantees even there were no talks.

Duterte abolished the government peace panel in line with his administration’s new approach to ending the 50-year-old insurgency by holding local peace negotiations.

His spokesperson, Salvador Panelo, said the creation of “many” localized peace panels “will be even more favorable” to the rebels.

Presidential peace adviser Carlito Galvez Jr., in a statement on Wednesday, said the local peace panels would include representatives from different sectoral groups, local governments and the military whose presence was essential to the peace negotiations.

Galvez stressed that the participation of local governments in the peace process was crucial to resolving social issues that have been the causes of the insurgency.

“We’re all Filipinos. Our country will not prosper if this fighting will continue,” she said.

Wait for next administration

CPP founding chair Jose Maria Sison said in a statement that the rebels would just have to wait for the next administration to reopen the talks.

He said the NPA had no choice but to “single-mindedly defend itself actively against Duterte’s murderous campaign of military suppression.”

“First, Duterte had terminated the peace negotiations and secondly, but more importantly, Duterte has no interest in the peace negotiations because he has always schemed to use the armed conflict as an excuse for carrying out martial law nationwide and for railroading Charter change to a bogus kind of federalism in order to realize and impose fascist dictatorship on the Filipino people,” Sison said. —WITH REPORTS FROM DELFIN T. MALLARI JR., MATTHEW REYSIO-CRUZ, JEANNETTE I. ANDRADE AND JULIE M. AURELIO