Bay rehab can’t be put off 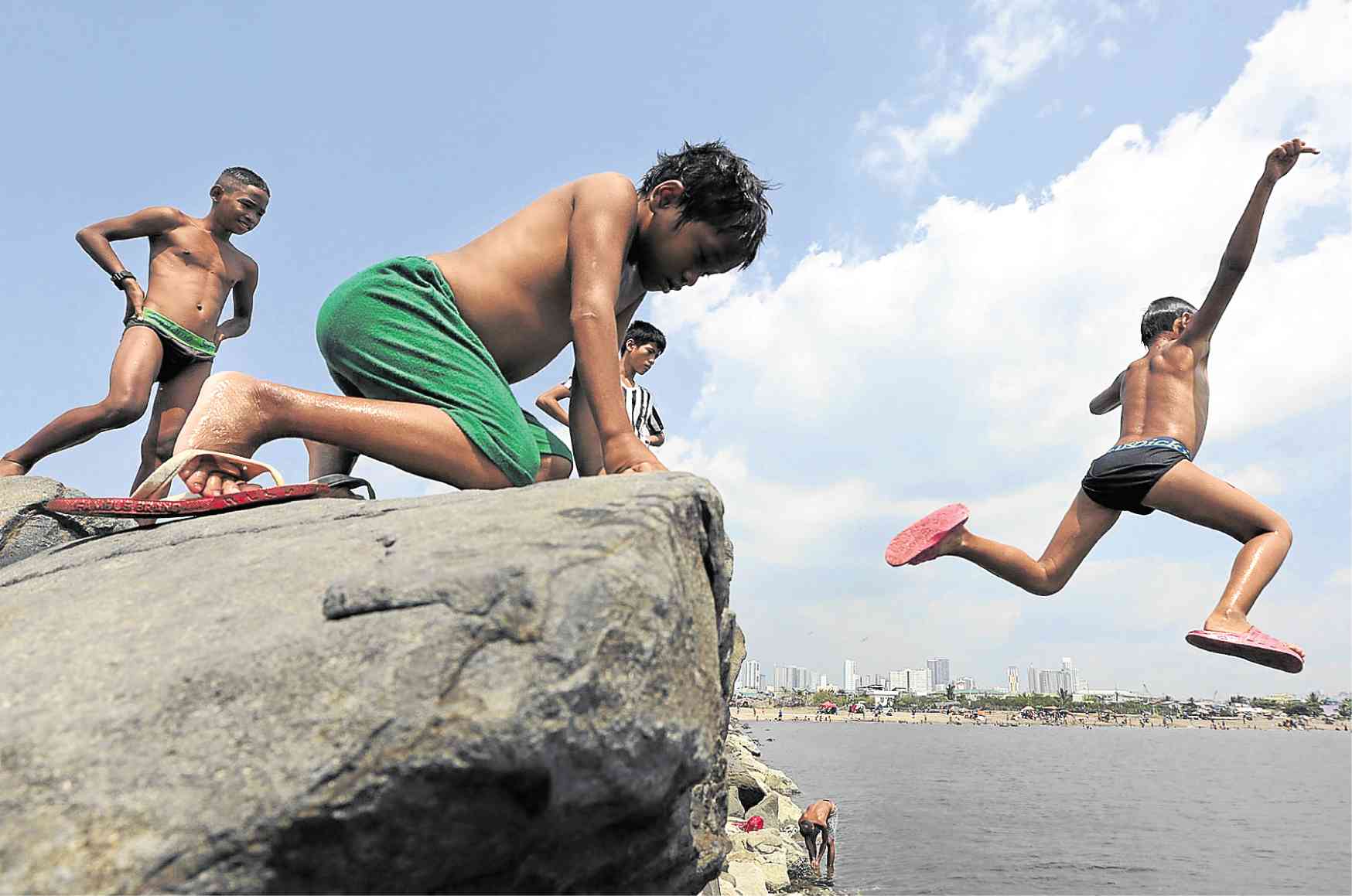 DEFIANT YOUNGSTERS Boys defy a ban on swimming in Manila Bay, which is being rehabilitated. —GRIG C. MONTEGRANDE

The rehabilitation of Manila Bay cannot be put off any longer, a Palace official said as a business group called for due process for establishments that fail to comply with environmental laws.

Malacañang instead urged business establishments to follow regulations to avoid closure as the government would continue to implement its seven-year rehabilitation program for Manila Bay.

He pointed out that owners of business establishments that were operating in violation of environmental laws had only themselves to blame if they were ordered closed.

“After all, if they are non-compliant, they are the ones who created the mess themselves,” Panelo said.

He made the remarks after the Philippine Chamber of Commerce and Industry (PCCI) appealed to the government to observe due process in dealing with noncompliant companies.

This was after the Department of the Interior and Local Government told local officials of areas within the Manila Bay Watershed Area to revoke the business permits of establishments violating environmental laws.

While it was supportive of the government’s rehabilitation plan for Manila Bay, the PCCI said due process should be followed and that businesses should not be arbitrarily closed.