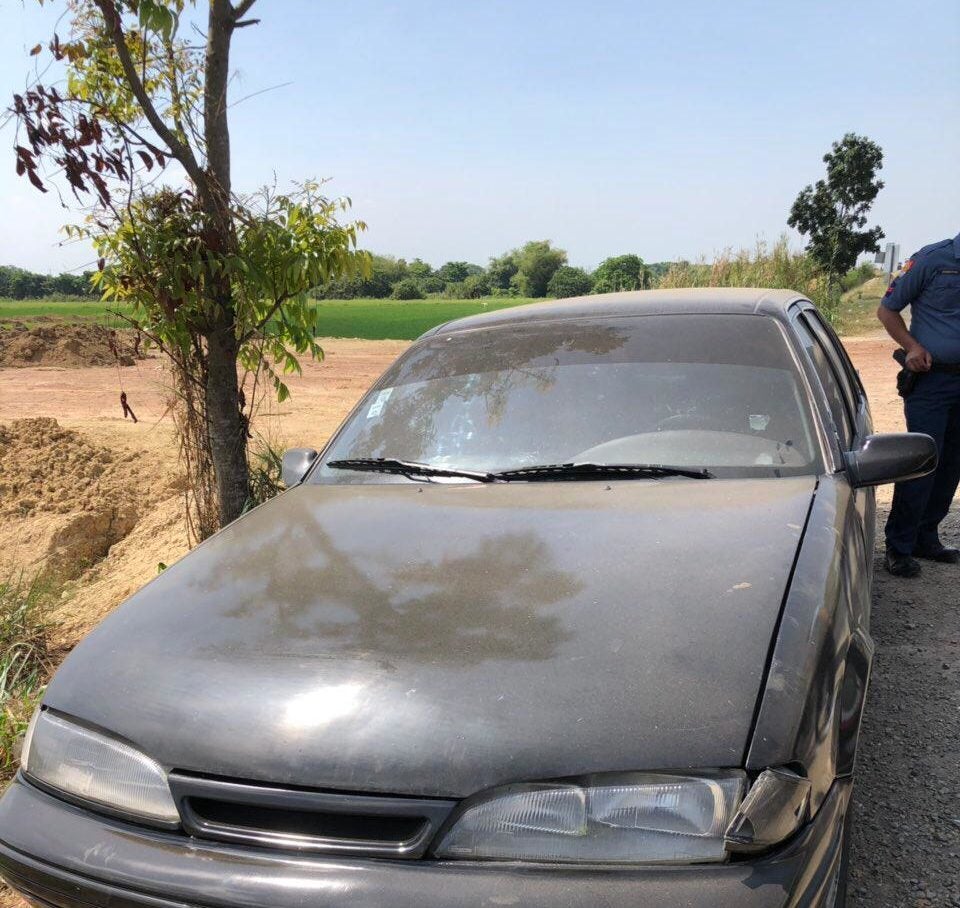 An abandoned car in Bulacan province yielded on Thursday morning a kilo of “shabu” (crystal meth)that, according to the Philippine Drug Enforcement Agency (PDEA), was part of the P1.1-billion worth of illegal drugs it seized from Chinese suspects in Muntinlupa City on Tuesday.

According to the PDEA, a black Daewoo car (XKP 622) was found abandoned on the bypass road at Barangay Camachilihan in Bustos town.

Policemen who went to the scene found a red plastic bag containing a kilo of shabu that, PDEA said, was “packed inside a light green plastic container with Chinese markings—almost similar to the drugs seized in Alabang, Muntinlupa City.”

Out in the streets

PDEA spokesperson Derrick Arnold Carreon said the incident confirmed that part of the shabu cache had already hit the streets.

On Tuesday, PDEA agents conducted a buy-bust operation at a mall parking lot on Zapote Road, Muntinlupa City, resulting in the arrest of two Chinese men identified as Kei-Kei Go and Kian Kok Chua, and Emmanuel Pascual, a Filipino.

A follow-up operation led the PDEA team to a house on Apitong Street in the exclusive  Ayala Alabang Village, resulting in the arrest of a third Chinese, Wu Yi, who also went by the name Li Zhaoyang.

Seized in the twin operations were 166 kilos of shabu worth P1.1 billion hidden in Chinese biscuit tins and tea bags.

A congressman, meanwhile, asked the Duterte administration on Thursday to reassess its “friendly” relations with China.

“[The] government keeps on wielding the narcolist while thousands have been killed under its drug war, but we have yet to hear the President’s anger toward the large volume of illegal drugs that have entered the country from China,” Magdalo partylist Rep. Gary Alejano said.

What was “more worrisome,” Alejano said, was that despite the government’s pronouncements that it would work with China in combating drug trade and criminality, most of the apprehended suspects always turned out to be Chinese.

“The Philippines is not an offshore drug laboratory for Chinese drug syndicates. The country’s high-level drug lords should be made to answer for the illegal drugs that continue to enter the country,” he added.

PDEA director general Aaron Aquino, claiming that the crystal meth was from the Golden Triangle drug groups, said the syndicates had shifted their operations to producing shabu. The contraband is then turned over to Chinese drug traffickers who smuggle the narcotics into the Philippines.

In a television interview, Aquino said they had confirmed that the shabu came from the Golden Triangle region because these had the same packaging as those seized in Myanmar, Malaysia, Thailand and Vietnam.

The Golden Triangle is in Southeast Asia where the borders of Thailand, Laos and Myanmar meet at the junction of the Ruak and Mekong Rivers.

“They [Golden Triangle syndicates] are already competing in the production of methamphetamine hydrochloride. They started with cocaine, heroin and opium but eventually broke into the shabu trade because they know there is a large market, especially here in Asian countries,” Aquino said.

He conceded that the Golden Triangle syndicates’ drug smuggling and drug trafficking activities were a problem and PDEA had redirected the focus of the war on drugs to supply reduction. —WITH A REPORT FROM MELVIN GASCON