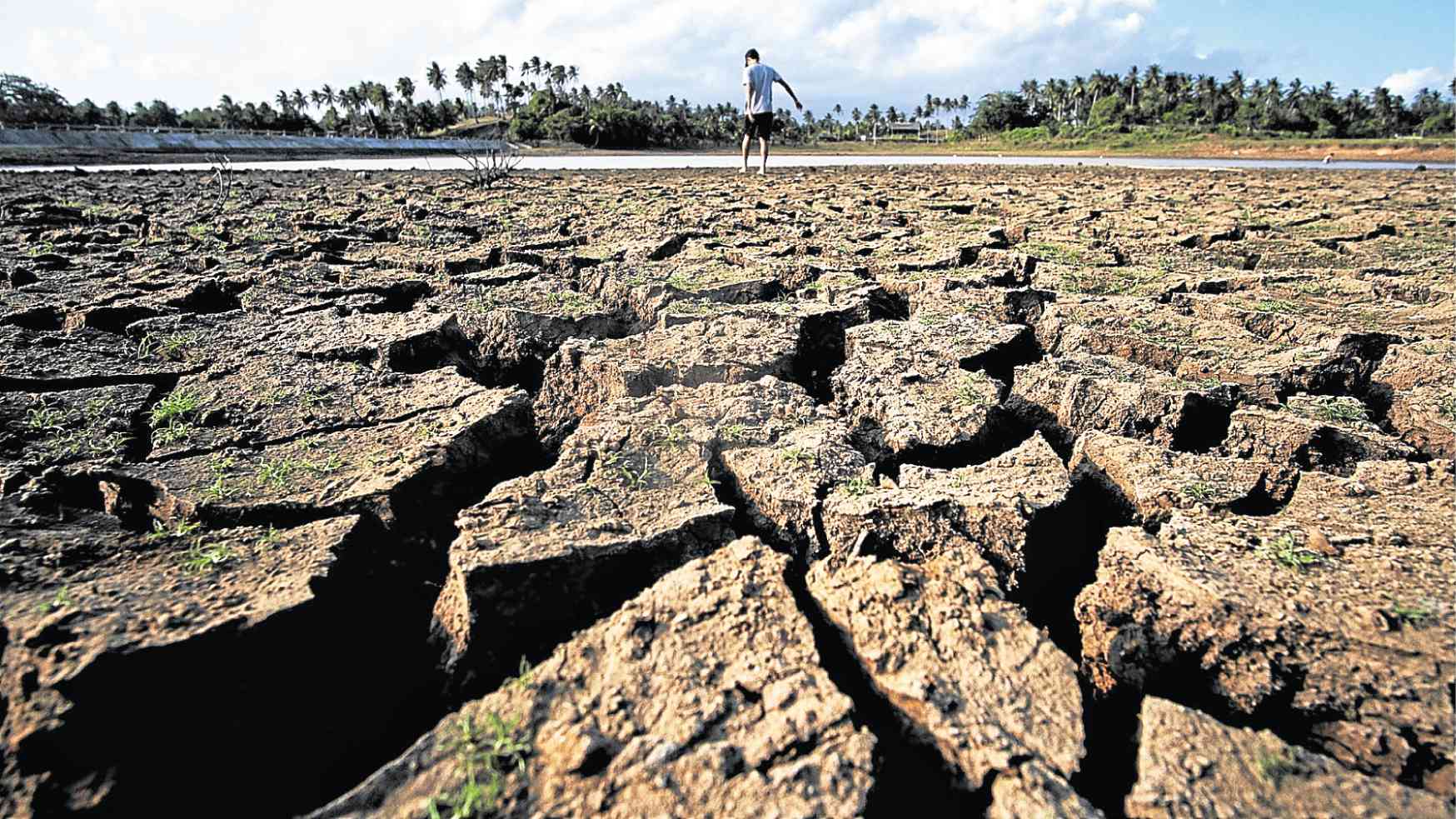 SCORCHED Extreme heat has dried up a lake in the village of Gabawan in Daraga, Albay, as the dry spell continues to ravage agricultural areas in the province. —MARK ALVIC ESPLANA

In Albay, provincial agriculturist Cheryll Rebeta said the province lost P130 million worth of crops due to a weak El Niño, a weather pattern associated with reduced rainfall.

She said 3,699 farmers had been affected while rice production losses had been pegged at P111.8 million.

The official said 761 ha of corn fields were also damaged, with farmers in Ligao City and the towns of Daraga, Oas and Polangui losing P21.6 million.

Losses in vegetable farms were still being assessed by agriculture technicians.

Rebeta said Daraga and Oas had been severely affected by the dry spell.

Oas Mayor Domingo Escoto Jr. said 17 villages in his town, with about 140 ha of rice and corn farms, were hit by the drought.

Irrigation canals have dried up as water levels in the town’s rivers dropped.

The provincial agriculture office will assist farmers in planting drought-resistant vegetables as alternatives to palay and corn until the rains come, Rebeta said.

Mayor Noel Rosal said the city government had prepared measures to cushion the impact of the drought, such as the purchase of four irrigation pumps and seeking help from the Department of Agriculture (DA) to provide farmers with seedlings.

In Camarines Sur, the top rice producer in Bicol, the provincial government on Thursday declared the province under a state of calamity.

“We decided to declare state of calamity to hasten livelihood assistance and relief goods to the farmers and residents affected by this natural phenomenon (El Niño),” Gov. Miguel Luis Villafuerte said.

Villafuerte said the provincial government had asked the DA for help in conducting cloud seeding operations to induce rainfall.

In Isabela, drought has severely damaged at least P101 million worth of crops in more than 24,000 ha of farmlands in the province.

Most of the wilted crops were planted in rain-fed farms, Naui said, adding that the lack of rain had contributed to the damage.

In San Carlos City in Pangasinan province, residents have been notified of possible emergency water service interruptions due to lack of rainfall.

Prime Water, which supplies water to 46 of 86 villages in the city, has asked consumers to store water.