Sotto sticks to his guns on ratified budget bill 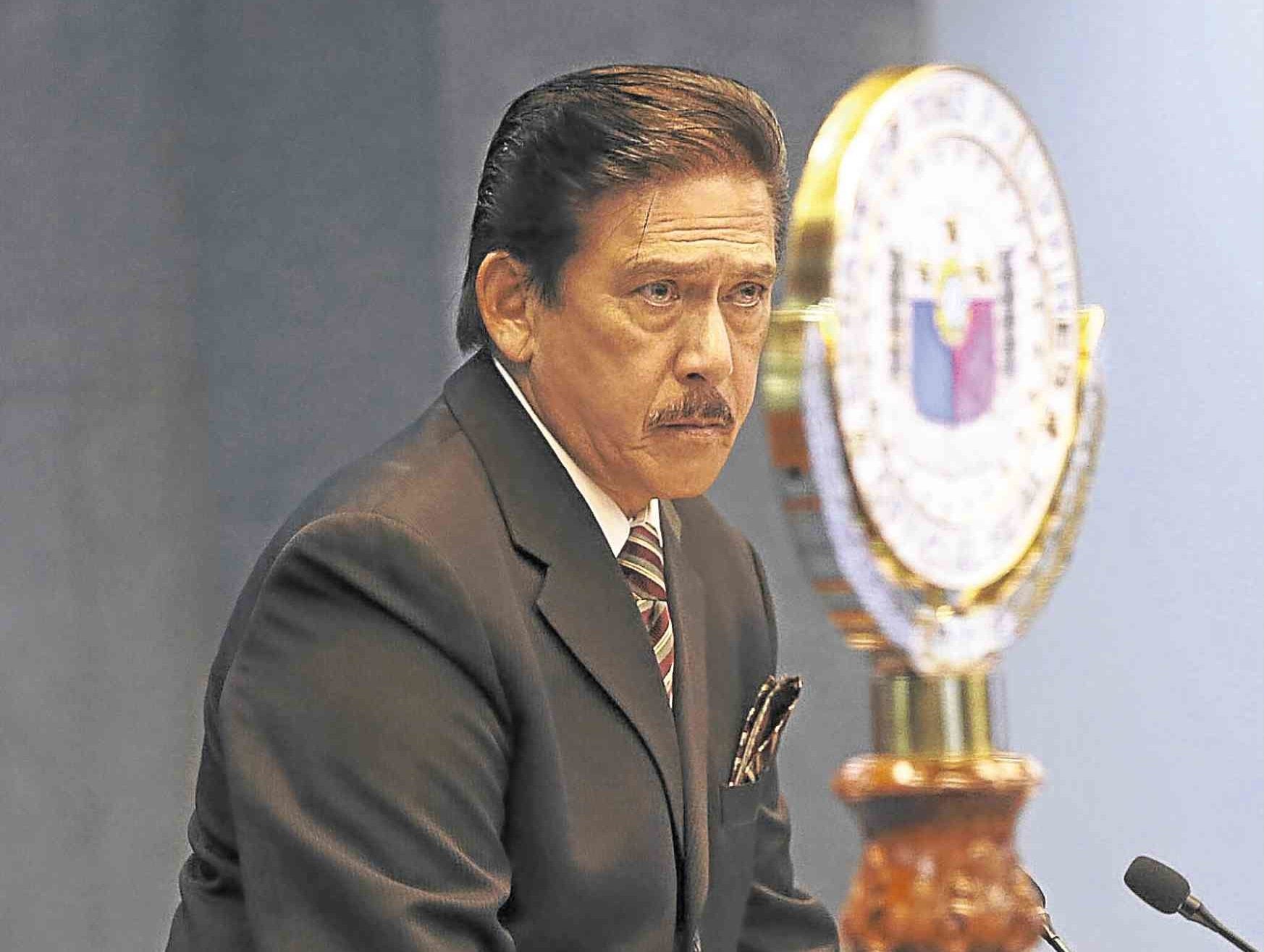 Senate President Vicente Sotto III on Thursday said he would not budge from his position that he would only sign the ratified version of the budget bill, despite the withdrawal by the House of Representatives of the copy of the measure it amended and sent to the Senate.

For Sotto, it is now up to the House leaders to put an end to the issue by restoring the bill to the version that was crafted by the conference committee and ratified by both chambers.

The two chambers ran into a deadlock after the House introduced amendments to the budget after its ratification and Sotto refused to sign the P3.8-trillion spending bill.

“Perhaps what we could say is, the door is now open for a possible cure to the impasse,” Sotto said at the Kapihan sa Senado forum.

But for him, this means the House should accept the ratified budget bill that does not contain the realignments it introduced afterward.

“The ball is not in our hands, it’s in theirs. All they have to do is to submit what we ratified in the [conference committee],” he said.

Malacañang on Thursday said President Duterte wanted Congress to resolve the budget impasse after two lawmakers pressed him to exert pressure on the House.

‘Solve it on your own’

“The President is not making any move. His last statement was, ‘Solve it on your own,’” presidential spokesperson Salvador Panelo said.

The Senate and House leaders will meet on Monday to resolve the issue, but Sen. Panfilo Lacson said anything could happen with Speaker Gloria Macapagal-Arroyo calling the shots for the lower chamber.

“With the propensity of Speaker Arroyo to say something and do the opposite, anything is possible,” Lacson said.

The House vacillates on the budget row, Lacson said.

“When they proposed to withdraw, we accepted. They backtracked. It’s their obligation to hold on to their word. They proposed again, they just have to do it,” he said.

If the House would stick to the changes it made after ratification, Sotto said he would just wait to sign the budget in August, when the new members of Congress take their seats.

He noted that the President had issued an executive order for the fourth tranche of the salary increases for government workers, so they would get to enjoy this even without a new budget.

May’s midterm polls are also not in peril as the Commission on Elections has a bigger budget for 2018 than in 2019, Sotto said.

If he were in the place of the House members, Sotto said he would take a cue from the President’s statement that he would not sign an illegal document.

But the Senate’s Legislative Budget Research and Monitoring Office found that the House realigned P79 billion worth of items under the budget of the Department of Public Works and Highways (DPWH) after the ratification.

Sotto said the House realigned the amounts to other local infrastructure projects and districts not identified by the DPWH. —WITH A REPORT FROM CHRISTINE O. AVENDAÑO