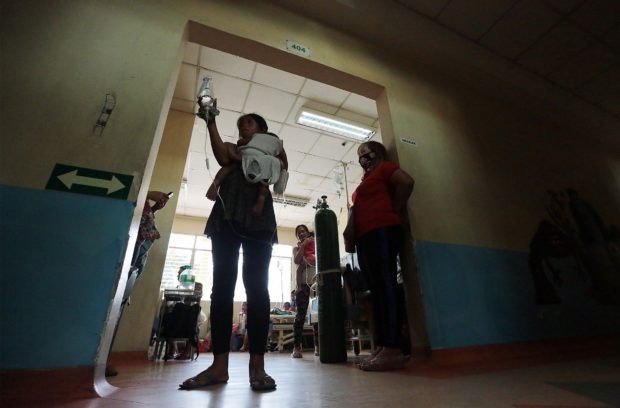 MANILA, Philippines — In less than three months, over 21,000 measles cases have been recorded across the country, with 315 fatalities, the Department of Health (DOH) reported.

In the latest DOH Epidemiology Bureau report, a total of 21,396 measles were recorded from January 1 to March 14, 2019, with 315 people dead after contracting the disease.

Cavite, Laguna, Batangas, Rizal, and Quezon (Calabarzon) recorded the highest number of measles cases and death, with 4,401 and 87, respectively.

This was followed by the National Capital Region (NCR) with 4,266 cases and 85 deaths. 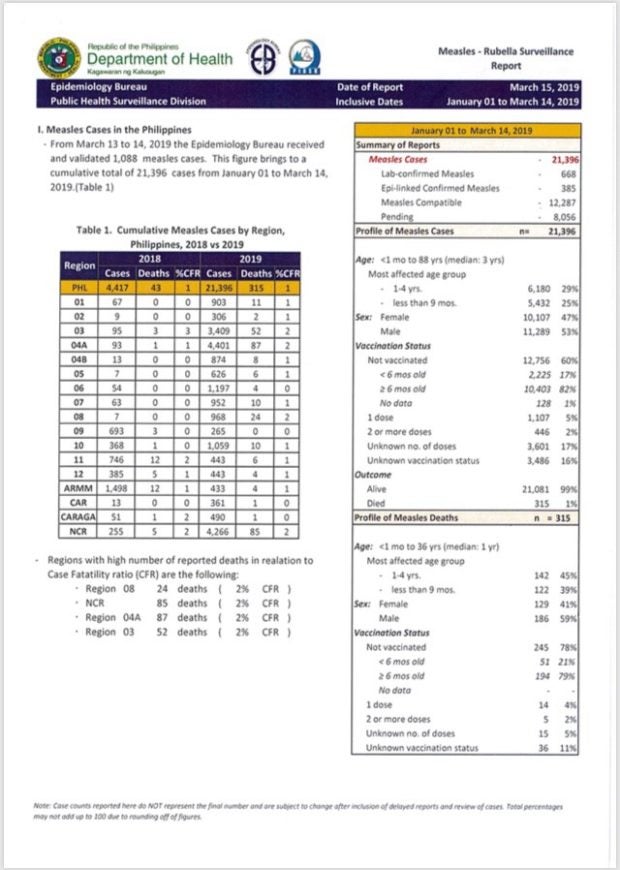 In early February, the DOH earlier said a measles outbreak in Metro Manila and parts of Central Luzon and Central Visayas as the number of cases sharply rose in those areas.

It also raised a “red flag” health alert status in Bicol due to a surge in measles cases in the region. /jpv