MANILA, Philippines — A police officer and his companion were arrested for possession of illegal drugs during a checkpoint operation in Las Piñas early Thursday. 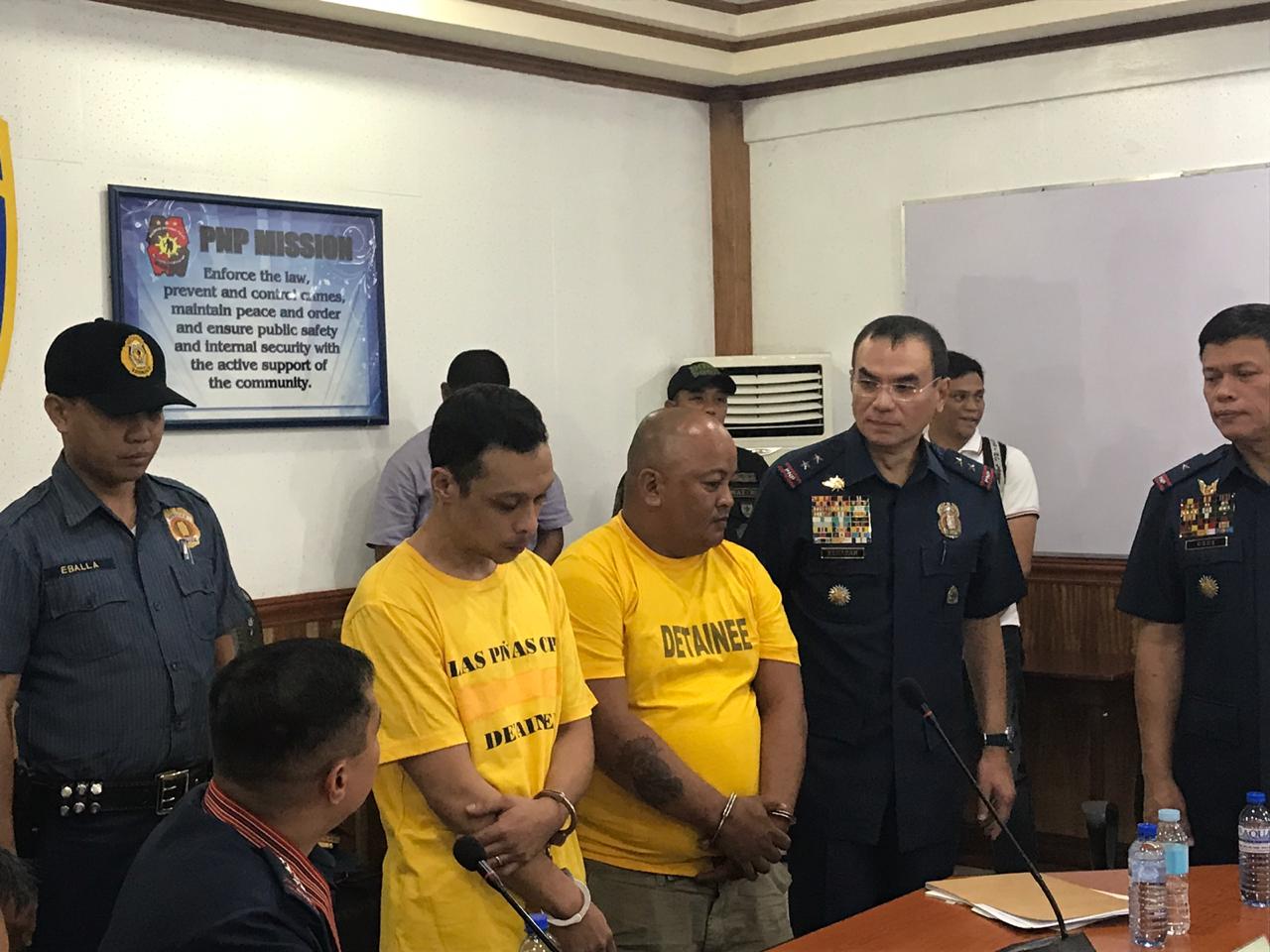 PO2 Hernandez and Servito at the SPD headquarters. (Photo by Consuelo Marquez./INQUIRER.net)

Gamboa is the officer-in-charge of the PNP with PNP chief Oscar Albayalde now in the United States for a counter-terrorism discussion with the Federal Bureau of Investigation (FBI).

Hernandez, who was absent without official leave (AWOL) since 2012, was arrested by Las Piñas police officers manning the checkpoint in front of a restaurant along the Alabang-Zapote Road in Las Piñas City at about 4 a.m., Gamboa said.

According to the National Capital Region Police Office (NCRPO), Hernandez was formerly detailed at the Pandacan Police Station.

Hernandez was aboard his motorcycle with his companion Servito when they were arrested.

Seized from the duo were three heat-sealed transparent plastic sachets containing suspected shabu, a weighing scale, an improvised tooter and a knife.

According to the police, the arrested suspects will be facing charges for violation of Comprehensive Dangerous Drugs Act 2002 and the Omnibus Election Code for the illegal possession of a bladed weapon during the election period. /muf