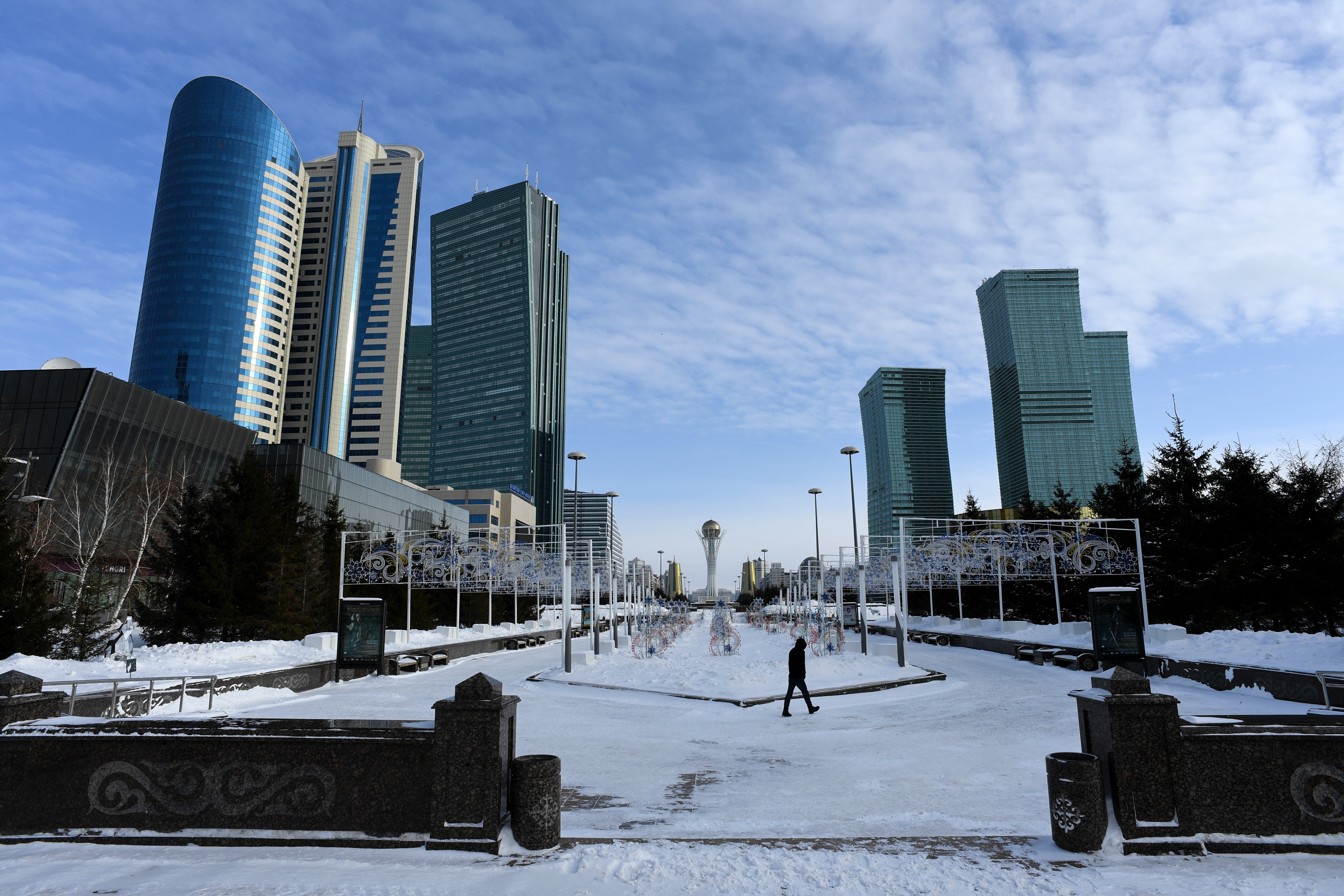 In this file photo taken on January 22, 2017 a man walks in downtown Astana, with the Bayterek monument seen in the background. Kazakhstan’s parliament on March 20, 2019 voted to rename the country’s capital after former president Nursultan Nazarbayev, state media said. “Astana is now officially renamed Nursultan,” the state-owned Kazinform news agency said after a parliamentary vote. (Photo by Kirill KUDRYAVTSEV / AFP)

Almaty, Kazakhstan — Kazakhstan’s parliament on Wednesday voted to rename the country’s capital in honor of longtime ruler Nursultan Nazarbayev, a day after he resigned as president, state media reported.

In his first official act, Tokayev proposed that Astana — the gleaming new capital Nazarbayev erected in the country’s vast steppes — be renamed “Nursultan”, or “Sultan of Light”.

Astana replaced Kazakhstan’s largest city Almaty as the capital in 1997 and was transformed from a minor provincial town into a futuristic city.

Its name meant “capital” in Kazakh and there had long been speculation it could at some point be renamed after the leader who shaped it.

It was not the first name change for the city, now home to more than 800,000 people.

Astana was previously known as Akmola, Tselinograd, and Akmolinsk. /kga

Read Next
Outrage in Vietnam over $8 fine for elevator sexual assault
EDITORS' PICK
Heads may roll at BOC, says Palace if sugar smugglers are allowed to use recycled import permits
What to watch out for when selecting a video surveillance solution
Apple warns of flaw that lets hackers into iPhones, Macs
House energy committee chair Arroyo bats for cheap electricity
46% of schools nationwide to have full face-to-face classes on Aug. 22
vivo brings to the Philippines a powerful smartphone with a slimmer body, the vivo Y02s for only PHP 6,499
MOST READ
DepEd to give teachers P5K cash allowance within first week of classes
Dressing the dead: Indonesian villagers clean corpses in afterlife ritual
DOJ indicts bank officer in $2.1 billion Wirecard fiasco
Mayor bares issues vs closed QC school
Don't miss out on the latest news and information.