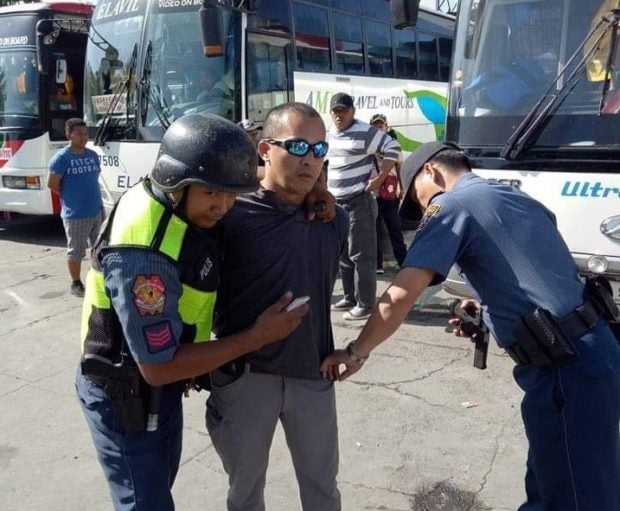 MANILA, Philippines — A Pasay City prosecutor has dismissed the complaint filed against the Army soldier  arrested on Monday for allegedly poking his gun at a bus terminal porter.

Senior Supt. Bernard Yang, chief of Pasay police, said the case was dismissed after the complainant executed an affidavit of recantation.

“There was [a case filed] but (it was) eventually dismissed by the prosecutor because the complainant retracted and withdrew his allegations,” he said in a text message.

In an interview with INQUIRER.net, Chief Inspector Freud Vila, chief of the Malibay Police Community Precinct, said that a porter and a witness initially told them that Andilab poked his gun at the former, after reportedly refusing to pay the P50 fee for carrying the soldier’s belongings.

Andilab, who claimed to be a policeman, was arrested and brought to the Pasay City Police Station. Police  found out that he is a member of the Philippine Army after his arrest.

READ: Soldier arrested for poking gun at a bus porter in Pasay

Vila, however, said the porter withdrew his statement and instead said that the soldier only allegedly showed his gun to him.

(He withdrew his earlier statement. At first he said that the soldier poked a gun at him then later on he said the latter only showed his gun to him.)

Vila said on Monday that they will file a case against Andilab for violation of the gun ban. But Inspector Allan Valdez, deputy chief of investigation at Pasay City Police, said that necessary gun permits were found from him.

He said that a case of other light threats was instead filed against Andilab but was dismissed because of the withdrawal of the bus porter’s allegations.

Andilab was released from the custody of the police at around 6 p.m. on Monday, according to Yang. /jpv