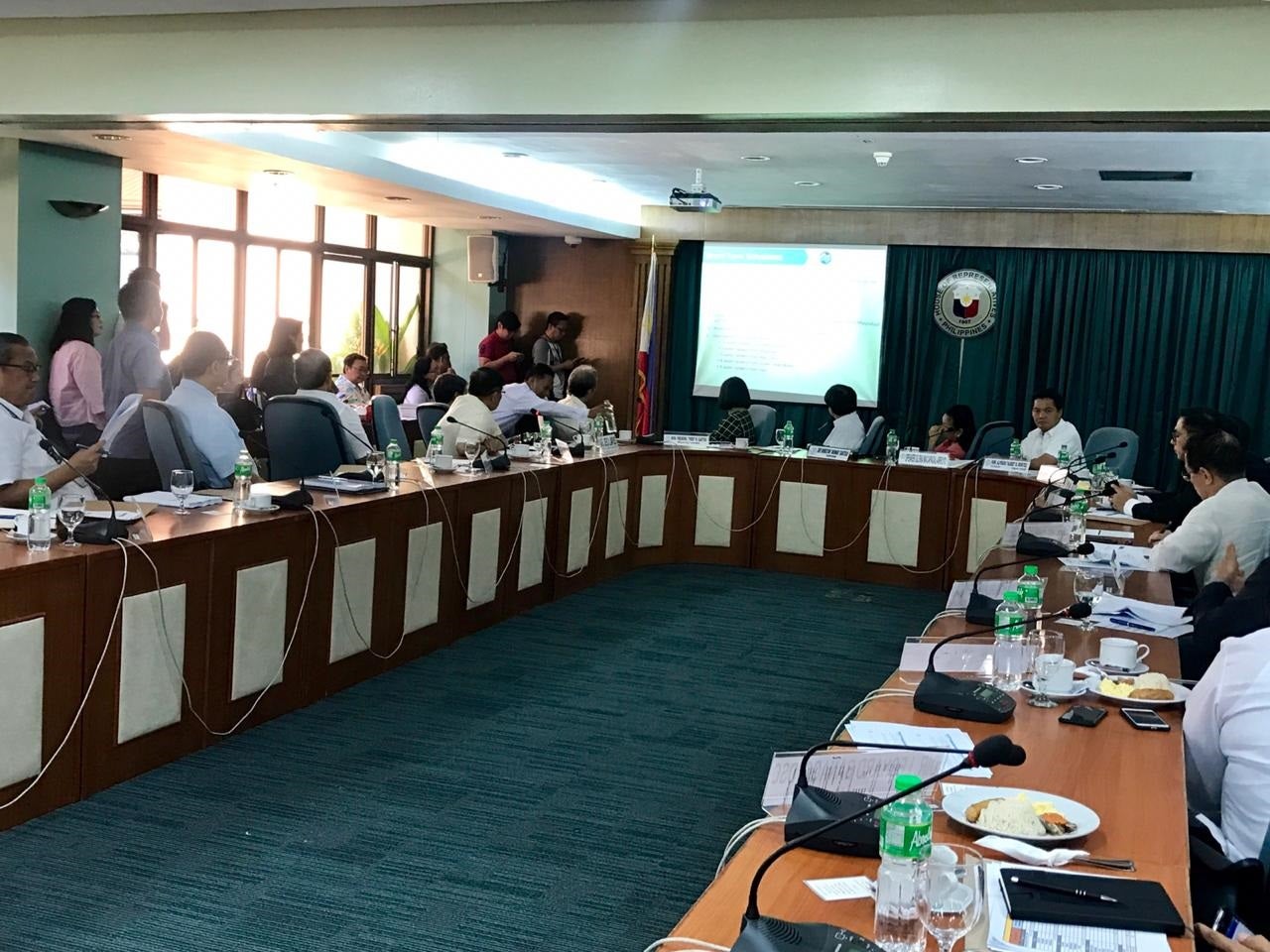 The House of Representatives conducts a hearing on the water service interruption in parts of Metro Manila and nearby provinces. INQUIRER.NET / NOY MORCOSO

The Manila Water official said he was ready to resign, but doubts this would solve the problem.

Dela Cruz also said the concessionaire was ready to face any charges that would be filed against them.

Dela Cruz said the supply deficit would last until before the end of the dry season. However, he said they were continuing to implement their contingency plan to address the “water shortage” which he attributed to the low water level at the La Mesa dam.

Dela Cruz also said 80 percent of their service coverage had already been supplied with ground-floor water since March 15, and they hope to make it 99 percent by month’s end. From March to May, he said they would gradually increase the water pressure so it could reach households’ higher floors.

“By end of May, we expect that the situation would be 100 percent. What I cannot guarantee is [the water pressure],” he said.