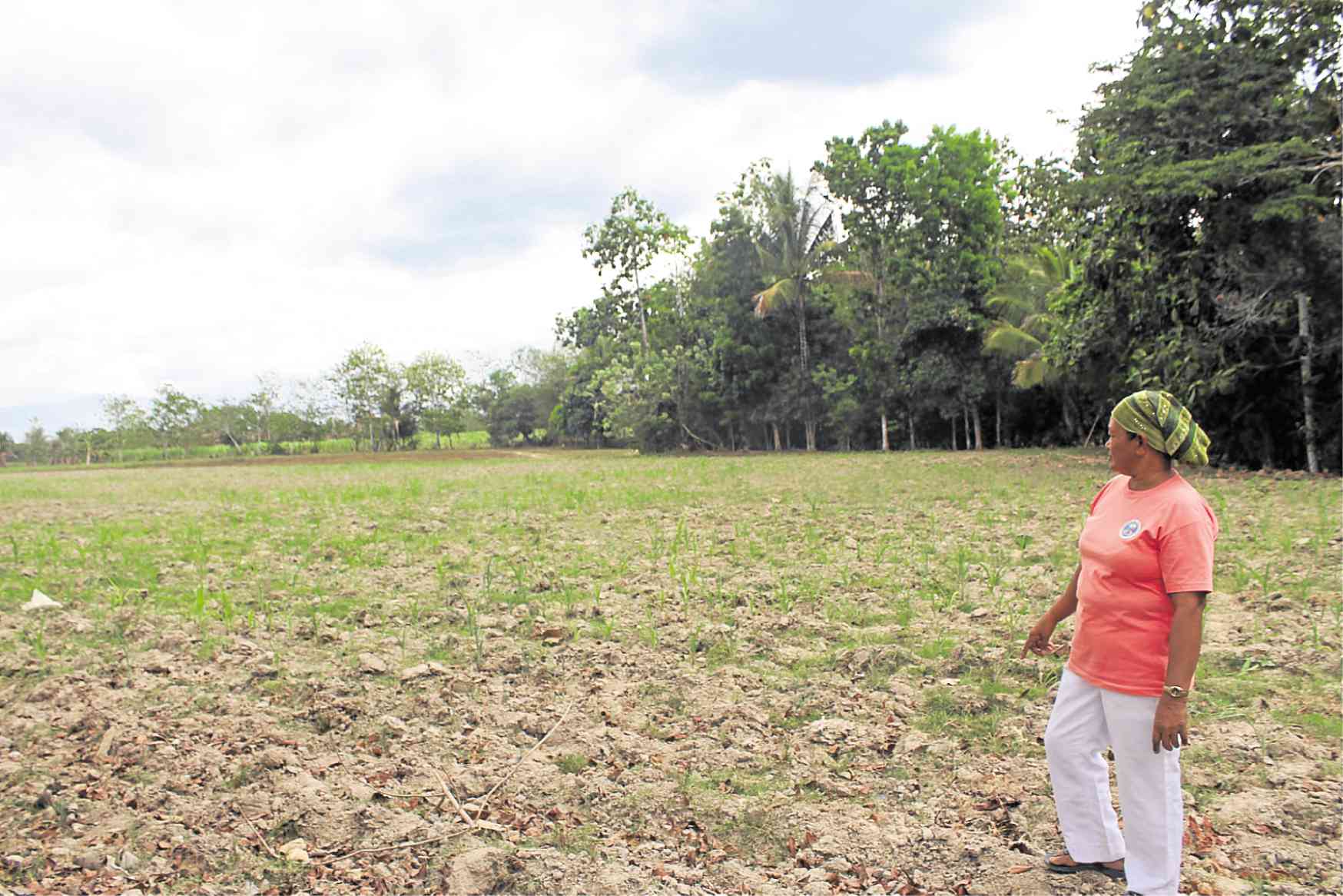 PARCHED Farms in Cotabato province are parched due to extreme heat. —WILLIAMOR MAGBANUA

KIDAPAWAN CITY — The provincial board of Cotabato placed the province under a state of calamity after crop losses attributed to the dry spell was projected to reach P1 billion.

The Sangguniang Panlalawigan, in a resolution approved on Tuesday, also cited the increasing number of measles and dengue cases and the recent fires in Arakan and Antipas towns that killed five people as bases for the declaration.

Vice Gov. Shirlyn Macasarte-Villanueva said damage to crops in 16 towns and a component city in the province reached P675 million as of last week but officials were expecting the figure to hit P1 billion as assessment reports from municipal governments had yet to be completed.

Records from the Integrated Provincial Health Office (Ipho) showed that at least three people died of dengue in the province during the first quarter of this year. Dengue cases increased by 210 percent compared to the same period last year, according to Ipho.

The state of calamity declaration will allow the provincial government to tap the 5-percent calamity fund allotment to aid drought-hit and disease-stricken communities.

In Kidapawan City, at least P18 million in calamity funds will be used to give immediate relief to farmers in villages hit by the dry spell.

Reports from the Department of Agriculture in the region said El Niño had affected the provinces of Davao del Sur and Davao Occidental and parts of Davao City.

In Davao del Sur, some 2,000 hectares of rice lands in the towns of Matanao, Magsaysay, Hagonoy, Kiblawan and Bansalan had been hit by dry spell.

The Matanao municipal government had declared the town under a state of calamity last week.

Helen Carampatana, Magsaysay municipal agriculturist, said P8 million worth of palay in the town had been destroyed by the dry spell. 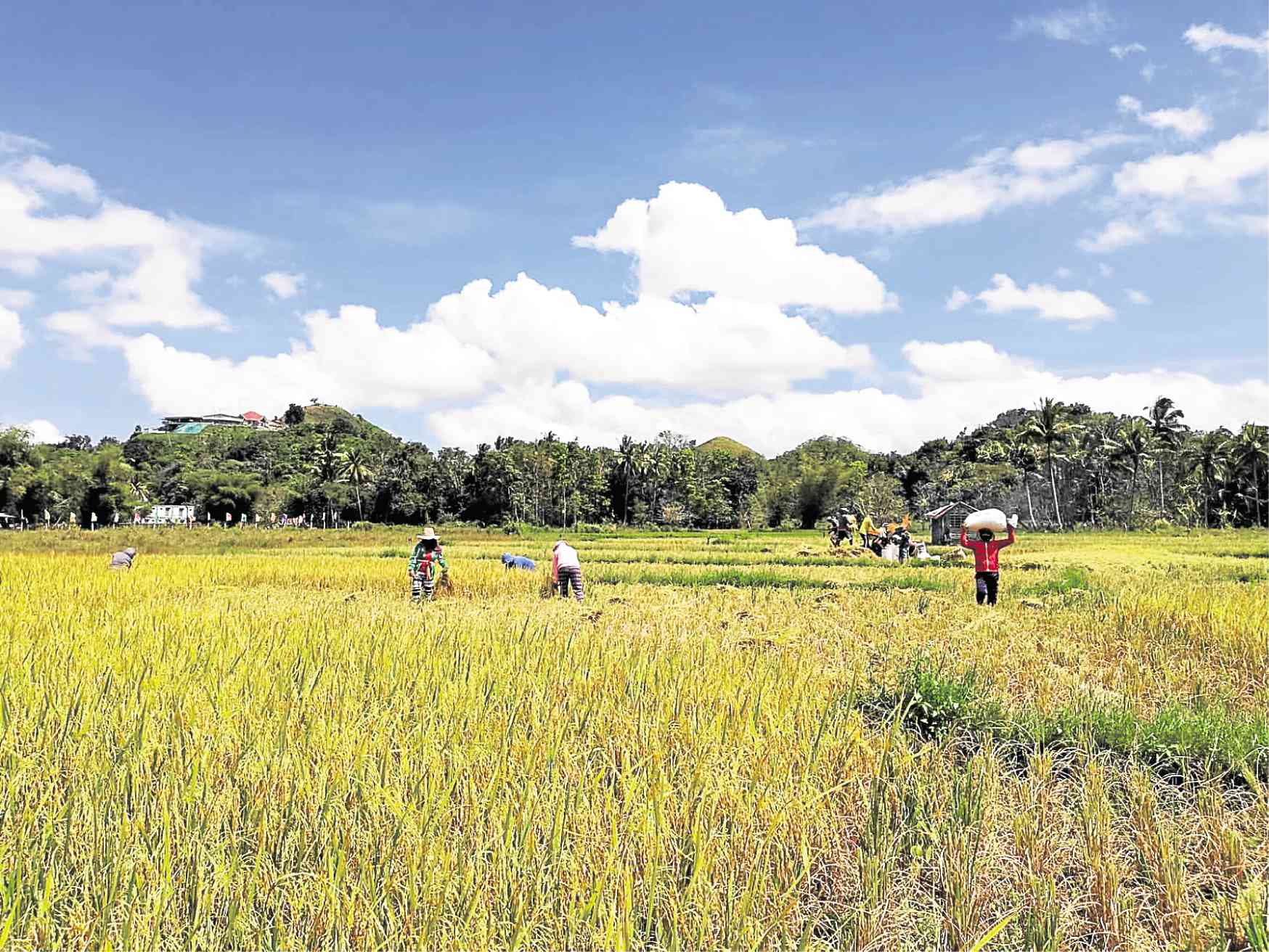 GRANARY HURTING Farmers in Bohol province, the rice granary of Central Visayas, are expecting to incur losses as dwindling irrigation water supply and lack of rainfall have damaged their crops. -LEO UDTOHAN

In the Visayas, farmers in Bohol province, known as the rice bowl of Central Visayas, reported that their palay had either wilted or had been charred due to intense heat.

The lack of water in an 8,000-square-meter farm of Orcesio Amoy in Sitio Camanayon, Barangay Buenos, in Carmen town caused palay to wilt.

His rice paddies had cracked due to lack of water while the palay had turned yellow.

Amoy said he was expecting to post huge losses.

Last year, he was not able to recover the P20,000 he invested in farm inputs after suffering from the brunt of a dry spell.

Gerry Quita, a farmer from Sierra Bullones, said the intense heat had literally burned some of the stalks while others had wilted. Those that survived were stunted.

He relied on rains that didn’t come.

Farmers are expected to produce a total of 200,000 metric tons of palay, equivalent to at least 100,000 MT of milled rice that can feed 1.1 million people for a year.

The agriculture sector in the province remains a major source of employment and livelihood, with 42 percent of the province’s population working in or dependent on agriculture.

Bohol has a total of 46,587 ha of rice farms, accounting for 25 percent of the province’s agricultural land.

Of the rice fields in Bohol, 24,000 ha are irrigated and the rest rely on rain.

Some springs and creeks in the province are also drying up.

Acting Provincial Agriculturist Larry Pamugas said cloud seeding would be conducted in May.