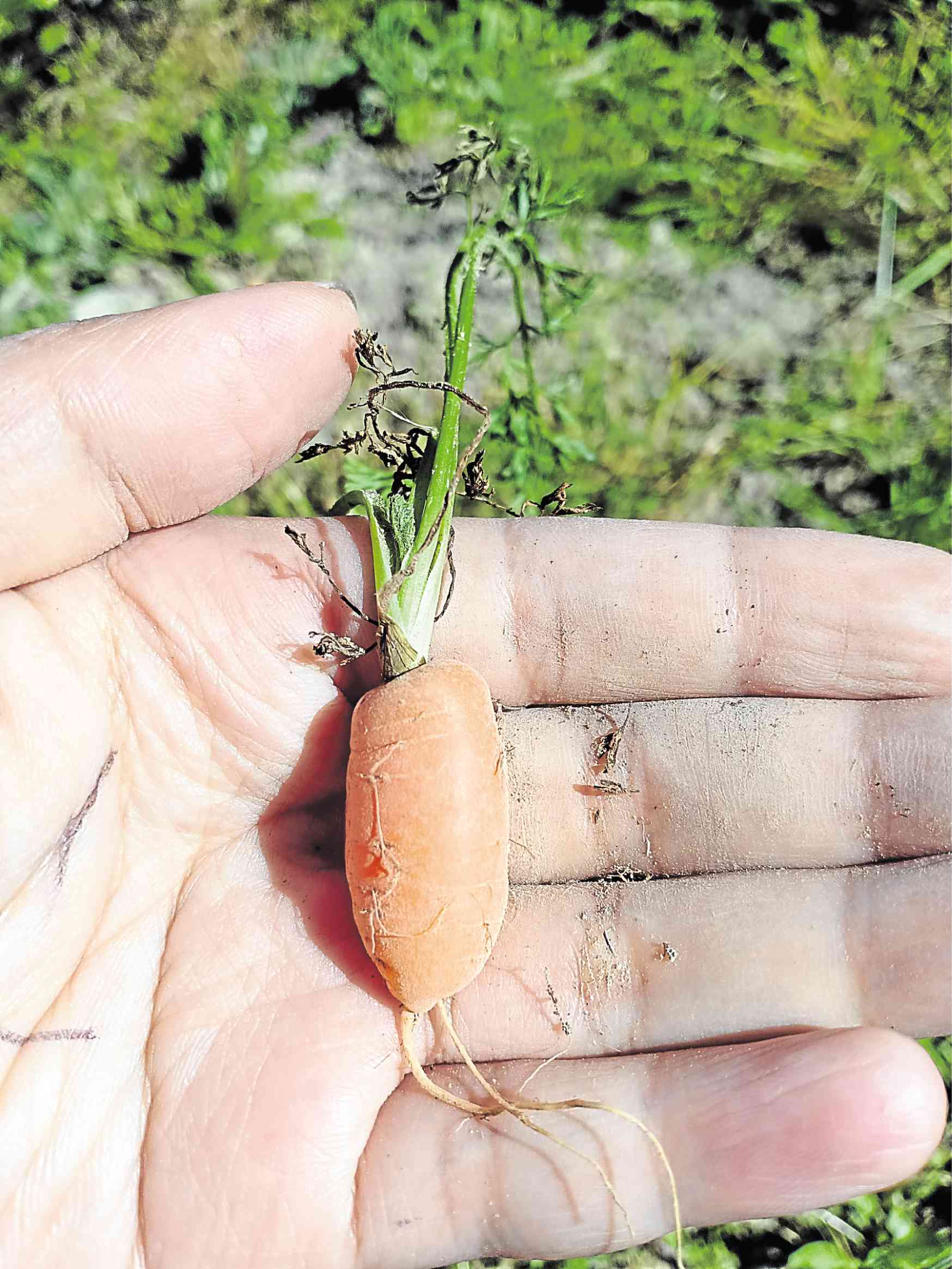 Augusta Balanoy, manager of the Benguet Farmers’ Marketing Cooperative, said at least five villages in four Benguet towns have been suffering from water shortage since Feb. 4 due to reduced rainfall associated with the weather phenomenon El Niño.

Balanoy said this had led to withering crops and pest attacks at Barangay Catlubong and Loo in Buguias town, Madaymen in Kibungan and Balili in Mankayan, all in Benguet.

“Cabbages in the affected areas were being attacked by the diamondback moth and this could have been prevented if the plants were watered regularly,” Balanoy told the Inquirer.

According to the Benguet agriculture office, 26,000 hectares of cultivated farm land in the province are irrigated while 30,000 ha are rain-fed.

Semi-temperate vegetables, such as cabbages or carrots, are being grown in 38,000 ha.

“Considering that it is no longer the peak season, the supply is enough. This is normal during ordinary days,” he said.

In Pangasinan, another forest fire broke out on Wednesday afternoon at Sitio Parasapas in Barangay Cacabugaoan, which is at the foot of Mt. Lacab Palale in San Nicolas town.

The fire ravaged a 1,000-square-meter forest in the mountain before it crossed to nearby Mt. Tapilok at Barangay San Eugenio, Natividad town, and destroyed about 20 ha of trees and cogon grasses.

Residents in Sitio Parasapas burned a grassy patch on Wednesday afternoon as they prepared to grow cogon. The extreme heat and dry condition may have caused the fire to spread quickly, destroying the vegetation in the two mountains.

This happened barely a day after a forest fire destroyed a reforestation project in the Zambales Mountains straddling Mangatarem and Aguilar towns in Pangasinan.

Last month, fire razed a wide area in the mountains of Sual town.

In Nueva Ecija, at least 232 ha of forest were razed by fire in the past two months partly due to extreme heat.

The affected areas were mostly in Carranglan, including a national greening program site at Barangay Puncan, and in Lupao town. —REPORTS FROM KIMBERLIE QUITASOL, GABRIEL CARDINOZA AND ARMAND GALANG