In Dagupan, vote-buying comes in many forms 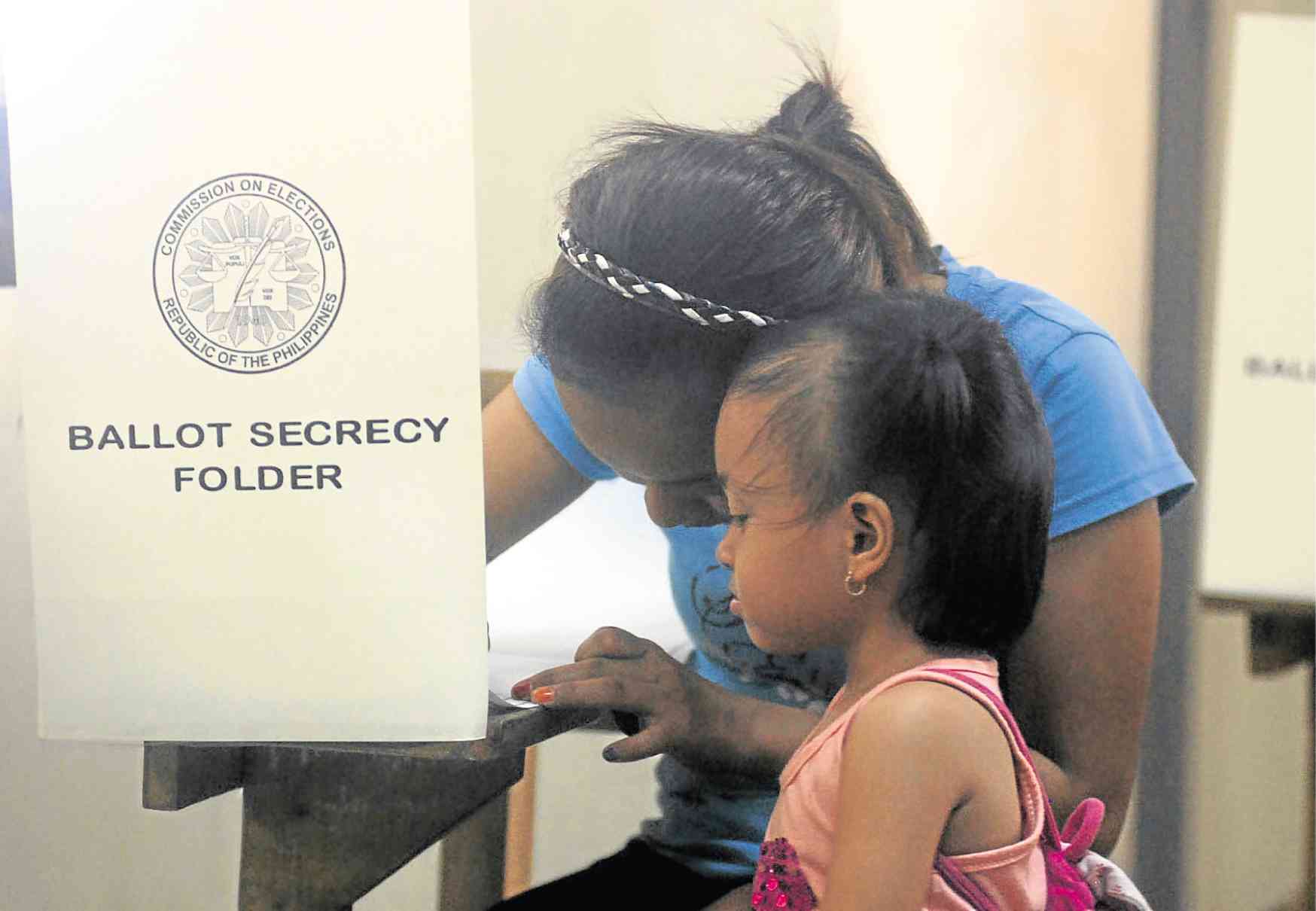 NOT FOR SALE Poll watchdogs have been urging voters to reject candidates who buy votes. —INQUIRER PHOTO

DAGUPAN CITY — Gone are the days when candidates and their supporters will knock on homes in the dead of the night to give money in exchange for votes.

The practice is called “pakurong” in Pangasinan and can be loosely translated as “slowly crawling” because vote-buying then was done discreetly.

But over the years, pakurong has evolved to not only involve money used to buy votes but also gifts, such as shirts, buckets, basins, umbrellas, rice and tins of sardines.

Worse, the practice is now being done on broad daylight, according to a political observer, who requested anonymity.

“Nowadays voters would even shout at candidates campaigning in the villages: ‘Kulaay pakurong? (Where is the money?),’” he said.

He added: “Pakurong has become a blatant display of vote-buying activities and now comes in various forms and different names.”

“Vote-buying is no longer discreet. It is done in a road corner, air-conditioned gymnasiums and other public places,” he said.

The Omnibus Election Code prohibits vote-buying by candidates, with violators facing prison terms of one to six years and disqualification from holding public office.

Another form of vote-buying is called “patawag,” where the candidate gathers voters by sector—tricycle drivers, street vendors, “tanod” (village guards) and other groups.

During the gathering, “bonog,” or the distribution of money as much as P1,500 for each attendee, is carried out. Sometimes it comes with “loot bags.”

A local candidate once told villagers during a campaign sortie that people should thank him for running against a political family. “If I did not run, ‘awan ti waras (there will be no money distribution),” he told the cheering crowd.

He said without an opponent, candidates would not buy votes.

“Maybe they will buy me out from running. That means I will have a full pocket, but what about you? You get nothing!” he told the crowd.

A congressional candidate told reporters here that his opponent was working double time to court votes by giving away money.

“All candidates are giving something to court your votes—money, calendars, shirts, hats and others. Accept them all,” another candidate said at a recent campaign sortie.

“But please study very well the candidates that you will vote for,” he added.

Pakurong, patawag and waras are done until Election Day, the political observer said.

“Supporters of candidates with money would stay near voting precincts, trying to lure voters to choose their bets,” he said.

According to him, candidates target the undecided voters or those who have not made up their minds until Election Day.

“But whatever is given to the voters throughout the campaign period, most undecided voters would eventually go for the candidates who last gave them the waras or pakurong,” he said.