Rotten food found inside a school canteen in China’s Sichuan province has sparked outrage among parents, leading to protests and suspended school officials. 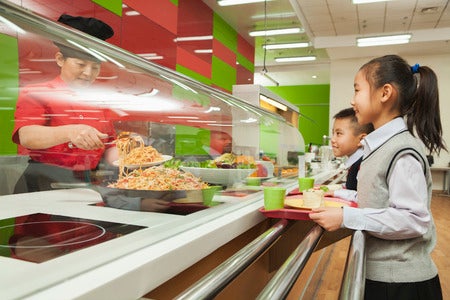 During a visit to the Chengdu No 7 Experimental High School on Monday, March 11, parents found the food in bad condition. The food included moldy bread and rotting meat and seafood, Sixth Tone reported yesterday, March 13. The concerned parents took pictures and shared them on Chinese social media site Weibo.

The parents were in the school for a tree-planting event on Monday when some passed by the canteen’s kitchen, BBC reported today, March 14.

The food, which a parent described as “stinky and disgusting,” was found in cardboard boxes. A container with tripe appeared to have dirt on it while chestnuts were found scattered on the dirty floor.

Parents were mortified about the lack of care being given to their children, considering that the private school costs 39,000 a year (P305,300) and accepts only top students. Last November, students complained of stomach illnesses, which may be why the parents chose to inspect the kitchen, as per BBC.

When two trucks were seen transporting the rotting food away from the school, furious parents managed to block one of the trucks in protest. On Wednesday, hundreds staged a protest outside the school gate which resulted in police using brute force and tear gas for “disturbing social order,” as per Wenjiang District police via Sixth Tone.

The school has apologized, stating that it was “embarrassed.” It further stated that it had fired their food supplier, which also provides food to over 100,000 students in the province, as per Sixth Tone.

School officials have been suspended as the incident is under investigation, Caixin reported today. The district’s education bureau will provide students’ meals in the meantime. Niña V. Guno/JB

Expired polio vaccines given to over 100 children in China