Cops tracking down suspect in slaying of girl in Lapu-Lapu 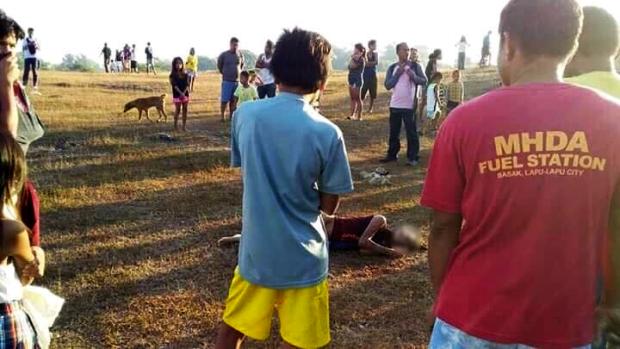 CEBU CITY — The police now have the identity of one of the three men who were last seen with the 16-year-old girl who was found dead with half of her face gone in Lapu-Lapu City.

Senior Supt. Limuel Obon, Lapu-Lapu City Police Office (LCPO) director, he had already ordered officers to track down the suspect, whom they believed had not left Mactan Island.

“We already have a suspect but we cannot reveal it now. We cannot disclose his location,” Obon said.

She left her home in Barangay Mactan, Lapu-Lapu City, on Sunday to go to church, where she served as a collector during the Mass.

Police said three men were seen with the girl on the night she was killed.

Supt. Benjamin Lara, medico-legal officer of the Regional Crime Laboratory in Central Visayas, said that Silawan had 20 stab wounds in her body.

What killed her were the wounds in her neck, Lara added.

“She also had defense wound on her arm, which showed that she tried to fight back,” he said.

But Lara said they could not yet explain what happened to her face, from which half of the flesh had been removed, exposing her skull.

“The eyes were not burned. Her pupils were intact,” he said.

He pointed out that, if her face had been doused with chemicals like acid, her eyeballs would have been burned like the rest of her skin.

Lara said the girl might have already been dead when she was skinned.

As to the possibility that she was raped, considering since she was found naked from the waist down, Lara said they didn’t find any fresh lacerations on her genitals.

But he added swab samples taken from her genitals for laboratory tests in Camp Crame in Quezon City to determine the presence of male body fluids. /atm